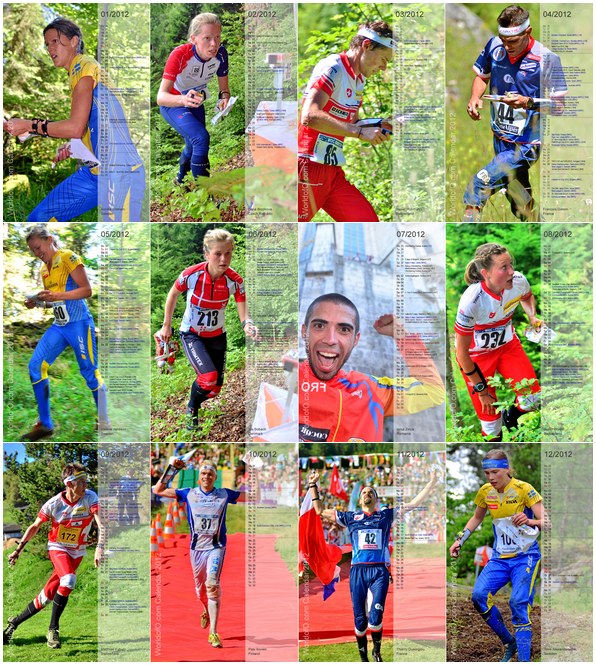 Thierry Gueorgiou, Ida Bobach, Ionut Zinca, Helena Jansson, Daniel Hubmann and Tove Alexandersson have all two things in common: They were behind some of the greatest orienteering achievements of 2012 2011 – and they are featured on the World of O Wall Calendar 2012.

The World of O Wall Calendar 2012 gives you all the WRE races of 2012 along with other important races in 2012 from the World of O Calendar. Pictured on the calendar are the Top 6 men and women in “The Orienteering Achievement of 2011″.

The final version of the calendar is available here.

Below you see each month in the preliminary version of the World of O Wall Calendar 2012. Downloadable PDF-version will be available early next week.

Jan Kocbach is the founder of WorldofO.com - taking care of everything from site development to writing articles, photography and analysis.
@jankoc
Previous Best O-memories of 2011: Worth a reread!
Next Free PDF Download: WoO Wall Calendar