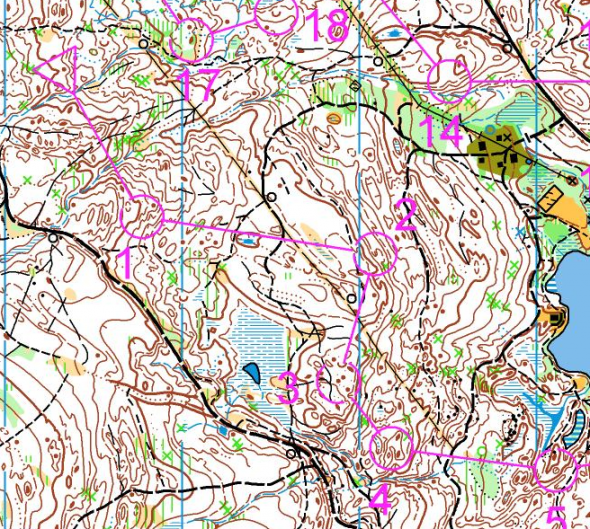 A great day for New Zealand in the Junior World Championships in Kosice, Slovakia today. Tove Alexandersson back on top after two days with big mistakes.

Ogden showed his strength already at the sprint and long with 10th and 14th places respectively, but the middle distance final today was something really exceptional by the Kiwi compared to what he has shown earlier.

According to New Zealand orienteering Ross Morrison, Ogden is one of the most dedicated athletes in the history of NZ orienteering. – His mind is non-stop orienteering, and that’s what makes a champion, Morrison writes. The young New Zealand orienteer is also known for his very good skills in Catching Features – currently ranked 8th in the world. According to Morrison, Ogden was initially selected for the NZ WOC 2012 team to run in the relay, but decided to focus on Oringen in his last junior year. 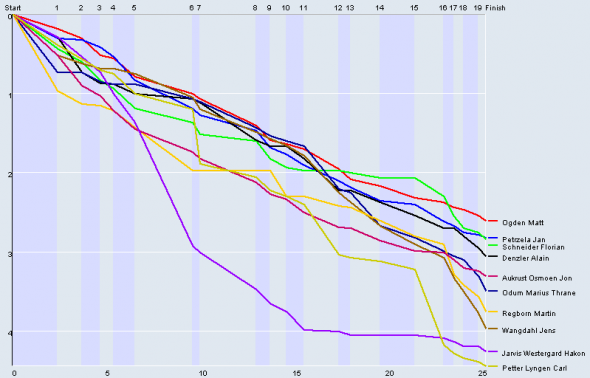 It was a very tight race, with none of the runners doing a consistently good race all the way. Ogden, while having a bit lower top speed than his main contenders, did manage without any significant mistakes – and that was the secret for success in this tricky middle distance race with many short legs in terrain with varying runnability.

Czech Petrezela was on very good way to gold when passing the spectator control, but seemingly did not manage to stand the pressure, and lost time to control 16, 17 and 18. 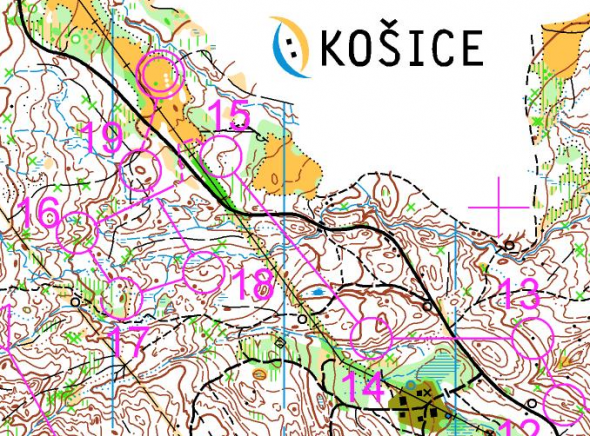 Gold despite bad start for Alexandersson

Alexandersson did not do a perfect race today – but still it was enough to fight her way to gold. To orientering.se the Swedish runner explained how even careful running to the first control led to a new mistake at the first control.

– My tactics was to take it easy and be very accurate to the first control, but I still missed a minute. That made me a bit distressed, og I never got the flow in the orienteering after that. I had to fight all the way to concentrate.

In the splitsbrowser below you see how Alexandersson is far behind the leaders at the first control, but she continues in a speed nobody else is even close to. Especially on the long legs Alexandersson has another speed than the others. 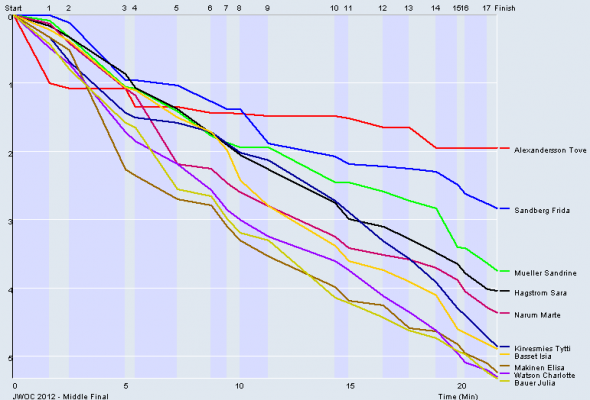 You find the maps here:

Jan Kocbach is the founder of WorldofO.com - taking care of everything from site development to writing articles, photography and analysis.
@jankoc
Previous JWOC Middle Qual: Maps and Results
Next WOC 2012: All you need to know!