In todays leg in Route to Christmas we are moving south from Scandinavia to Switzerland. The race in question is the first national race on April 9th – and as there was GPS tracking in this race there is a lot of data to analyze. With WOC being run in Switzerland in autumn, there were a lot of national team runners on the start making the race more interesting than a regular Swiss competition.

Thanks a lot to Sewerin Howald for the tip. If you know about a candidate – don’t be shy – just send me an e-mail at jan@kocbach.net!

The chosen leg is the second leg – a leg which had a very nice spread of the runners. The leg is as usually first provided without routes – you may take a look at it and think about how you would attack this leg (if the image is too small, you may click on it to get it larger): 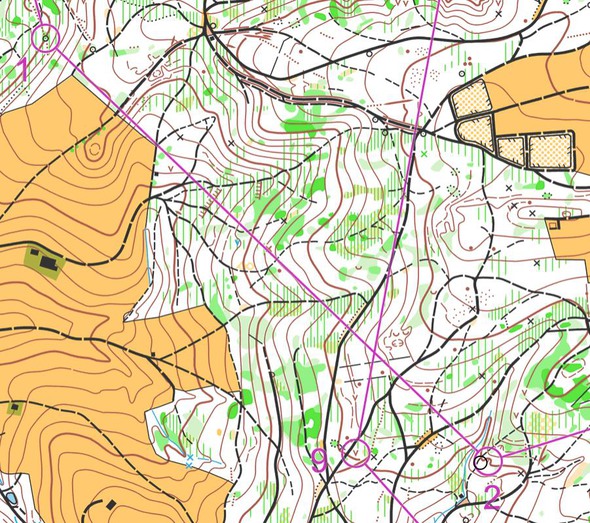 Then you can take a look at how the runners solved this leg. As there was GPS-tracking for a lot of runners in this race, I “played” a bit with the GPS-data and made several figures in order to understand easily the challenges on this leg.

The first figure simply shows all routes run – colored by the time used on the route. A lot of runners with GPS-tracking, so this looks quite complex. Anyway, it is quite clear that the direct variants are fastest – the leftmost variants are quite slow. 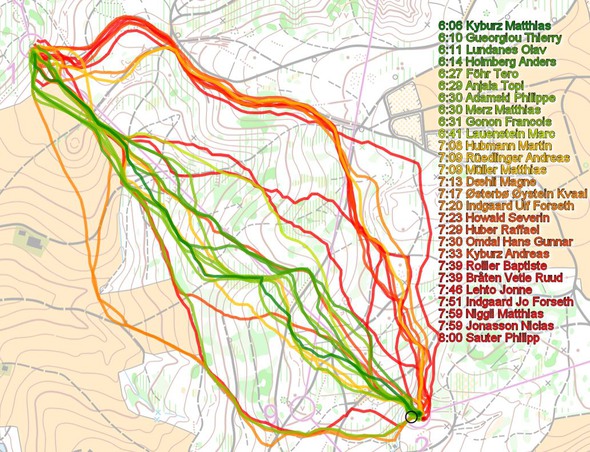 Next we use the “Show variants” feature in 2DRerun. This function analyses all routes run, and divides them into different “variants” based on how equal/different the routes are (Note that i removed a few variants were the runners obviously did mistakes). As you can see, this gives better overview over the different alternatives. It looks to be so simple that far left and far right have too much uphill compared to the runnability on the direct route – which obviously is not as bad as some of the runners running much longer around (and climbing more) had expected. Both Müller and Kvaal Østerbø run nearly 200 meters longer than the more direct variants. 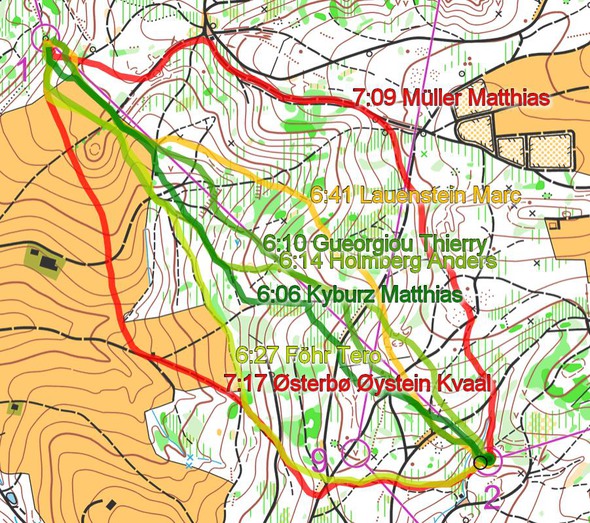 Next we look in more detail at the difference between different routes. Based on the GPS split-times, Kyburz and Gueorgiou are the two fastest (may be off by some seconds, though – I didn’t have full split times to correct the times). As you can see, Gueorgiou looses some time at the start of the leg – runs better in the middle (where Kyburz probably hit some nasty green for some meters), and lost a bit in the very end again. No significant differences here. 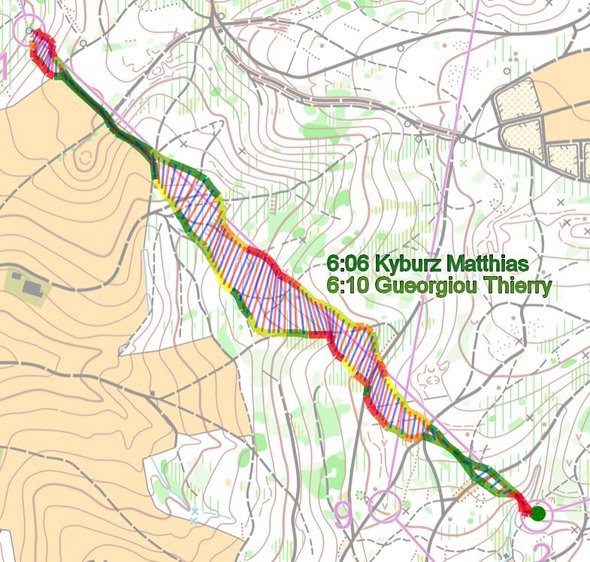 Then we have Kyburz up agains Tero Föhr. Föhr simply looses too much height, and therefore looses it up the last hill (he also has a bad start on the leg) 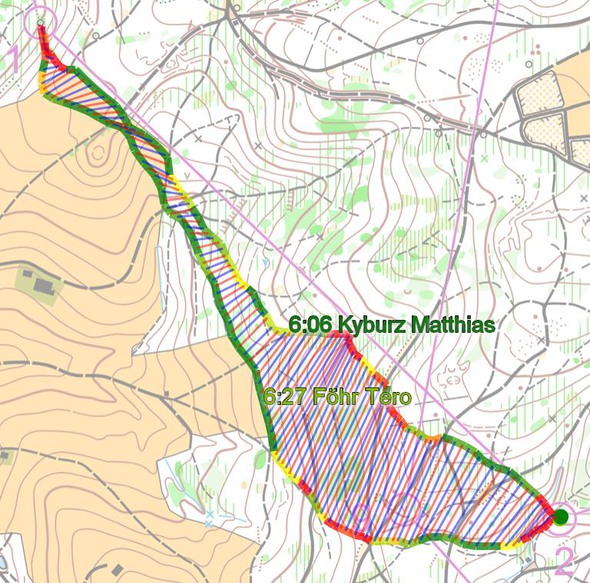 Next up Lauenstein: He gets caught in the green (marked with red:). 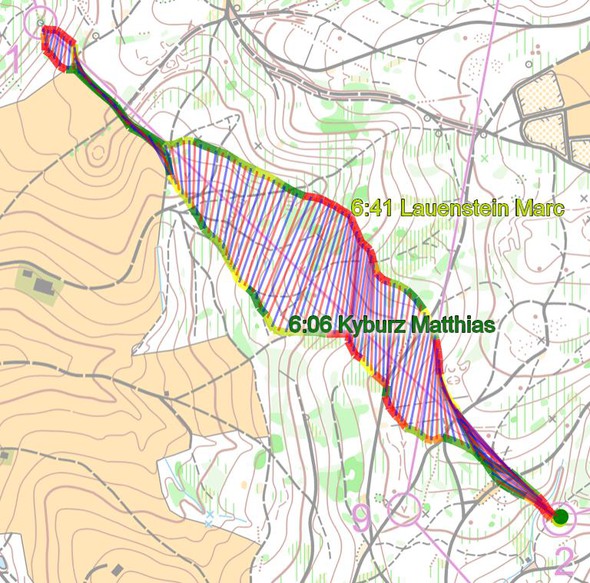 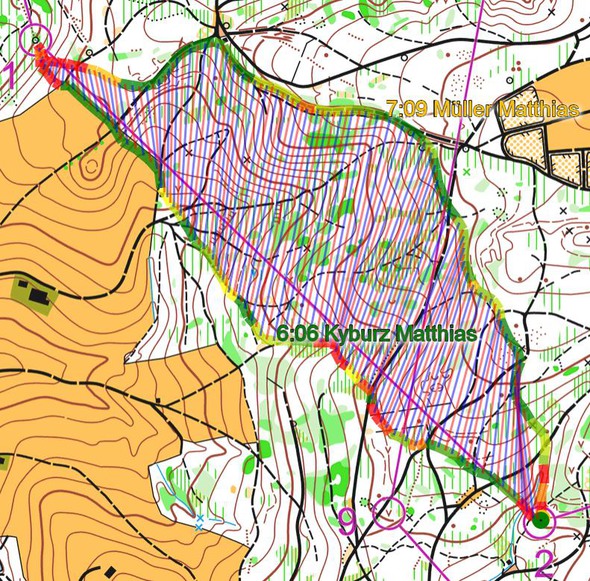