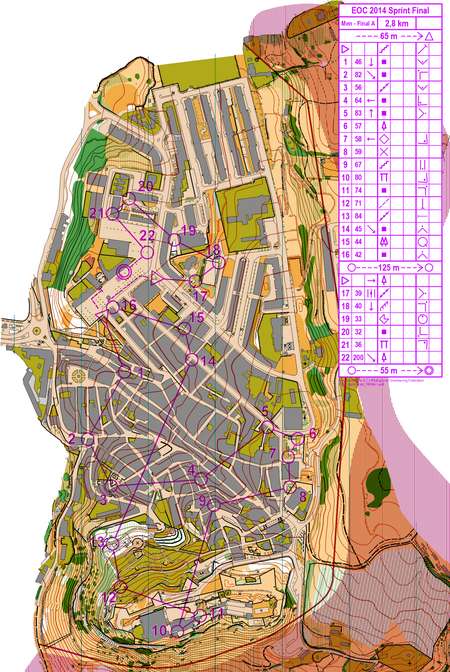 [Note! This article is based on unofficial results]

With the “failure” of the Swiss favourites in the men’s class, the Swiss were very happy with the gold medal in the women’s race with Judith Wyder on top. Wyder won ahead of Nadiya Volynska (Ukraine) with Julia Gross (also Switzerland) in third.

The hilly terrain – especially the part up towards the castle – made the route choice complex, and most runners did not know if they had taken the best routechoices when coming back to the finish.

– I think almost the whole way it was tricky, but I was feeling quite confident with my routechouices and just tried to push as hard as I could, the winner in the men’s class – Jonas Leandersson – said after the race, and added the obvious.  – It was a really good race. Obviously it was enough today, and I am really happy.

– Until the 8th control we did many different routechoices. Was a quite nice sprint with difficult routechoices. Every routechoice was maybe equally fast – I am looking forward to analyze the course.

WorldofO.com is planning to present an analysis of the sprint courses on Monday – for the benefit of Martin Hubmann and all other readers of WorldofO.com. For now, here are a few examples from the courses with some of the alternatives drawn. What would you choose in each of these cases? 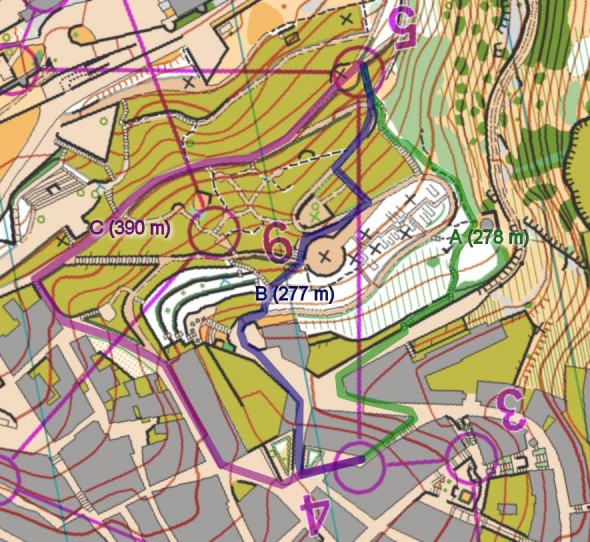 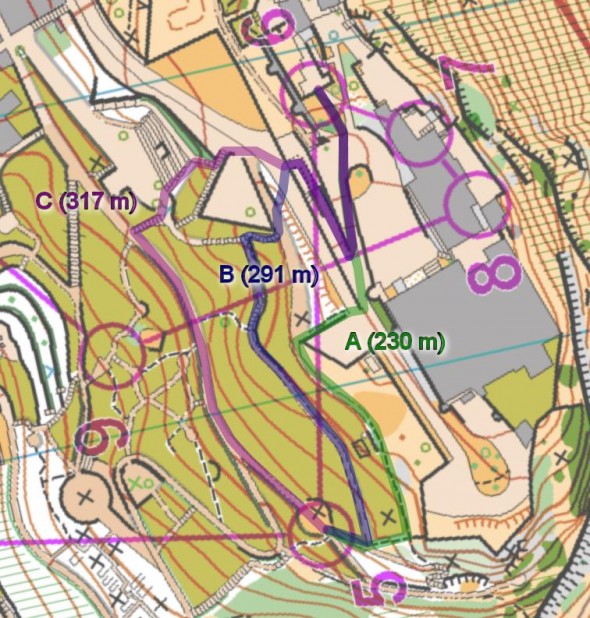 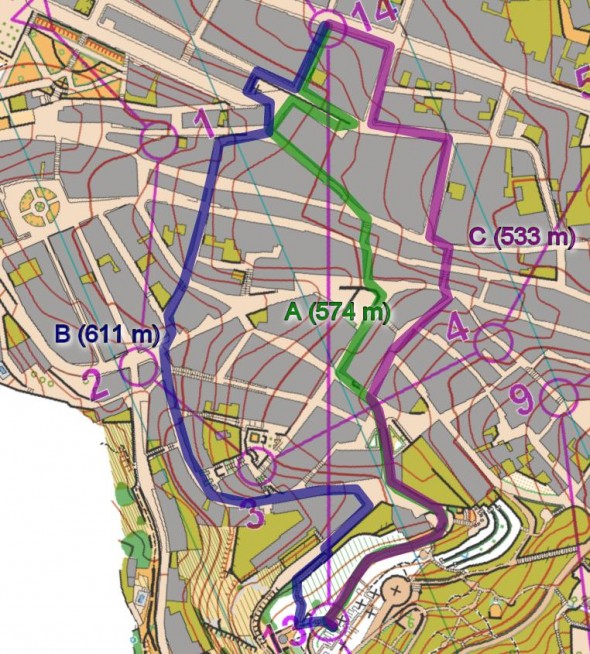 Jan Kocbach is the founder of WorldofO.com - taking care of everything from site development to writing articles, photography and analysis.
@jankoc
Previous EOC 2014 Long Qual: A quick look at the forking
Next SPAS Analysis for EOC Sprint: Athletes please enter routes!