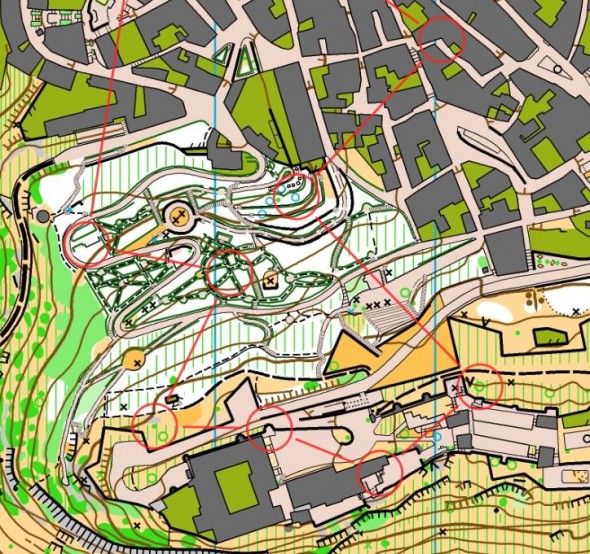 EOC 2014 starts for real with the Sprint Final this Sunday at 17:30 CET. GPS-tracking, live results and a video feed is promised – and from the old map it looks like we should get very interesting and challenging sprint orienteering in this first EOC final. With the finals approaching, technical problems are hopefully part of the past, and both athletes and spectators can start to enjoy nice courses and interesting terrain in Portugal.

As you can read below, there are clear favourites – but on the other hand sprint is the most open discipline – especially for the men – with 10-15 athletes who can take the gold. Above you see some legs on the old map of the area – it surely looks like it is possible to make interesting challenges for the athletes here!

The time schedule for the A-finals is as follows: 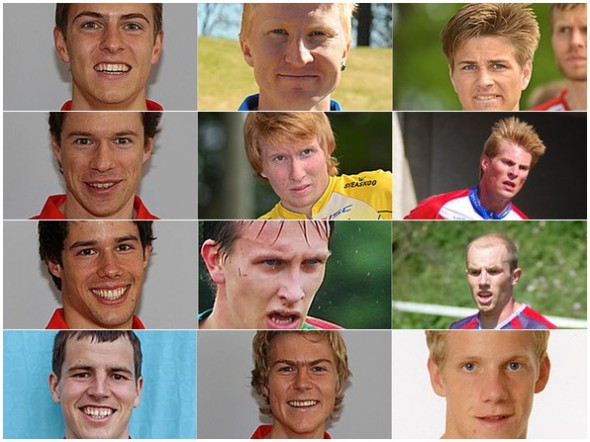 Even with 12 men of the favorites and outsiders pictured above (from the top of the World of O Sprint ranking with a few runners pushed up), there are several others who might also get the perfect race at EOC 2014 sprint and travel home with the Gold medal. Even though Mårten Boström won a very popular Gold medal at home ground in Finland at the World Championships sprint last year, it is the Swiss men with Matthias Kyburz in the front who are the main favourites.  Below you see that top 10 in the World Championships in Finland along with their results in the qualification in EOC sprint this year:

The main favourites and outsiders in this EOC sprint are as follows:

There are many outsiders who can take a medal – or even win – on a perfect day – at least if none of the runners above get the perfect race. Look out for runners like the World Games surprise Jonas Vytautas Gvildys, Øystein Kvaal Østerbø who finished 2nd in the qualification, Scott Fraser (4th in last year’s WOC – nearly failed in the qualification with a 16th place), Murray Strain (stable top 10 – can make it far higher up on a good day), Jan Prochazka (winner of a heat in the qualification) and finally Yannick Michiels – the Belgian sprint specialist who is moving slowly towards the world elite. 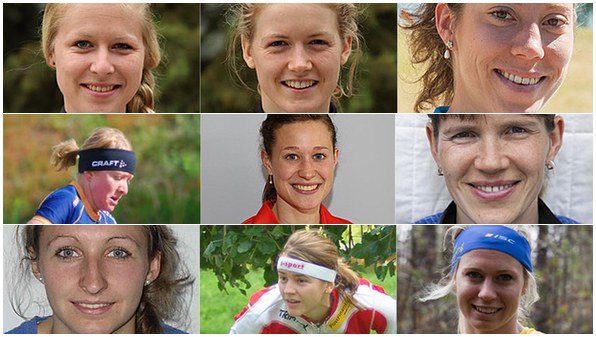 With Simone Niggli retired, some of the most experienced Swedes not on the start line – and four of the Top 10 in last year’s World Championships not starting, the race for the medals is more open than it has been for years in the women’s class. Will the other Swiss women take over after Niggli? Will the Swedes climb all the way to the top of the podium even with some of the best not starting? Or will the fast Danish women who have been focusing on sprint for years take it home? Or ….

Below you see that top 10 in the World Championships in Finland along with their results in the qualification in EOC sprint this year:

The main favourites and outsiders in this EOC sprint are as follows:

Galina Vinogradova should also be counted among the outsiders – 10th in the World of O Sprint ranking – and 6th at WOC 2013 sprint. Also count in Lina Strand among the outsiders – a third place in one of the World Cup races in 2013. And don’t forget Nadiya Volynska – although best performances in middle the Ukrainian has an 11th place from WOC sprint last year. Other medal outsiders are Ines Brodmann, Karolin Ohlsson, Julia Gross, Amelia Chataing, Lilian Forsgren and Catherine Taylor.

Update 13/4 12:45 CET: The author of this article was tricked by the Sprint Qual live results which this article was based on – where Lena Eliasson was 12th. Lena Eliasson was however not running the sprint qualification (see comment below: “Lena Eliasson did not take part in the sprint qualification. She was entered by mistake and substituted by Helena Karlsson”) – and is therefore obviously not one of the favourites. Sorry for the wrong information – and thanks a lot to Lindström for the update. Good for the Danish women with one less to fight against, Lindström!

Jan Kocbach is the founder of WorldofO.com - taking care of everything from site development to writing articles, photography and analysis.
@jankoc
Previous EOC Sprint Qualification: Map and Results
Next EOC 2014 Long Qual: A quick look at the forking