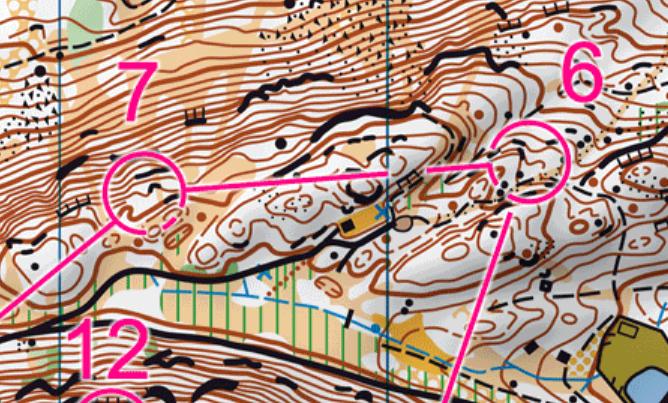 Switzerland wins both relays with big margins. With this the Swiss junior athletes show that they are the best both physically and technically in Swiss Alpine terrain.

On the Swiss winning team in the women’s class (see photo below by Remi Steinegger) Paula Gross started in 5th place. Sofie Bachmann ran Switzerland up into the lead on the second leg – and finally Simona Aebersold just increased the lead for Switzerland. Finland was closest to Switzerland after a very strong last leg by the long distance gold medalist Anna Haataja. Norway finished in third, the Norwegian women taking their first medal in this championship. 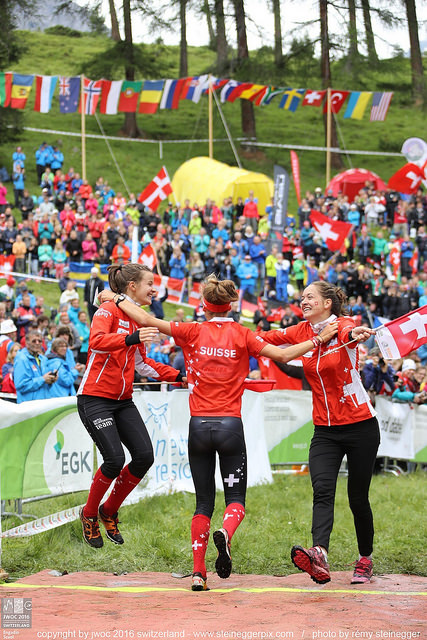 Easy job for Hadorn on the last leg

On the Swiss winning team in the men’s class Thomas Curiger opened in second place, only one second behind leading France. On the second leg Riccardo Rancan ran Switzerland up into a 46 second lead ahead of Switzerland 2 – a lead which Joey Hadorn kept and increased. In the end Switzerland won more than two minutes ahead of Sweden with anchor Isac von Krusenstierna who took his third medal in this championship. The Finnish men finally got their first medal during this championship with a bronze medal. 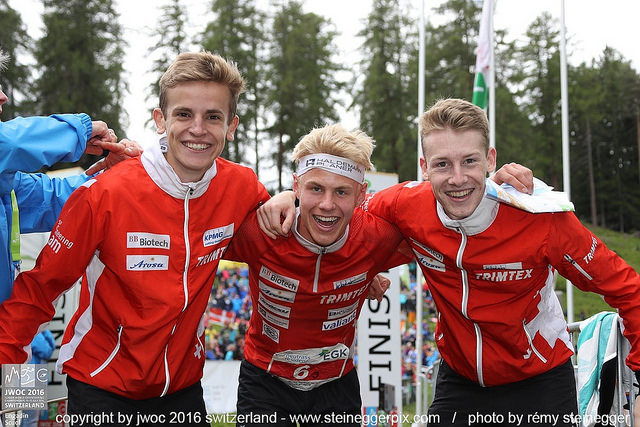 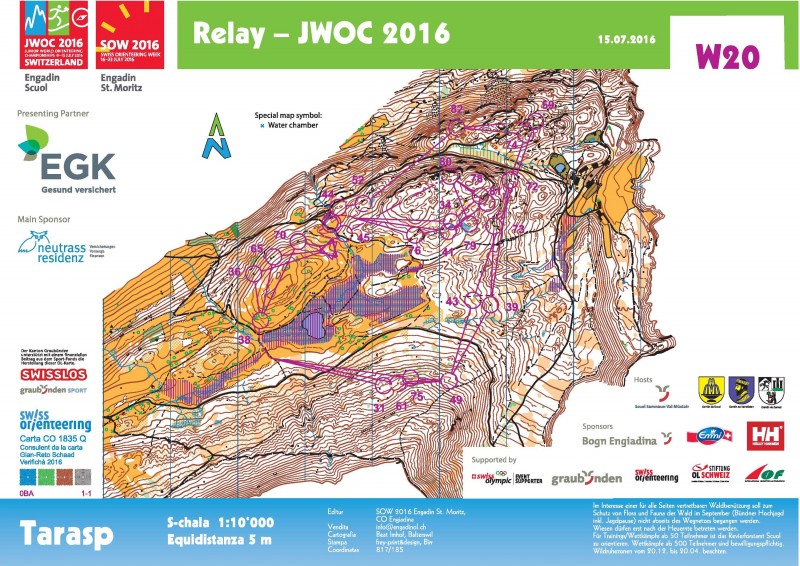 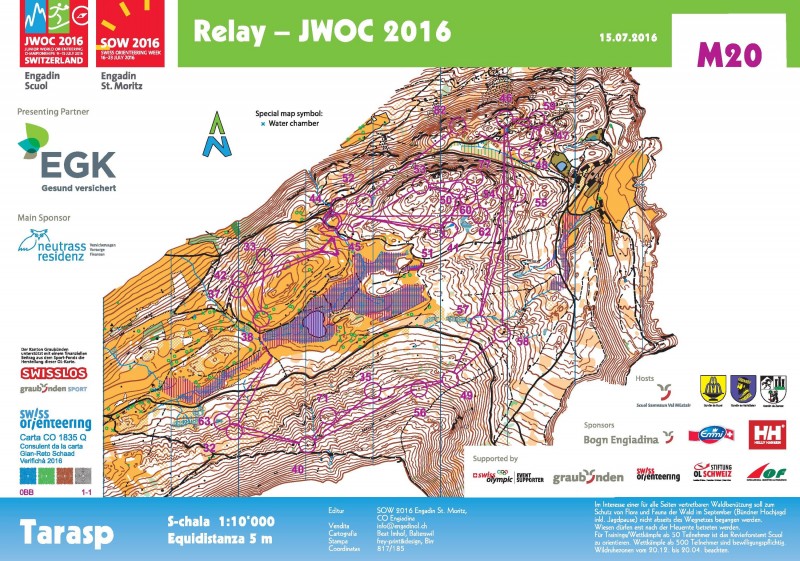 Medals went to Switzerland ahead of Sweden and Finland. As only one team from each nation counts in the final results, France is 4th, Norway 5th and Czech Republic 6th.

Medals went to Switzerland, Finland and Norway. Sweden, Great Britain and Hungary followed in the places 4 to 6.

Jan Kocbach is the founder of WorldofO.com - taking care of everything from site development to writing articles, photography and analysis.
@jankoc
Previous JWOC 2016 Middle Men: GPS and Splits Analysis
Next Summer-O: O’France 2016