This is a very quick look at some of the decisive moments in the battle for the medals in the relay. See this article for maps and results from the relay. 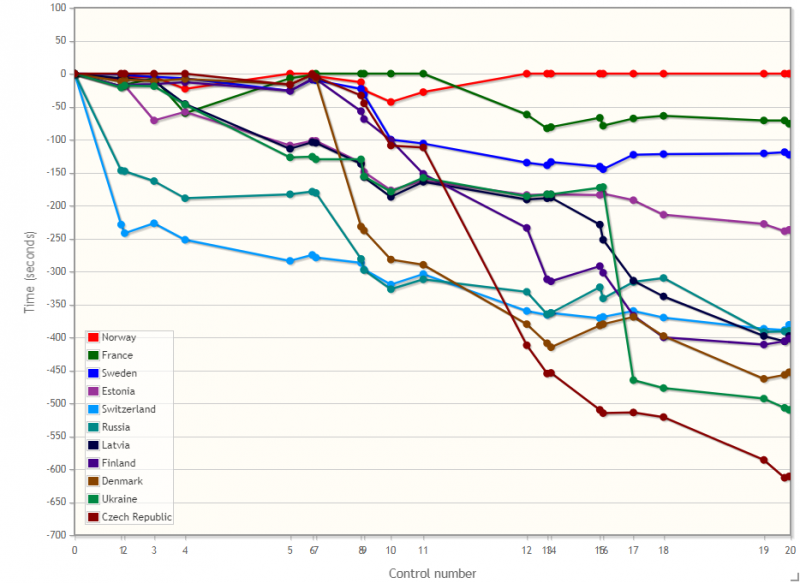 The folllowing are key points on the first leg in the battle for the medals which can be seen clearly from the splits graph:

This gives the following standings after the first leg. Note that Switzerland is down in 15th place and Russia in 12th place – mostly due to the big mistake at the first control. 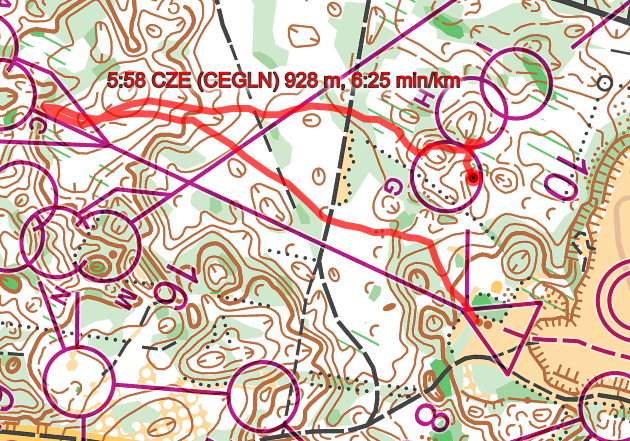 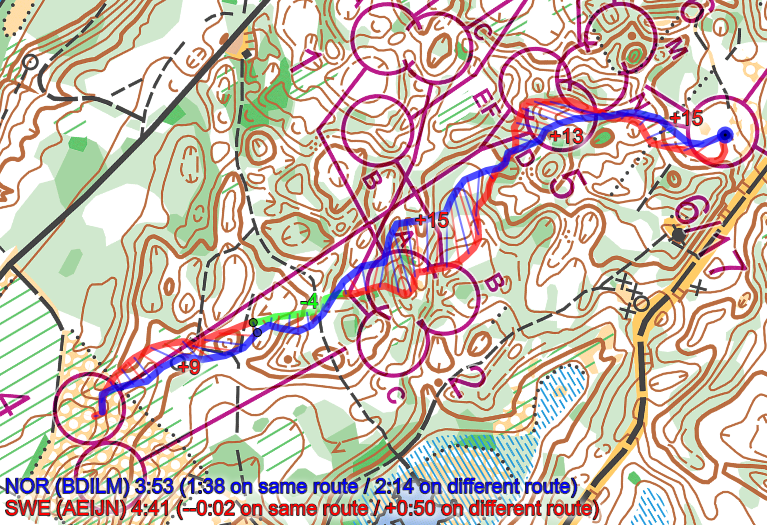 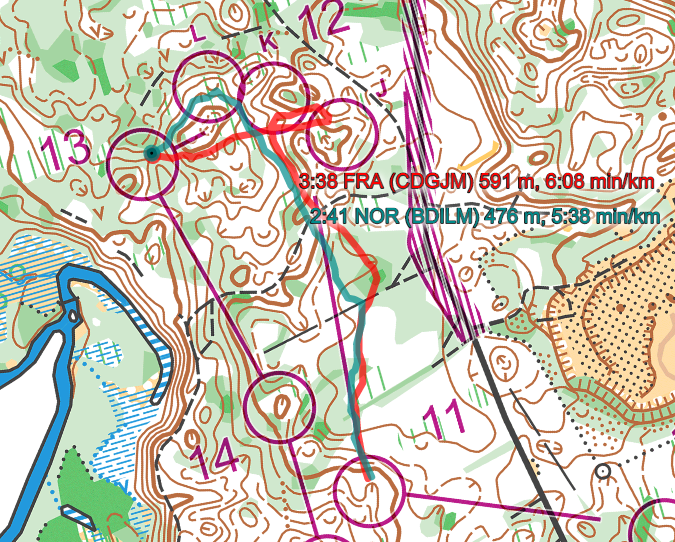 On the last leg there are only small differences between the top three team – no other teams have a chance for a medal with this strong performance by Norway, France and Sweden on the last leg. Final standings: 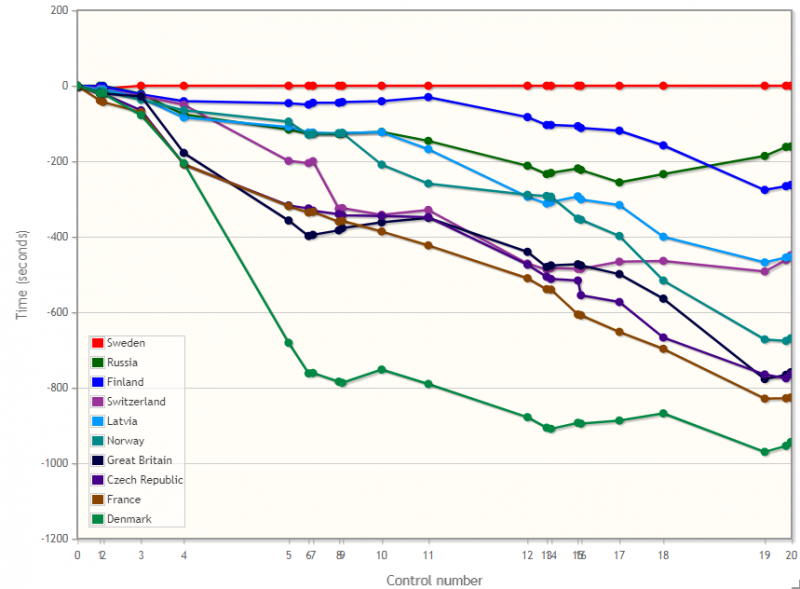 Thus only Finland and Russia is in the fight for the silver and bronze medals after two legs. You can see the fight for silver below. Russia wins this fight after several mistakes by Merja Rantanen for Finland. Note that Gemperle for Russia also does mistakes, but her speed is higher and she does less mistakes.

Jan Kocbach is the founder of WorldofO.com - taking care of everything from site development to writing articles, photography and analysis.
@jankoc
Previous WOC 2017 Relay: Maps and Results
Next JWOC 2017: All You Need To Know