Today’s leg in Route to O-Season is another epic long route choice leg from a World Orienteering Championships – this time we travel to Scotland for the 2015 WOC in real wilderness! Thierry Gueorgiou kept the lead for 3 controls – but at the longest leg in the course to control 13 he was one of the runners who did not see that the route choice to the left was definitely faster. Daniel Hubmann saw the best route, executed the route well, and pushed hard. With this he took over the lead. Gueorgiou lost 1:16 at this leg. Matthias Kyburz and Fabian Hertner also took the wrong route choice – both losing more than a minute. Olav Lundanes lost half a minute on the same route as Hubmann, losing time on the middle part of the leg (in the uphill).

This could very well have decided the race. The “armchair orienteers” in the media tent in the arena were very certain that left was fastest when getting the map in the morning of the long distance, thinking that this was a too easy leg without real route choices – left (Hubmann’s choice) was the only real option. The runners out there had a different opinion – spreading out on many, many different routes as you can see below. 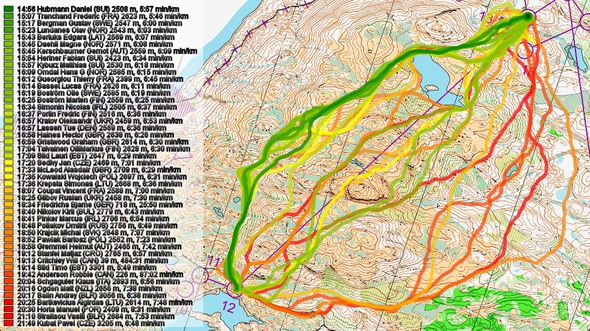 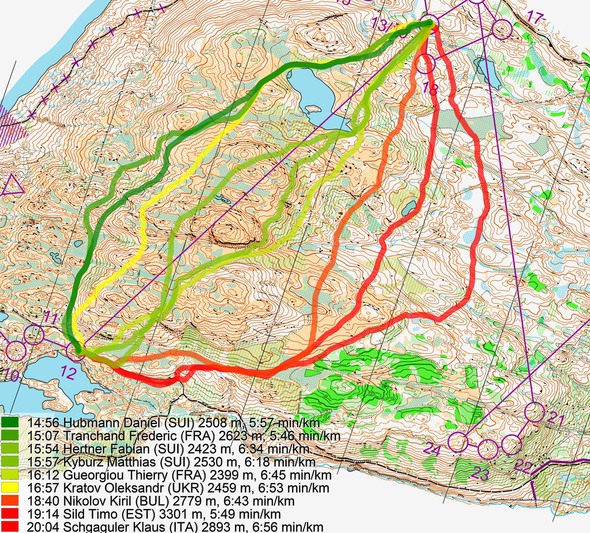 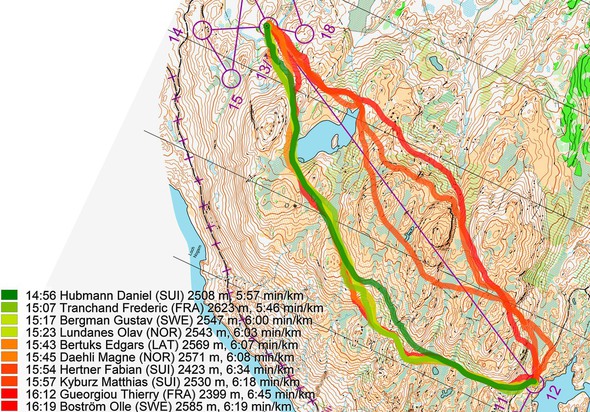 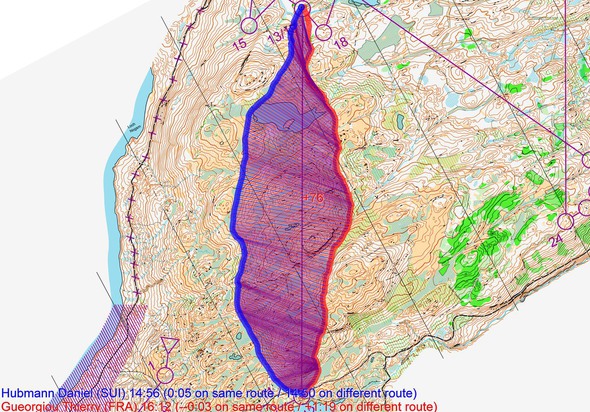 The leg to control 5 may look easy while sitting in front of your computer studying the map, but the women struggled a lot; both taking the correct route and executing the leg gave significant problems. Tove Alexandersson is fastest on the leg – a few seconds ahead of Ida Bobach. It is clearly fastest to run left, but many top runners failed to see this and lost the race here. In separate illustrations below it is shown how Vinogradova loses 1:40 by hitting the lake and needing to take an extra curve, Anne Margrethe Hausken Nordberg loses nearly 5 minutes by first taking a wrong micro-routechoice on the middle of the leg and later missing the control, Annika Billstam and Cat Taylor loose 3 minutes by taking straight options, Emma Johansson loses 5 minutes by going all the way to the right and Merja Rantanen loses 6 minute by going to far to the left.

Speaking to the course setter about this leg, the idea was to put the control so far to the left that the rightmost option would not be chosen; due to bad runnability in that part. Still a few runners chose to run left in the women’s race – and even more in the men’s race. 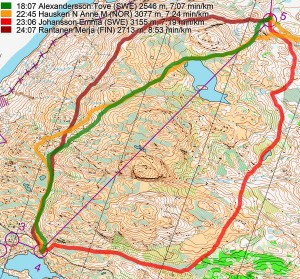 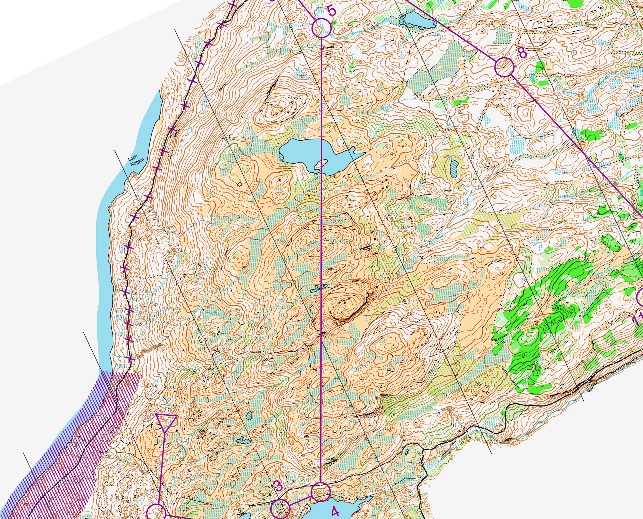 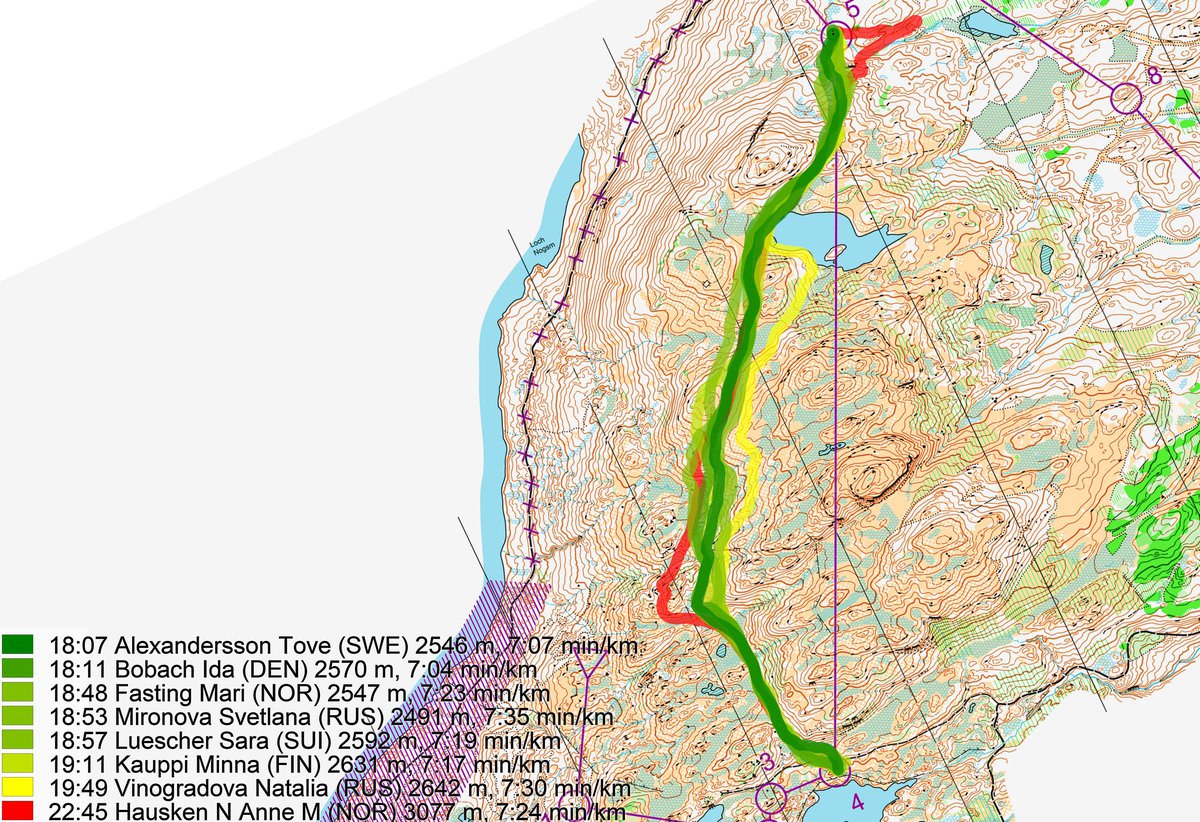 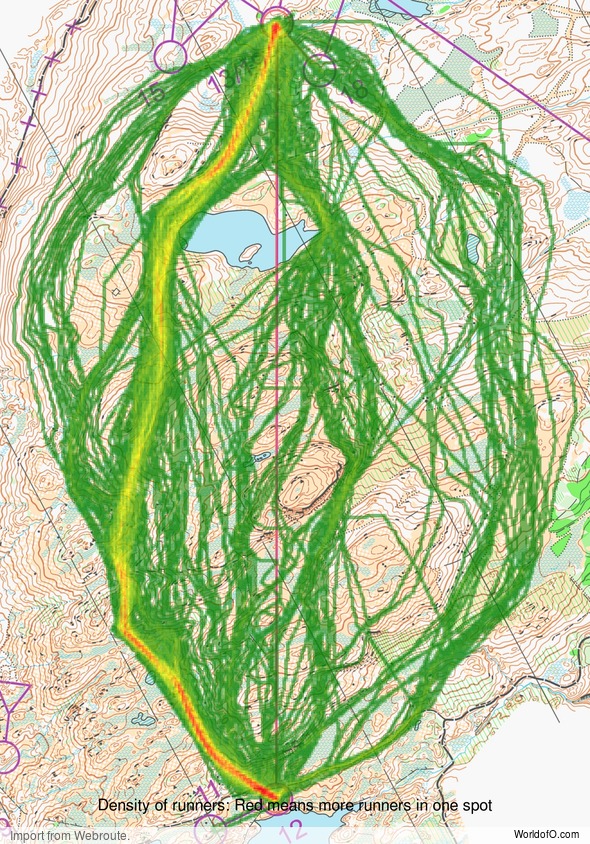 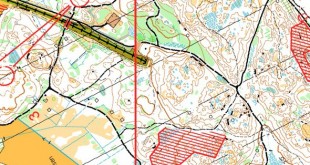