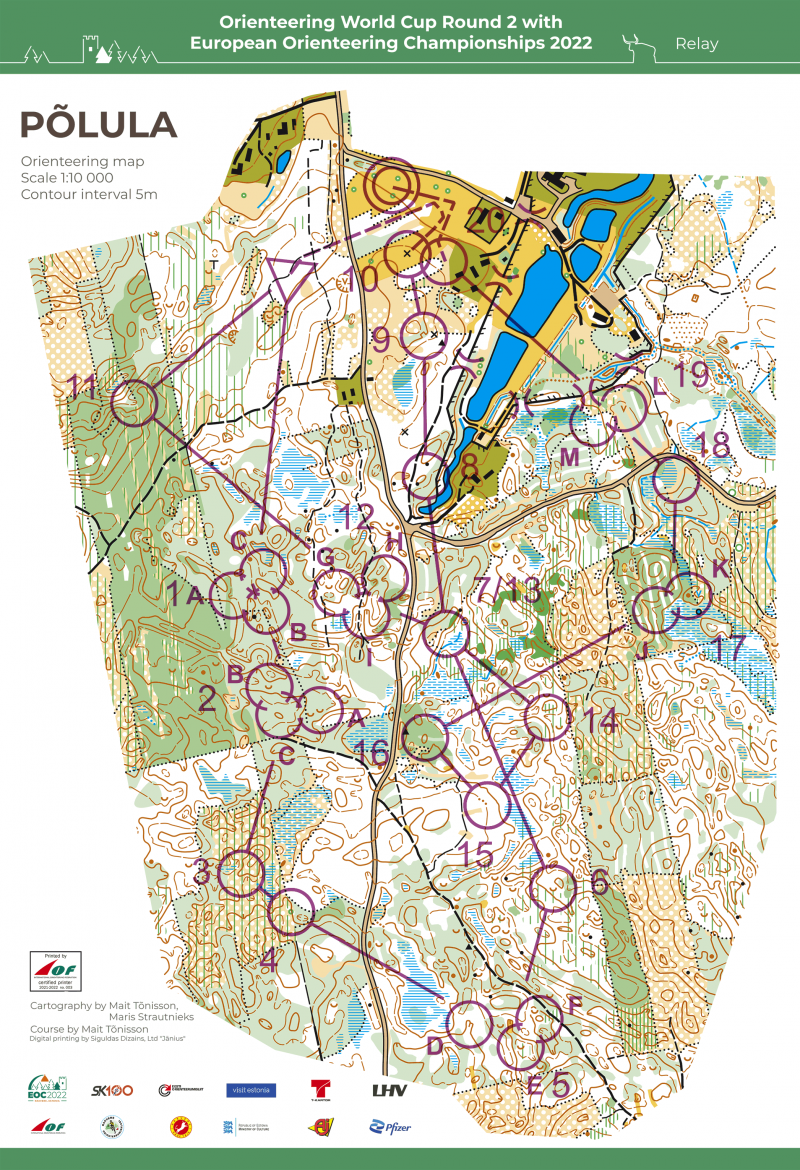 Sweden won the women’s relay and and Norway won the men’s relay at the European Orienteering Championships (EOC) in Estonia Sunday. Many runners did big mistakes in the tricky terrain, making the relays very interesting for the viewers.

In the women’s class Sweden took a clear victory ahead of Czech Republic, with a close battle for the bronze medal between Norway and Switzerland – which Norway decided towards the end. In the men’s class the relay was tight all the way to the end. Norway opened up a one minute gap at the second leg, and although two Swedish teams and Switzerland had a great chase and got closer halfway through the leg, Norway managed to keep the gap and even increase it towards the end, taking the victory ahead of Sweden 3 and Switzerland. 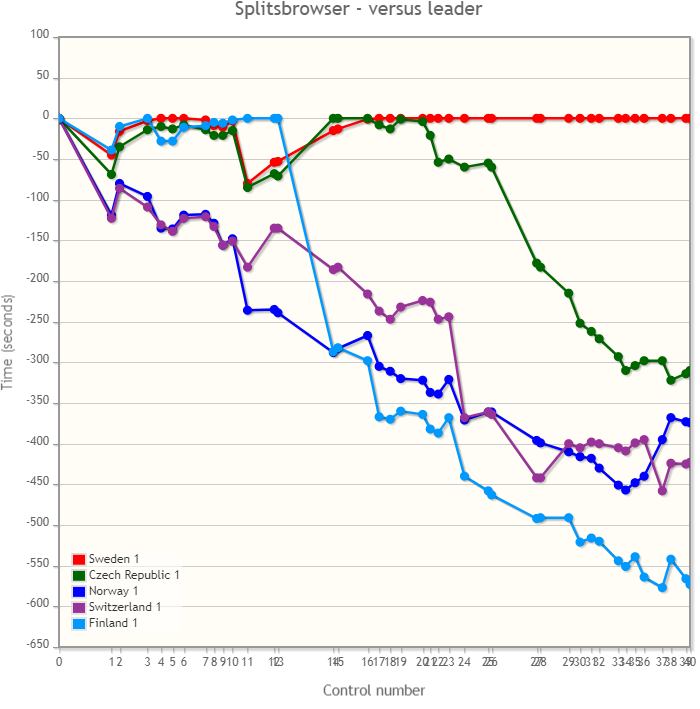 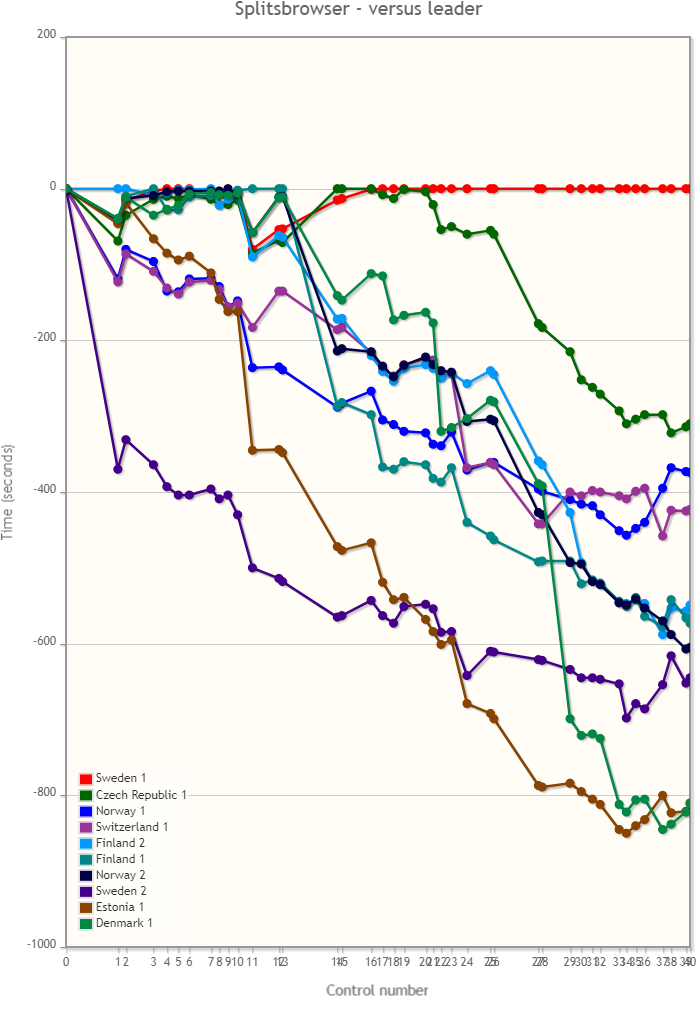 Finland 1 looked to be on the way to something big with being in the lead after the first leg with their (on paper) weakest runner. However, Marika Teini did a big mistake on the first controls on the second leg, losing more than 5 minutes, and was suddenly out of the battle for the medals. Sweden 1 and Czech Republic 1 did great races on the second leg, and decided the gold and silver medals here – while both Norway 1 and Switzerland 1 got off to a bad start on the first leg, and lost the chance for gold and silver here. See below for the start of the second leg where Teini is compared to Sweden 1 and Czech Republic 1. Both Norway 1 and Switzerland 1 did mistakes on this part of the course on the first leg. 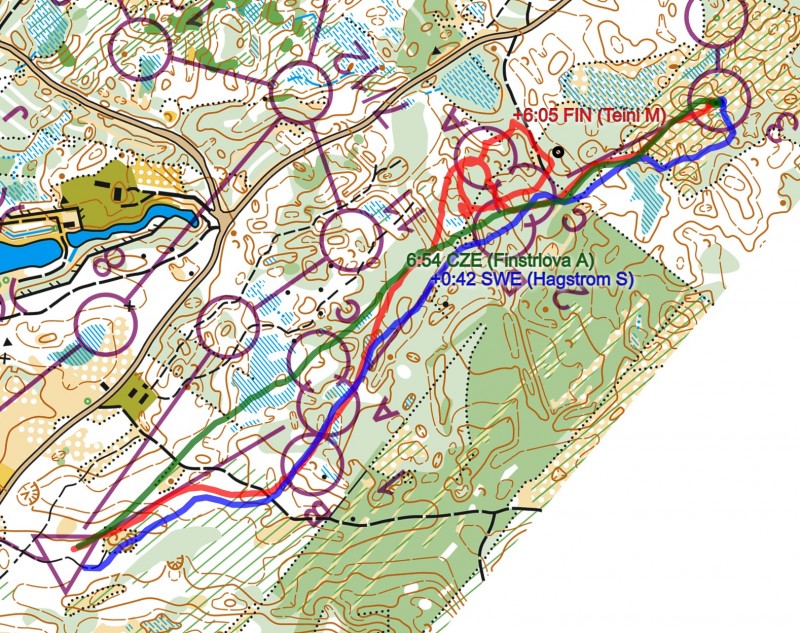 With Sweden and Czech Republic clear on the last leg, several other teams fought for the bronze medal, with Norway deciding it on the last leg. The decision happened after Switzerland had opened a gap of more than a minute on Norway – Aebersold clearly running faster than Benjaminsen.  However, Norway had a one minute shorter forking in the end which made it possible to come up to Switzerland and decide the relay (combined with a mistake by Switzerland). This forking with big difference in optimal execution time between the different forking alternatives came very late in the relay, and was arguably the second route planner mistake at this EOC after the problematic forbidden area at the long distance. 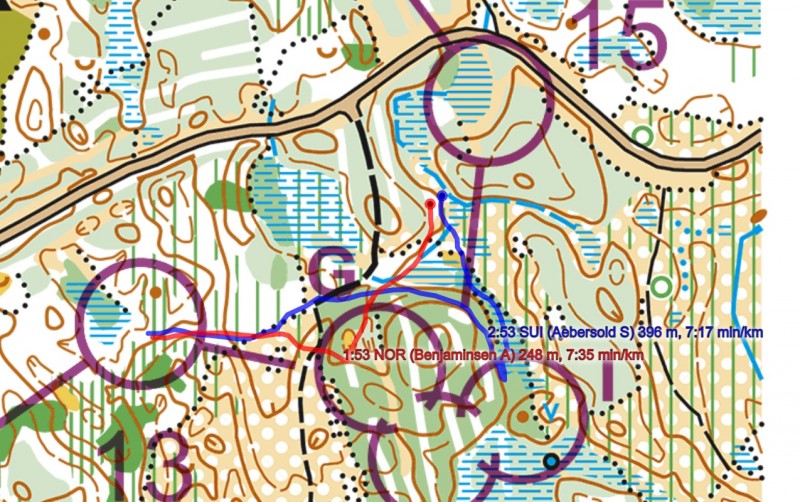 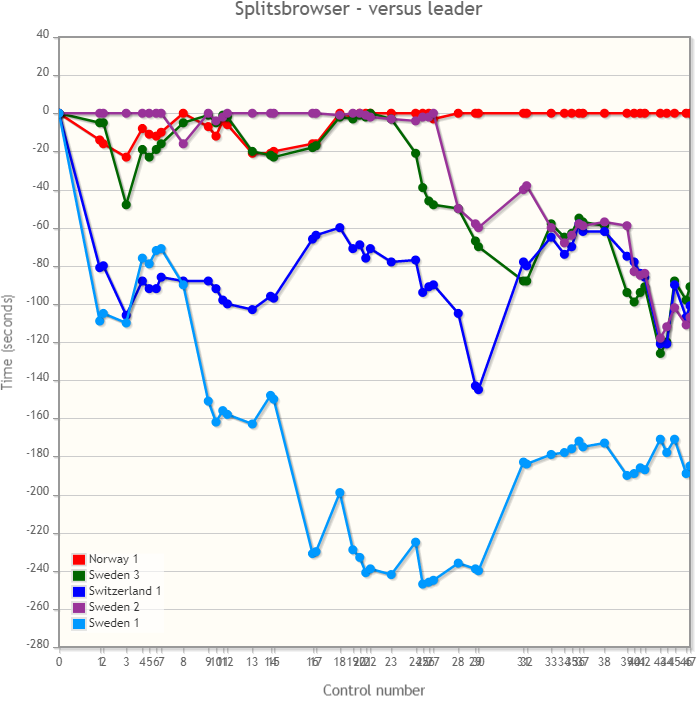 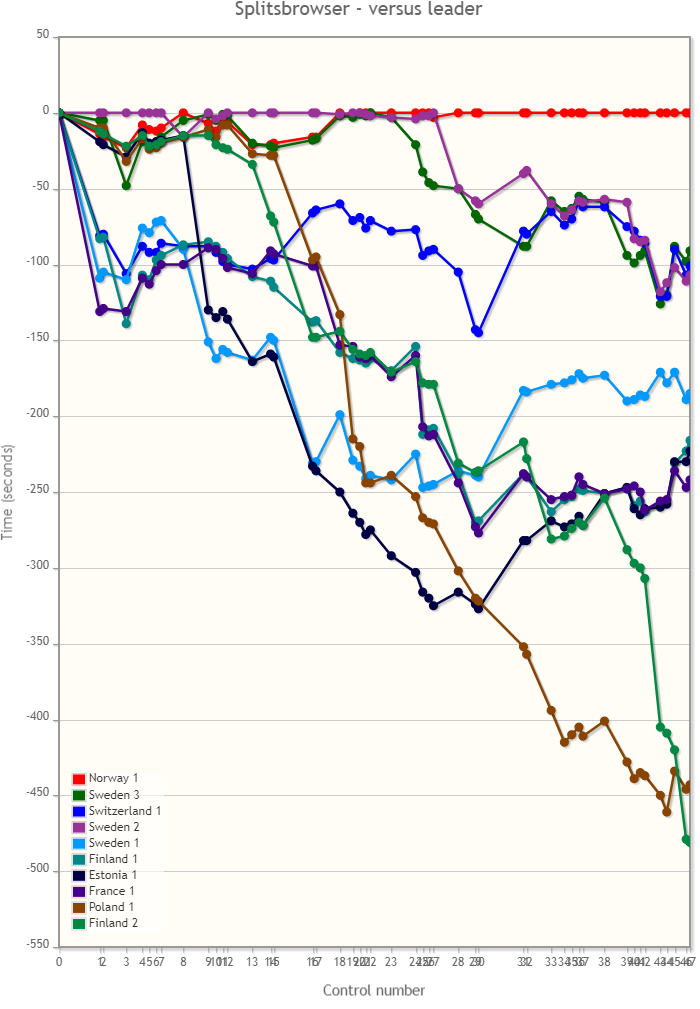 Several teams – among them Sweden 1 (Ridefelt), Czech Republic 1 and France 1 – lost around 2 minutes or more on the first two controls on the first leg – nearly ruining the chance for a medal already here as it was very difficult to come up to the top teams again as they ran very consistent and good races throughout the relay. 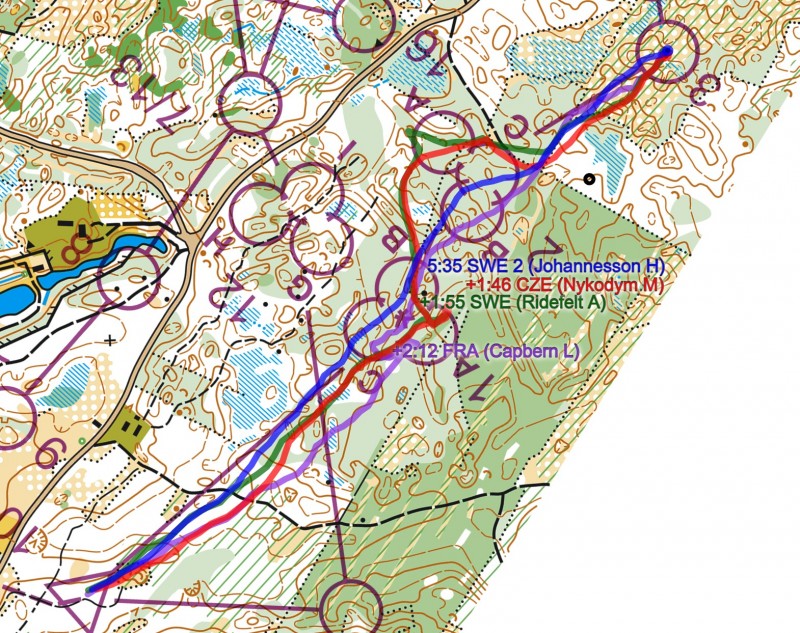 Sweden 1 (Regborn) could have managed to get up to the medal battle again with an excellent 2nd leg, but also here Sweden got problems in the start. Norway’s Kasper Fosser decided the race for Norway on this leg by giving last leg runner Eskil Kinneberg a gap which he never gave away. 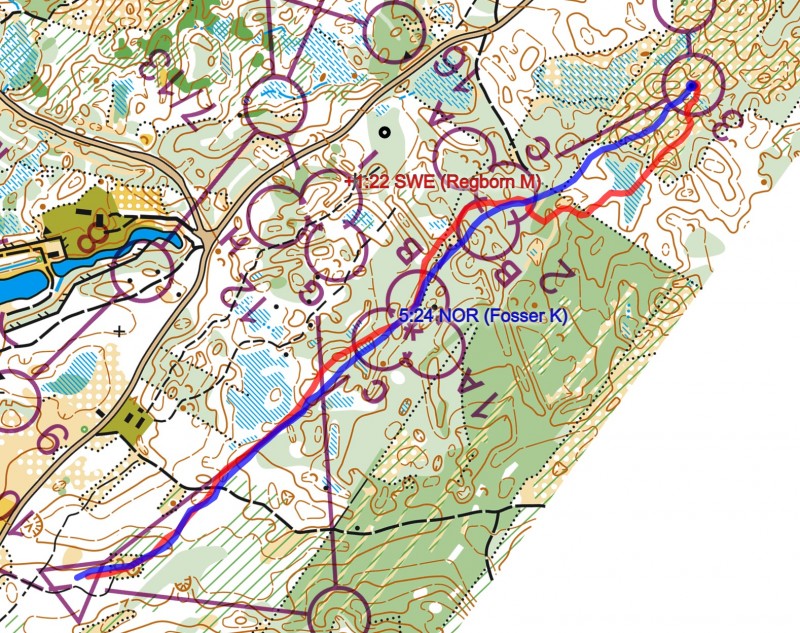 On the last leg Norway’s one minute lead to Sweden 2, Sweden 3 and Switzerland shrunk down to around 40 seconds before increasing again as Kinneberg did a perfect race for most of the course. Sweden 3’s Max Peter Bejmer managed to win the silver medals after a late mistake by Sweden 2’s Emil Svensk, where also Switzerland’s Matthias Kyburz passed by to take the third place and bronze. 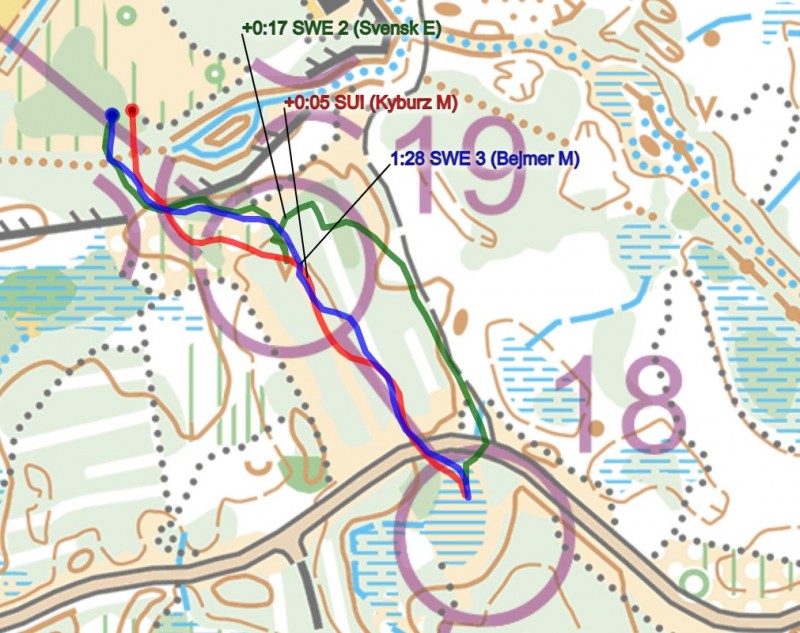 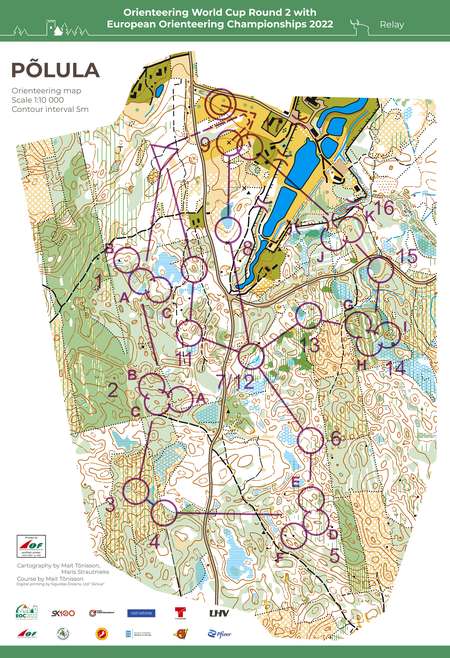 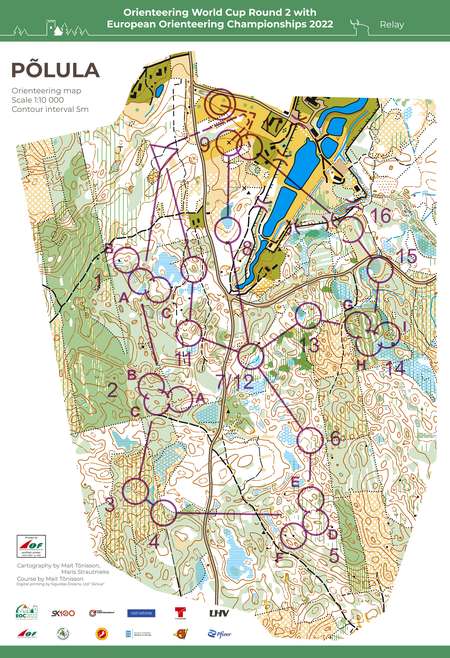 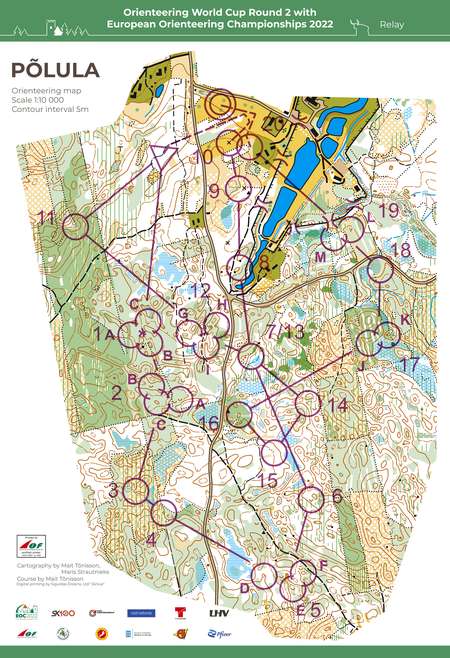 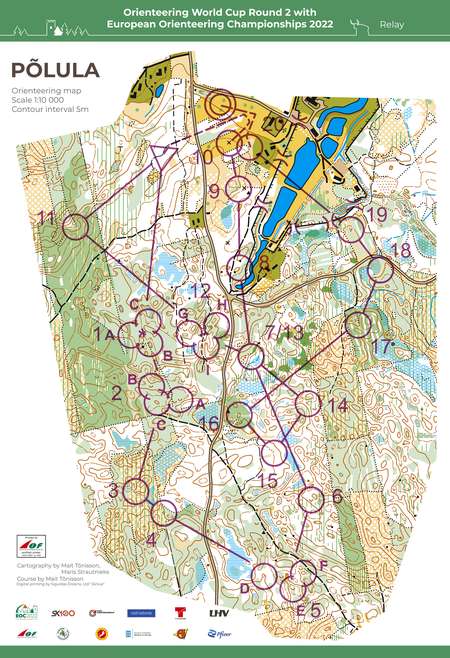 Results included below show results for all teams for each nation. Note that only the first team for each nation counts in the European Orienteering Championships.

Jan Kocbach is the founder of WorldofO.com - taking care of everything from site development to writing articles, photography and analysis.
@jankoc
Previous EOC 2022 Middle: Maps, Results and Analysis
Next World Cup Final 2022: All You Need To Know