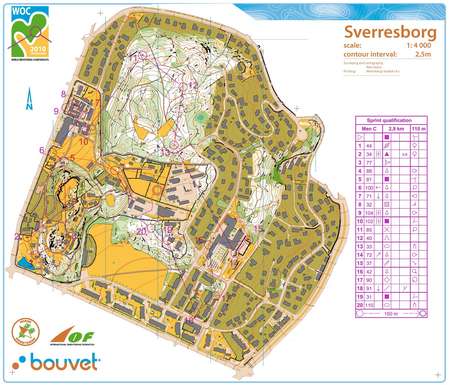 Novotny chooses the mens C course from the sprint qualification at WOC in Trondheim. – An example of qualified and creative work, says Novotny. – To me, every course should have its soul, its inner logic. The course-setter should be able to explain the specific meaning of every single leg on the course, the Czech coach answers when asked about the key ingredients in a good course. – Currently my impression is that the approach sounds: “make 2-3 good legs and the rest is not important”.

Thanks a lot to Radek Novotny who took the time to answer a few questions for “The Course of the Year 2010″.

Q: What was the best course you saw in 2010 – and why?
Uuuugh… I would not dare to point out just one as the winner… but as this is certainly partly meant as entertainment, like every pool, I should try to pick one… ;)
I will try to focus on course setting, not attractivity of the terrain. To have it easier, I will stick to the international level. My option would then be the sprint qualification at WOC in Trondheim, course men C (see also map above).
This course is according to the sprint philosophy (well managed especially in the forest), with lots of variation and route choices. An example of qualified and creative work. 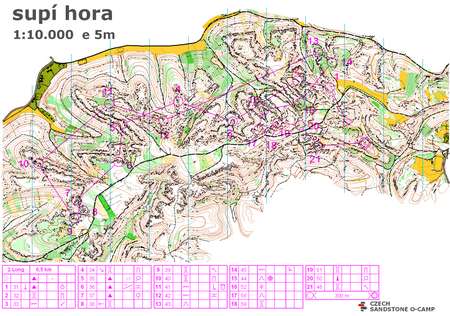 Q: What was the best course you set as a course setter in 2010 – and why?
Apart from the selection races, which I always tune a lot, I was quite happy with one training course for sandstones.cz (see map with course here). Many fundamental route choices accompanied by fine orienteering. (If this course would be a real long distance competition, the controls would not be so tricky.)

And then, one relay training in Halden – it was more like a puzzle solving, a funny stuff. I had only a limited amount of SI units (17) and wanted to create valuable forked 1st leg training. Among others, Emil Wingstedt and Helena Jansson were taking part – I wanted to have it challenging enough. Finally, I have found control places and course shape suitable enough, so that I´ve got many unique course alternatives, where the course lengths were equal, while the runners were still running in the same direction just taking some more control or jumping over. E.g. someone could have the first control the same as was the last one for another guy… ;)
See all courses here and one course example here. 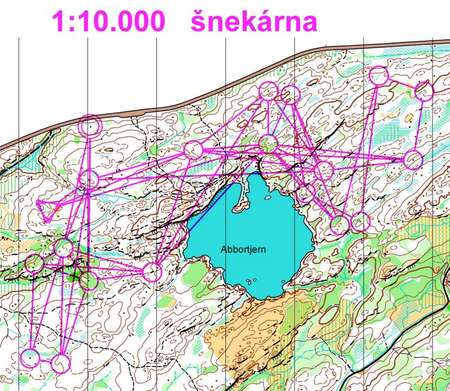 I consider also route-choice analysis an important part of the course-setting. As a feedback, a verification. It is amazing how many route-choice alternatives the creative elite people can usually find, if they get a chance. For those interested, my analysis from 2010 are now made public here (text in czech, but pictures in picture language ;) .

Q: What is the worst course you saw in 2010?
Unfortunately, I couldn´t like the middle distance final at WOC. I wouldn´t say that it was the worst course of the year, but for me it was the biggest disillusion. This middle distance course was clearly against the valid IOF guidlines, against all what fine orienteering stands for. I was just rather surprised that such a course was, more or less, accepted. A very dangerous signal for the future development – I still do belive, that we can provide both good TV transmissions & show, while preserving the real essence of high-class orienteering. We should namely not forget, that the main reason why our sport is this well developed is the huge devotion of all key players, most of all athletes. And their motivation comes from their desire for attractive challenges and unique enjoyments. Maybe I am foolish, but I have recently heard many same opinions… 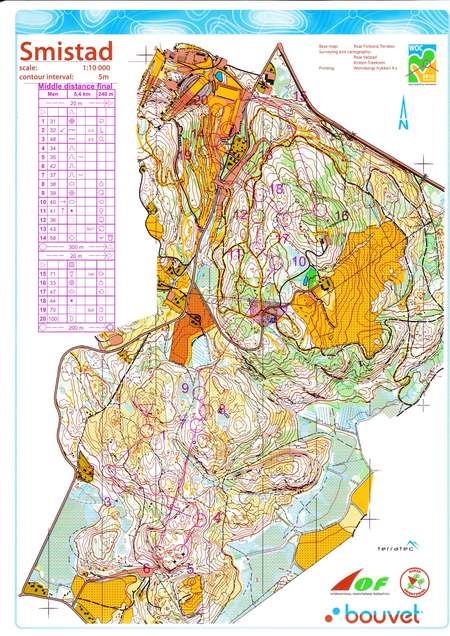 Q: What is the best course you have run ever – if you must pick one from the top of your head?
Again, hard to pick just one. But the international season 1998 was probably the one I liked most. Great WC races in Ireland, GB, Sweden, Slovakia, Finland, Estonia… The countries offered the best terrains they had. And I will allways remember WUOC 1998 in Trondheim, the long distance with its start located up on the Vassfjellet and finish down by the skicentrum. We were to face 3 different types of terrain from the open, over the semi-open slope marches into almost continental thicker forest towards the end. True challenge, real natural enjoyment. [Editors comment: . Thanks to Rolf Breckle, we’ve now got the course online (with the route of Breckle drawn – giving a 17th spot for the record).]. 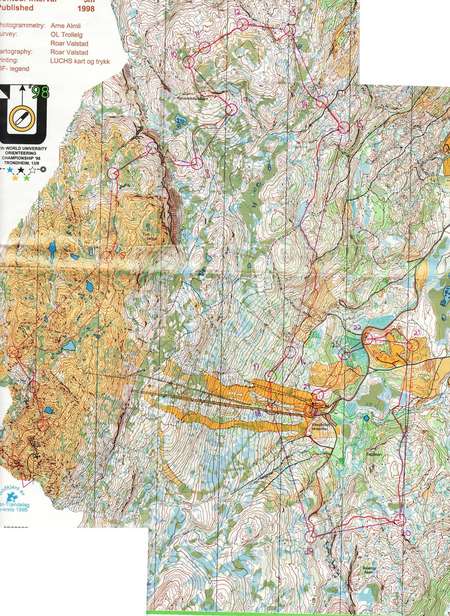 Q: Are the courses generally getting better, worse or staying on a level?
Here, it will be probably difficult to have an objective insight, as we all obey to a certain nostalgy ;) But if we consider the terrain choice to be an integral part of the “course”, then definitely worse. But even the course-setting itself… Some courses are great, but quite often I am disappointed because of lack of really interesting legs. Currently my impression is that the approach sounds: “make 2-3 good legs and the rest is not important”. To me, every course should have its soul, its inner logic. The course-setter should be able to explain the specific meaning of every single leg on the course.

Q: What is the most important ingredients in a course in order for it to be a good course – in your opinion?
The course-setting is an art. That´s why it´s almost impossible to define a “good one”. Despite that, I have tried to developed my own verification concept, consisting of 8 key questions. If the answer is “yes” to all the questions, the probability, that the course is quite OK, is higher.

Q: What are your goals for next year for the Czech Team – and what are you doing in order to achieve them?
Our goal would be to start a new positive trend in our work, as we were generally not satisfied with the outcome from the last season (apart from some great results of Dana, Eva, Vendula…). We have a number of young talents, which need to take yet some more steps into the world´s elite.
For the next season, we want to focus more on the real race experience. We will try to run more test races. The training camps will be shorter, including always some training competitions – a bit like the French do at their weekend trips. We need to evoke the inner competition inside the team again and – like during the previous years – will search for good sparring partners at some of the camps or selection races. The intention is also to deploy the GPS analysis in a wider extend. I also want to influence the runners in terms of more efficient “winter” training. So that we would really get some evidence of improvement, and not just swallowed big volumes without any feedback.
The season is, unfortunately, short of big, valuable international competitions, especially during the spring. I have re-considered the NORT issue, but again had to refuse it because of “too little fun for too much money”. The logistic side of this project is still out of our range. So for us, the main goals would be the WOC and the WC races at the home soil. We are also planning to participate at Swiss Champs in april, it´s gonna be exciting and a new experience.

Q: In addition to being the Czech national trainer, you have started organizing training camps in the Czech sandstone areas. I’ve been impressed by some of the training camps for the national team you have organized earlier (like e.g. the one in France last year which got a lot of praise). How are the trainings in the Czech sandstone camps compared to the national team training camps?
It depends on the “client”. For a happy club trip of children and motioners we try to prepare intensive rocky experience, playful orienteering with just a little of running. But for the elite guests I try to set up a program as close to what we´ve recently done in the national team as possible, using all my experience and skills. Each session has its specific focus, every leg should have it´s meaning. And the runners should also gain valuable profit from the training in the group – either from splittimes comparison, or from the contact orienteering exercises. I also like to provide some extraordinary trainings which I have developed for our national team, like the “start moment training”, “memory run with compass” or “path relay”. All of them can be found at our national team webpage. Some of them also directly at www.sandstones.cz.

Jan Kocbach is the founder of WorldofO.com - taking care of everything from site development to writing articles, photography and analysis.
@jankoc
Previous Helena Jansson chooses Portugal
Next Öberg chooses technical orienteering in Finland