Lundanes: – The terrain was completely unknown 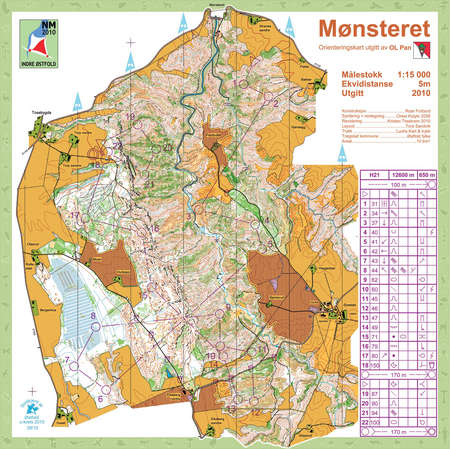 As an elite orienteer in 2010, you seldom get the chance to run a championships race in completely unknown terrain. This is something many of today’s elite orienteers envy the top runners of 20-30 years ago. At the Norwegian Champs Long distance this year, Olav Lundanes got this chance, a fact was a part of why Lundanes choose this course as his candidate for “The Course of the Year 2010″. – That the terrain was completely unknown ahead of the race did also give some extra spice to the course.

On the other end of the scale, Lundanes has strong opinions regarding the qualities of the World Champs relay course. – The last loop is tragic for the orienteering sport, but it was actually really surprising, this years World Champion in the long distance comments. – Because among the hundreds of last loops I had drawn on the map or considered ahead of the race, there were none that were similar to the course we actually got in our hands. I had not imagined that the third last control should be a ski track crossing.

Read on below to read all of the interview – including Lundanes’s take on what he sees in a good course (pick up some tips for your course setter job next year) and how he will prepare in order to repeat the World Champion title of 2010 in France. 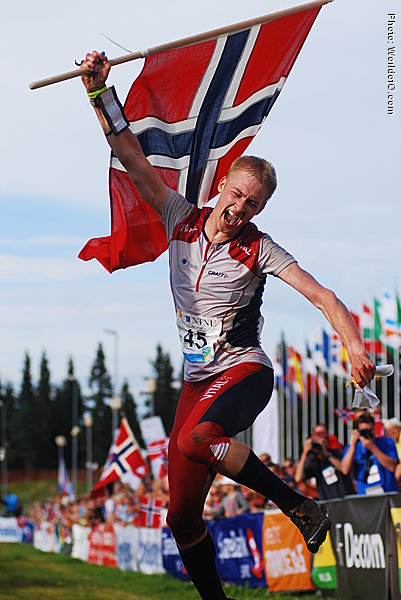 Thanks a lot to Olav Lundanes who took the time to answer a few questions for “The Course of the Year 2010″.

Q: What was the best course you run in 2010 – and why?
It is difficult to choose the best course I have run this year, but I think it must be the Norwegian Championships Long distance. Challenging technical in the start which gave few possibilities to plan routes. ahead. The course had both long and short routechoice legs with a lot of possibilities. It is not often that the medal winners run this differently. The course did also have three different types of terrain, which gave many differences in the o-technique one had to apply – and constant challenges. It has also been a long time since I did this big a mistake on the routechoice in the end of a course. That the terrain was completely unknown ahead of the race did also give some extra spice to the course. Map is available here (see also miniature of the map at the top of this page). [Editors comment: There is also a routechoice analysis of the course available at o-training.net.]

I also want to highlight Jukola, even if I was supposed to choose only one race. We don’t often get a close to complete long distance course on a relay. A course with constant challenges and good long legs, with big differences. The contrast to NORT [Nordic Orienteering Tour] organized before and after Jukola made the Jukola experience even greater. Map is available here. 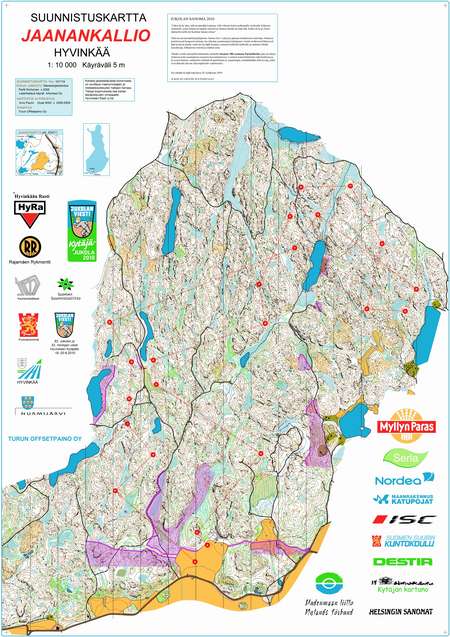 Q: What is the worst course you run in 2010?
The WOC Realy. A quite easy choice, actually. Two (2) controls where there is more than 50 meters from we pass a big and distinct feature to the control is not a course for an elite athlete. The last loop is tragic for the orienteering sport, but it was actually really surprising. Because among the hundreds of last loops I had drawn on the map or considered ahead of the race, there were none that were similar to the course we actually got in our hands. I had not imagined that the third last control should be a ski track crossing. A very bad forking system, with big time differences. This does to a large degree set the result list for the relay, and makes the course definitely be the worst of the year. The results among the 8 first team is approximately equal to the length of the forkings. Map is available here. 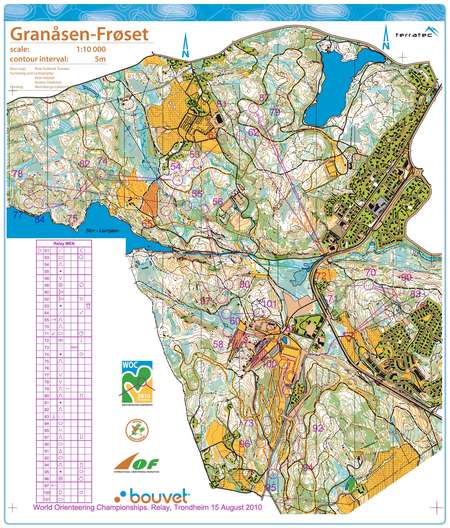 Q: What is the best course you have run ever – if you must pick one from the top of your head?
The best course that I have ever run is the EOC Long distance of 2008, I think. 90 minutes with constant challenges, and big variations in visibility and runnability. Maybe not so many traditional routechoices, but lots of tactical routechoices. Map is available here.

Q: Are the courses generally getting better, worse or staying on a level?
Of course it is difficult to say if the courses get better or worse than earlier. But there is no doubt that there are some other considerations to make, like arena crossings and TV controls, which have made the quality worse for many of the courses which are run in important races. There are, fortunately, some exceptions which show that it is possible to combine without making to many compromises. I definitely think that the course from today are better than 20-30 years ago, but I think there are a lot of good courses from the en of the 90ies. 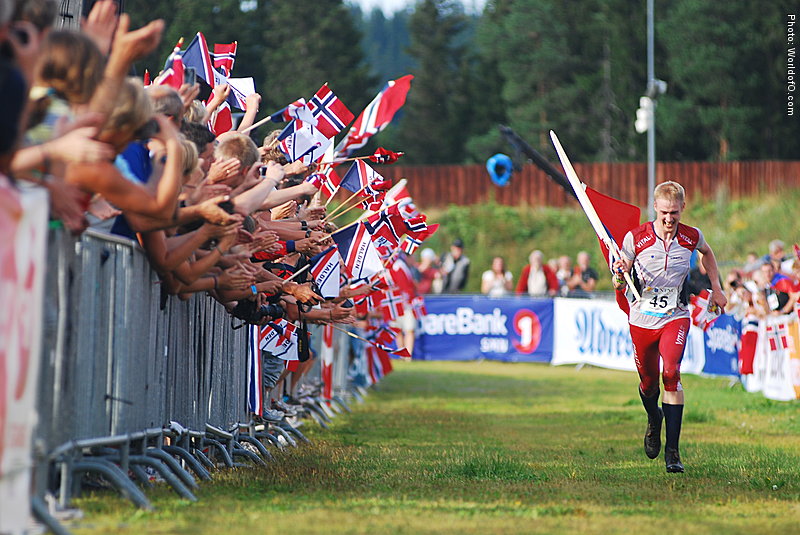 Q: What is the most important ingredients in a course in order for it to be a good course – in your opinion?
Det most important thing a good course should contain is challenging orienteering from start to finish. In some terrains is should be many long legs – in other terrains it is better to use relatively many controls. A leg is not good even if it is very long if it only contains running on a path. A good course should also pass through different terrain types in order to challenge runners to vary their technique. If that is not possible, there are nearly always variations in visibility and runnability which should be exploited.

Q: What are your goals for next year – and how do you change your training and focus in order to reach your goals in 2011?
My goal for 2011 is to win gold in the World Champs. It will be a World Champs where the o-technical will decide, and that will be my focus towards the World Champs. I know that I still have a lot to gain in many areas of the orienteering technique. Along with the experiences I have gathered the last month in France, I think I will be able to rise my level several steps. Physically I will focus on getting better to run fast in the though type of terrain which we will meet in the World Champs.

Translated from Norwegian to English by Jan Kocbach.

Jan Kocbach is the founder of WorldofO.com - taking care of everything from site development to writing articles, photography and analysis.
@jankoc
Previous Daniel Hubmann: Trondheim, but not WOC
Next Wingstedt: – Most fun in Venice