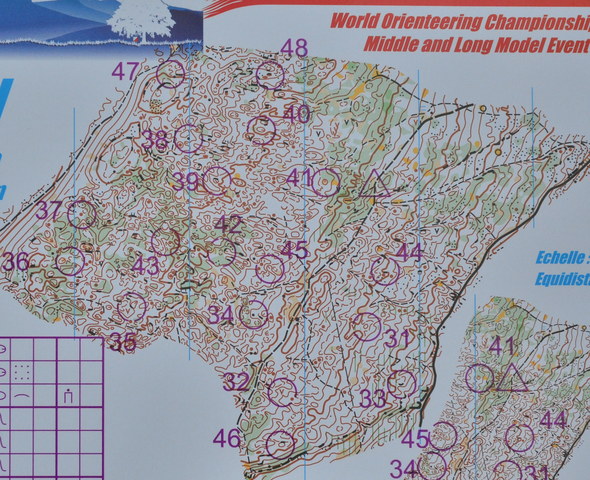 – But it is still difficult orienteering, Gueorgiou continued – sitting in his foldable chair relaxing after the last training in the forest before the real action starts with the long distance qualification tomorrow. 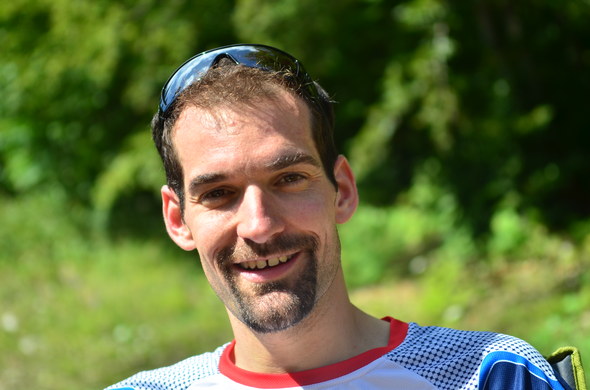 The map has been reworked – generalizing more and making it more readable. Jonn Are Myhren was another runner who was very happy with the new map. – I was running a training here earlier in the week, making a lot of mistakes. Today I went through without any major mistake. This was a big improvement, Myhren commented.

Most runners I talked to at the model event today were very happy with the new map – I found nobody who complained about the revised map. See below for a comparison of part of the map (bigger version of the map here).

For the middle distance, though and challenging orienteering is to be expected both for the qualification and the final. This is the qualification race in which some of the big stars might get problems getting on to the final due to big mistakes – on the other hand it is difficult for all runners. The terrain description says:

The terrain is fairly uniform in character: typical karst forests mostly rocky or stony with intricate details; runnability can be poor in the very stony areas. There are some branches and dead wood on the ground and the vegetation can be dense but visibility is generally good.

Jan Kocbach is the founder of WorldofO.com - taking care of everything from site development to writing articles, photography and analysis.
@jankoc
Previous WOC Model Long: The WOC has started
Next WOC 2011: All you need to know!