Today is your lucky day! Not one, but two(!) very interesting legs from Croatia are on offer in Route to Christmas today. And the legs offer very different orienteering challenges: Although significant parts of the map are extreme karst, the other part is more typical continental terrain, and the course setter did set the course in such a way a mix of capabilities is definitely also asked for.

Todays legs in Route to Christmas are from Croatia Open Day 4 at July 27th 2012 in the Croatian region Gorski kotar close to Crni lug – a long distance race. We offer two legs – first a short one, and then a long one (I guess only half of you will take enough time off work to draw routes on both of them:). Thanks a lot to the organizer of Croatia Open for providing the legs (and even drawing the routes in OCAD based on routes collected from the runner after the race). BTW: Croatia Open is also one of the sponsors of Achievement of the Year, but legs from Croatia Open appearing here in Route to Christmas are purely based on the quality of the routes & legs (so why not use the opportunity to get some attention to your event if you had some great route choice legs in this year’s edition of your event?).

The leg is in the last part of the course – from control 22 to 23. It is set on steep slope with many depressions. This is karst terrain – runnability is not the best in the depressions. The leg is as usually first provided without routes – you may take a look at it and think about how you would attack this leg (if the image is too small, you may click on it to get it larger): 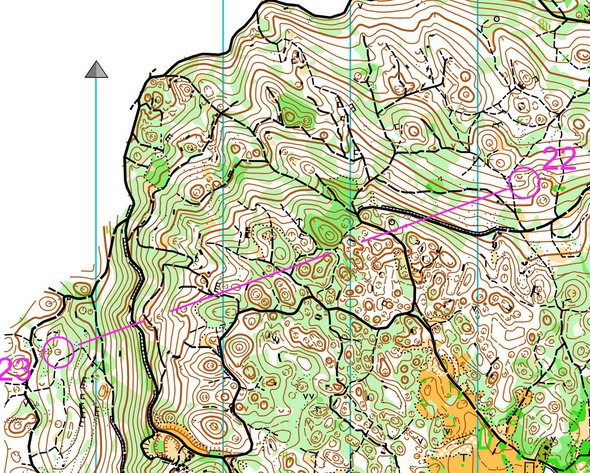 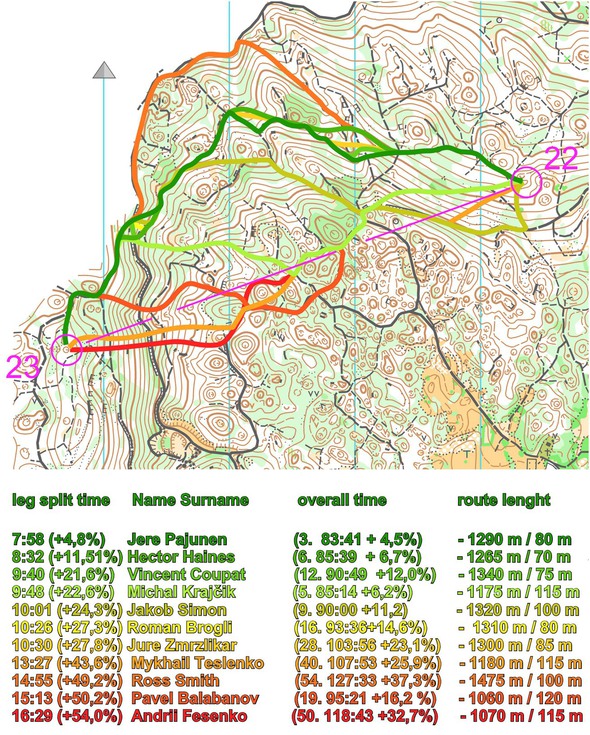 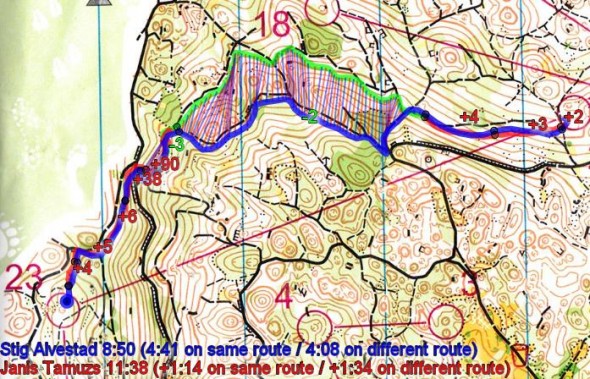 Most of the runners were tired on this part of course (winning time was impressive 79:57 by Stig Alvestad, Norway) and this was their last tricky route choice on the day.

At first sight, it might not be too easy to see that you have to run a lot down to come down to the plateau with the depressions

Above you see two illustrations for the “solution” on this leg. The first one is the one provided by the organizer showing leg times for the runners who drew their route after the race. This does, however, not include the winner Stig Alvestad – but he has provided a GPS track of his route which is included in a separate illustration. I compared the route with another runner who has uploaded his GPS – Janus Tamusz (enjoy a style study of Janus from OOcup here).

At first sight, it might not be too easy to see that you have to run a lot down to come down to the plateau with the depressions – and you need to climb all of it up again. The depression plateau just looks so tempting! However, that’s not the solution you are looking for! As you can see from the upper illustration, the best solution was to not loose altitude unnecessarily – you will suffer a lot for that when facing a tough climb of 100 meters climbing on this relatively short 320 meter long leg. Michal Krajčik and Pavel Balabanov both lost some minutes here. And as you see from the lower illustration, Stig Alvestad also looses a minute.

The question for you: Do you often loose concentration in last part of course and how do you handle it?

The second leg on offer is a long one! Again the leg is as usually first provided without routes: 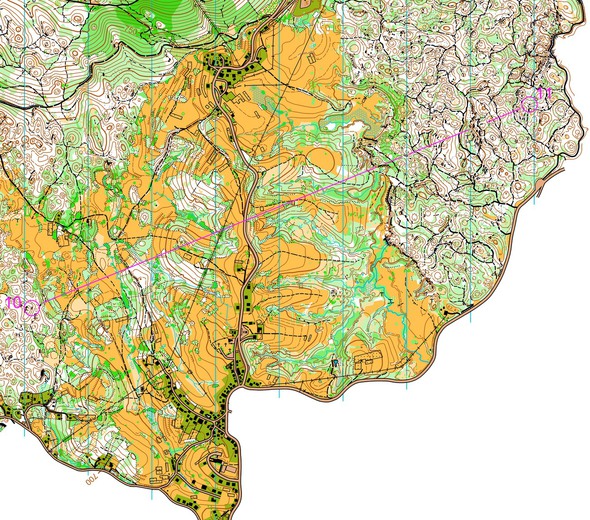 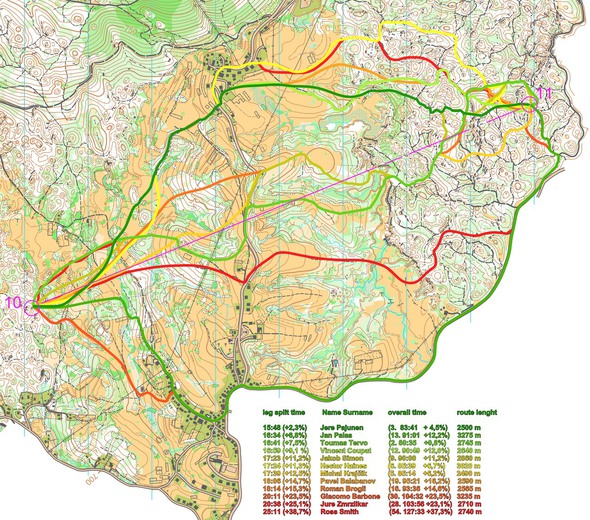 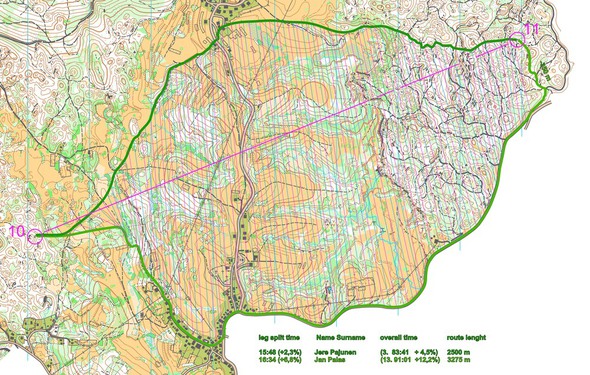 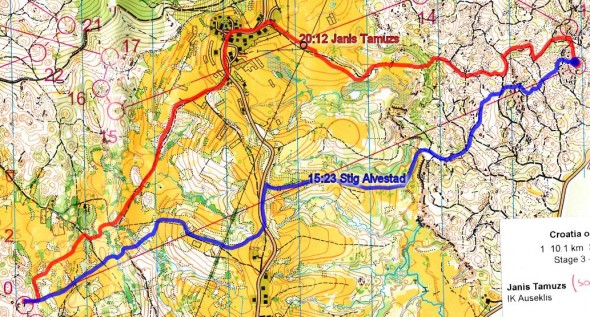 There are three main options for this leg:

According to the organizers, it is most likely that northern route choice is a bit faster – but they did not have the route of Alvestad. Update: Based on the comment from Palas, I guess we have to completely change the conclusion (that’s how it is when trying to analyze without GPS-data – luckily we usually have GPS-data here in Route to Christmas these days:). Thanks a lot Jan, for your comment!

The question for you: Do you prefer more running on terrain or on paths and roads while solving long legs?