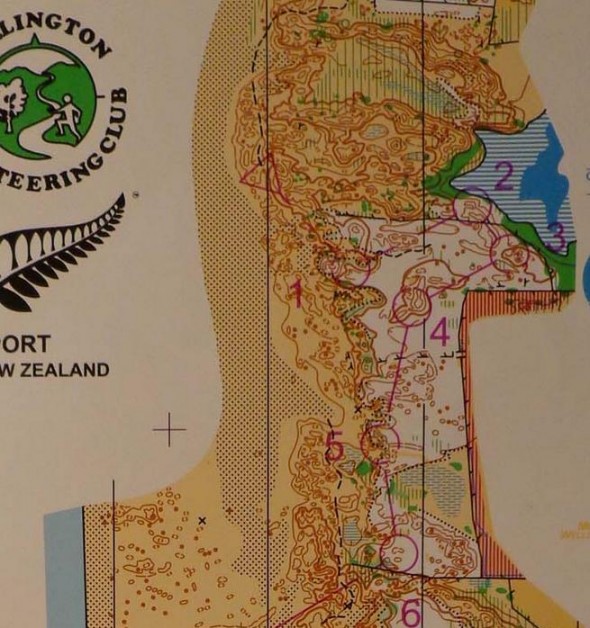 I am probably the one who did the least amount of mistakes, and that was rewarding

It was a strong Swiss and Swedish day on Manga Pirau – all top 8 where Swiss and Swedish runners. Behind Hertner followed Johan Runesson (Sweden), Jerker Lysell (Sweden) and Matthias Merz (Switzerland). In the women’s class Denmark’s Ida Bobach finished second – 1:23 down on Jansson. Tatiana Riabkina and Tone Wigemyr followed.

Less mistakes than the others

– I was prepared for a tricky race, and therefore I was very careful in my orienteering, Helena Jansson – winner in the women’s class – told orientering.se after the race.

– I did not do a technically clean race. But I am probably the one who did the least amount of mistakes, and that was rewarding.

This was Jansson’s first victory in the World Cup since her WOC gold on the middle distance in 2011.

Similar to the Danish west coast

Today it was all about accepting your mistakes and try to minimize them.

Ida Bobach in second spot explains on he webpage that she felt very at home in the New Zealand beach terrain – a terrain which resembled her home country Denmark in many respects.

– My tactics was to plan well and try to simplify with the larger heights and look well ahead. The tactics worked well, but I was not accurate enough into the controls.

Bobach explains that she was not the only one doing mistakes – everybody she has talked to have made mistakes.

– Today it was all about accepting your mistakes and try to minimize them.

– I run a safe and systematic race. To get these good answers means a lot to me ahead of the season, Johan Runesson told orientering.se. On his own webpage, Runesson elaborates.

– After around 7 minutes running, we got onto a sand dune terrain were most of the course was run. At the first control I noticed that my orienteering did not follow, and was close to missing the control, Runesson explains.

– Then I slowed down and checked the map an extra time, and could find the control. This was a wake-up call which I brought with me all the way to the finish. The rest of the course flowed in a calm and controlled pace.

Runesson expected to fight for a Top 10 position with this race – but in the end finished second. 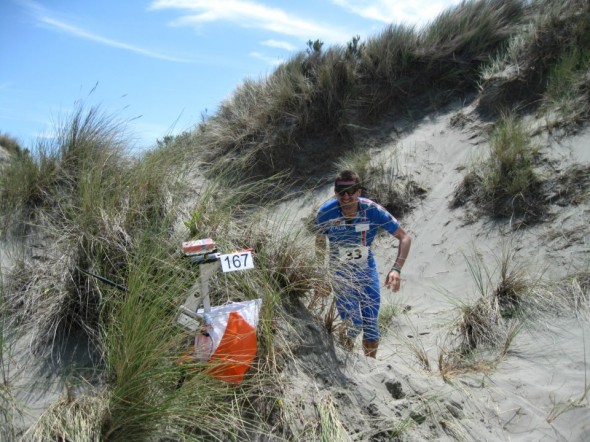 The competitors were met by tough and tricky beach terrain. Photo: Alessio Tenani

I saw Matthias Merz punching a control. I run up and punched, and continued

Olav Lundanes had the fastest time when arriving in the finish, but was disqualified after taking the wrong 16th control (the women control).

– […] I saw Matthias Merz punching a control. I run up and punched, and continued, Olav Lundanes explained to orientering.no.

After Lundanes ran on, Merz discovered that he had punched the wrong control. The Swiss corrected his mistake, loosing some seconds. Lundanes on the other hand lost a clear victory.

There was no TV and no live GPS-tracking from the first World Cup race of the year (there was a live stream, but it only showed the runners running in to the finish along with speaker sound). To get a small feeling for the terrain, take a look at this report from the Danish O-Federation’s Web TV. 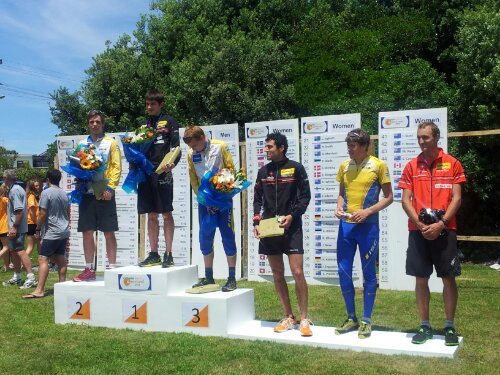 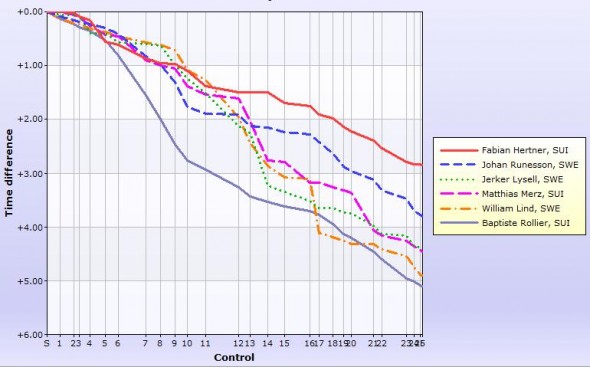 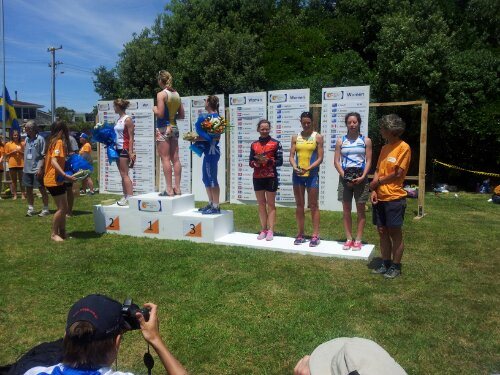 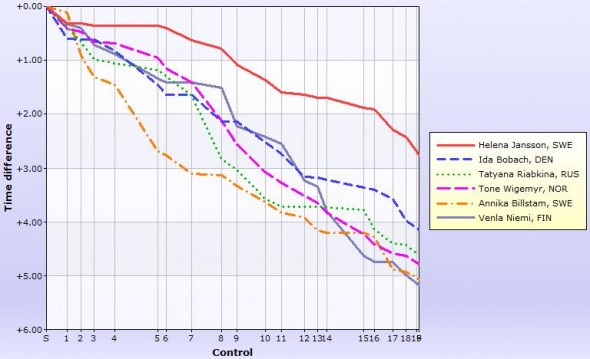 Below you see the complete course – courtesy of Øystein Kvaal Østerbø. Full results are available here. 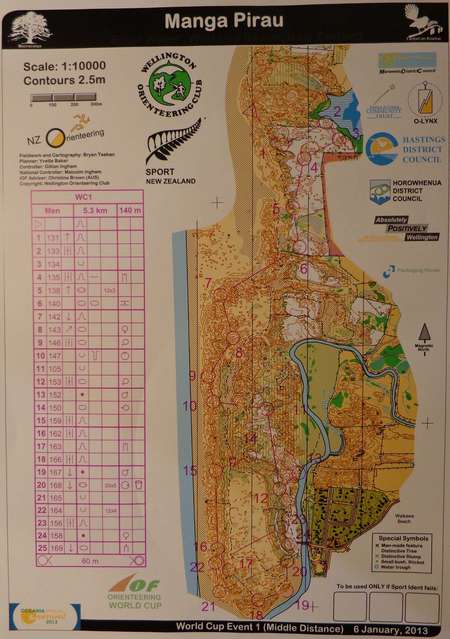 Jan Kocbach is the founder of WorldofO.com - taking care of everything from site development to writing articles, photography and analysis.
@jankoc
Previous Orienteering World Cup 2013 starts this evening at 21:30 CET!
Next WC 2 Sprint: Final tonight – Qual Map and Results