Todays leg in Route to Christmas is a very fresh one – from a long distance night orienteering race just two days ago. It is a long leg – more than 1.5 km long – and the choice you have to make is a typical one for night orienteering: Straight with higher risk or around on a road.

This might not be the most interesting leg in itself, but I was at the start line it makes it possible to discuss some of the choices you typically have for this kind of legs. To set the scene: This was a mass start race with around 30 runners in this category starting together. The start triangle was just a few meters from the start point, so you can’t do the choice while running towards the start control – i.e. you have to do the route choice while standing still. The terrain was wet – the marshes are deep – and the small tracks are slow (in some interesting way they are at the same time stony, muddy – and you sink some inches down for each step). It is quite far around on the road – but is it too far? How much larger is the risk by loosing significant time by going direct compared to when going around? Which option is fastest with perfect execution? Make your choice – and read on below. 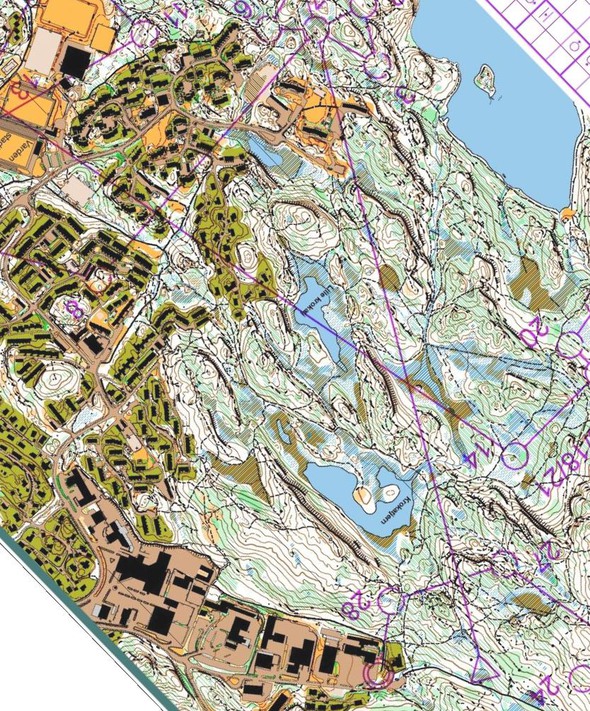 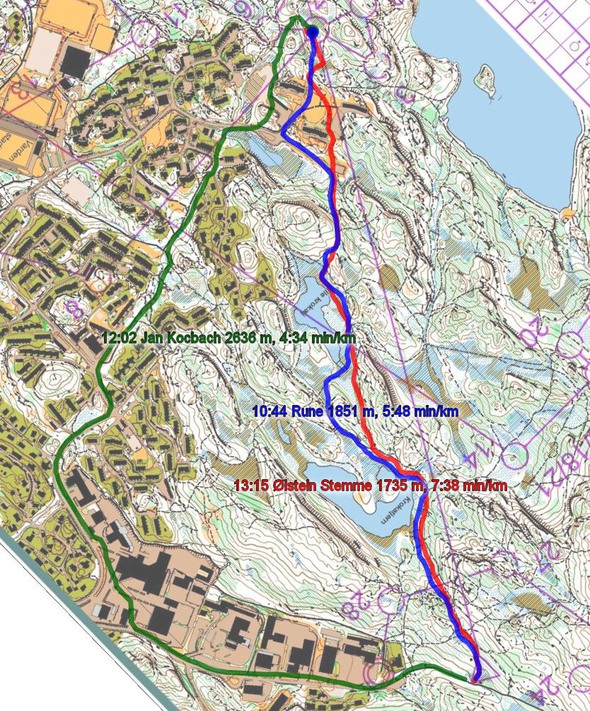 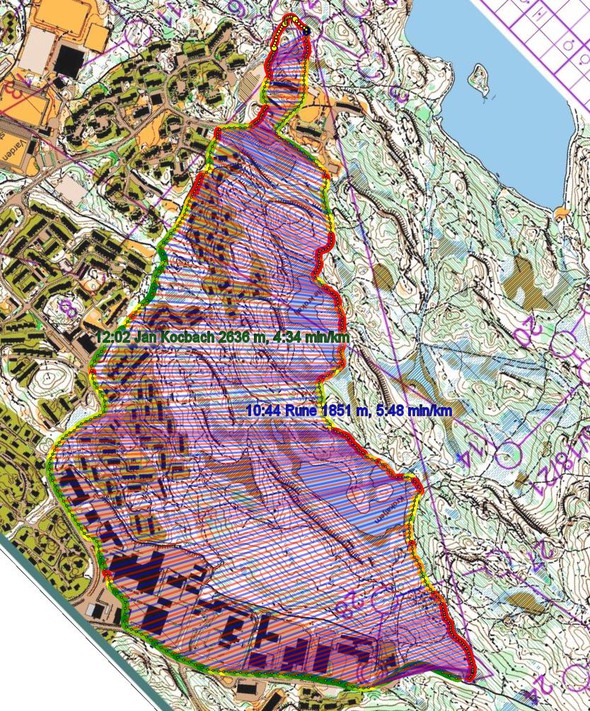 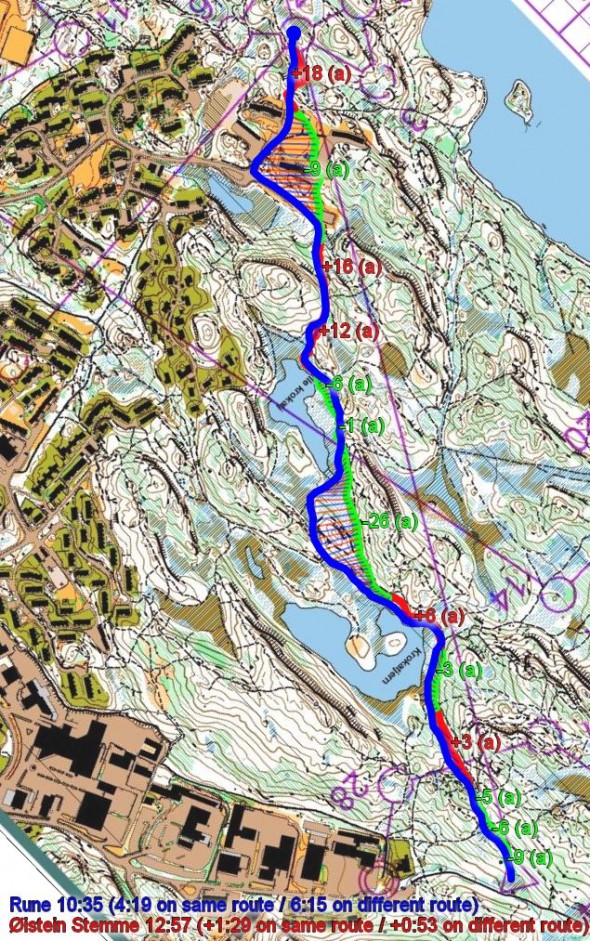 Standing at the start, my judgement as a runner was that the risk of loosing time was larger going direct (even if my strength lies more in going direct) – and thus I took the road around. This was partly based on the risk for doing mistakes direct – and partly that it is difficult to know the runnability. It turned out that most others did the same – just a few runners took the direct option. When approaching the control, the fastest runner going direct (Rune, blue line in the first illustration) and the fastest runner going to the left (Alan, not in the illustration as did not use GPS-watch) appeared at the same time. Thus it would seem like the two alternatives are equal.

However, looking a bit more at the GPS-tracks of two runners running the direct option (see the third of the figures below – this is a so-called time-adjusted autOanalysis where the time losses/gains are adjusted according to the running speed of the two runners – these must be used with care), you can see that Rune looses 20-25 seconds by doing a wrong turn between the lakes around the middle of the leg – and another 5-10 seconds closer to the control. Thus there is at least half a minute more to be gained on the direct route. On the left route, there wasn’t much more to gain according to Alan who was “running very fast”. Rune and Alan would have approximately the same running speed.

To conclude: I would have run direct next time. With optimal execution it should be approximately half a minute faster, and the orienteering on the direct route is not very tricky. What do you think?

The ‘Route to Christmas’ series at World of O has been very popular the last years – and I have therefore decided to continue the series this Christmas as well. If you have got any good legs in RouteGadget, GPSSeuranta or 3DRerun from 2013-competitions – or old forgotten ones which are still interesting – please email me the link at Jan@Kocbach.net, and I’ll include it in Route to Christmas if it looks good. Route to Christmas will not be interesting if YOU don’t contribute.

Jan Kocbach is the founder of WorldofO.com - taking care of everything from site development to writing articles, photography and analysis.
@jankoc
Previous Lucky Voters: Check if you won!
Next Route to Christmas: Day 14 2013