Home / Orienteering News / NORD: – WOC should be split into urban and forest WOC

NORD: – WOC should be split into urban and forest WOC

In a common proposal for the IOF General Assembly, the Nordic orienteering federations (NORD) suggest several changes to the international orienteering calendar which is thought to provide higher quality and more attractive events.

The proposal consist of the following points (see the full proposal here):

There are more arguments for splitting into two WOCs than against it – that is still my opinion. I will not include the full discussion here again, but as pointed out by NORD the split WOC should ensure that more countries can host a WOC and better quality events. 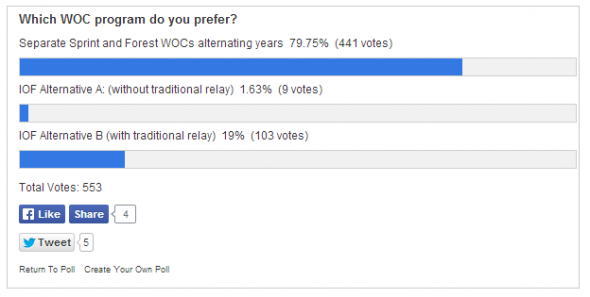 Jan Kocbach is the founder of WorldofO.com - taking care of everything from site development to writing articles, photography and analysis.
@jankoc
Previous World Cup Mixed Sprint Relay: How did you like it?
Next World Cup Spain 2014: All you need to know!