O-Ringen, Swiss O-Week, FIN 5, Croatia Open, Cerkno Cup, Grand Prix Slovakia, Wavel Cup, Sørlandsgaloppen and the Italian 5 Days races are just some of the many orienteering races which have been organized or are ongoing this summer. These summer orienteering races are the highlights of all of the season for many – combining holidays with exceptional orienteering experiences.

Here we take a brief look at some of the races which have been organized so far this summer – including  some of the ongoing races. Some of the upcoming races in the next month not mentioned in this first part of the Summer Orienteering reports (as fortunately(!) no maps/courses are yet published): Bubo Cup in Slovenia, Slovak Karst Cup in Slovakia, Grand Prix Silesia in Czech Republic, OOCup in Slovenia, Classic O-Challenge in Switzerland, Canadian and Western Champs in Canada, Fjord-o 2014 in Norway, Lakes 5 Days in Great Britain, Uslar 5 Day orienteering in Germany, Spanish 5 Days O5dias in Spain, the 3 days of Flandern in Belgium, Grand Prix Polonia in Poland and the WUOC Tour in Czech Republic.

Note! Some races are surely missing in this brief overview – please add links to maps and results and some details about the race in the comments if you know about other interesting summer orienteering races not mentioned here! Focus in this article has been on events present in cal.worldofo.com. Please make sure YOUR event is in cal.worldofo.com!

Swiss O-Week is the most spectacular of the large summer orienteering races this year- organized in the area around Zermatt until July 26th – the second stage was organized on Monday July 21st. The Swiss O-Week sets a new record this year with nearly 5.000 participants. Above part of the elite course from stage 2 is shown.

Many top runners participate in the elite classes in the Swiss O-Week. In the sprint the first day the field was led by the Swiss WOC team with Daniel Hubmann and Judith Wyder winning the sprint in Zermatt. On the second stage in the high mountains the men’s elite class was won by Baptiste Rollier ahead of Matthias Kyburz and Marc Lauenstein. Simone Niggli won the women’s elite by a hair’s breadth. She was just 6 seconds in front of Sara Lüscher with Norwegian Mari Fasting 2:10 behind. 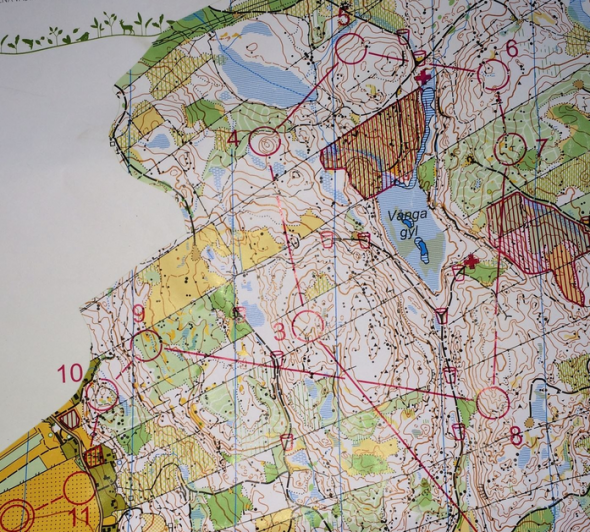 O-Ringen in Skåne in southern Sweden is the largest of the summer events with nearly 20.000 participants. O-Ringen has its 50 year anniversary this year and offers the best elite start fields of the summer orienteering races and “real” prize money for the winners.

The main elite classes were won by Jonas Leandersson and Maja Alm the first day – a sprint race. The first real forest race – a tough long distance race was won by Thierry Gueorgiou in more than 90 minutes and Tove Alexandersson in nearly 80 minutes – Alexandersson winning with nearly 6 minutes ahead of Annika Billstam. Ida Bobach and Maja Alm followed on the next places – with World Champion on the long distance from Italy this year Svetlana Mironova in 6th place. In the men’s class Jonas Leandersson finished second with Olav Lundanes and Tue Lassen on the next places. 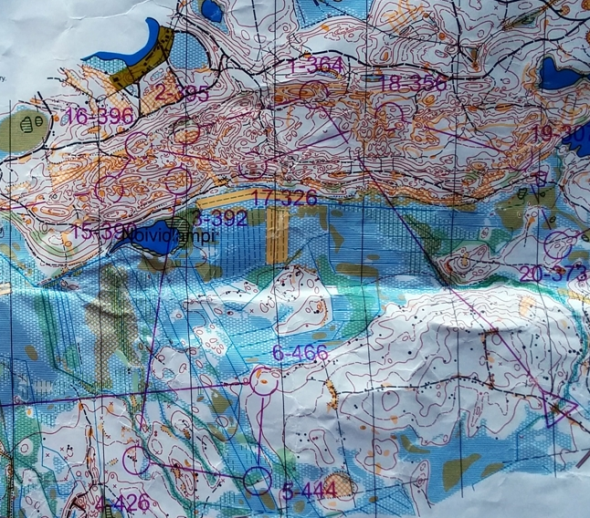 FIN 5 is the largest Finnish summer event with more than 6.000 participants this year. It was organized earlier in July in northern Finland. The terrain was great – from fast to very detailed. Many of the top Finnish runners run the FIN5 – although the overlap with the World Championships in Italy made the start field significantly weaker. The men’s elite class was won by Tero Föhr – the women’s by Yvonne Gunnell. 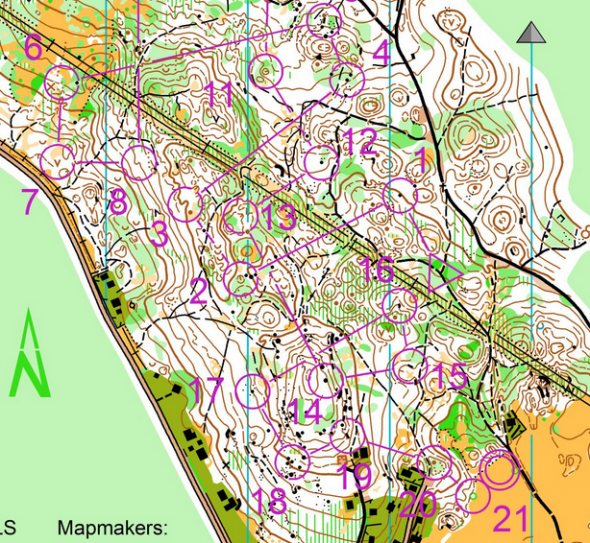 Croatia Open traditionally offers a good mix of orienteering and holidays: From navigation in some of the toughest karst terrain in the highland of Croatia to a combination of swimming and sprint orienteering on the Islands of Croatia.  This year the event is a bit smaller than last year with around 600 competitors. 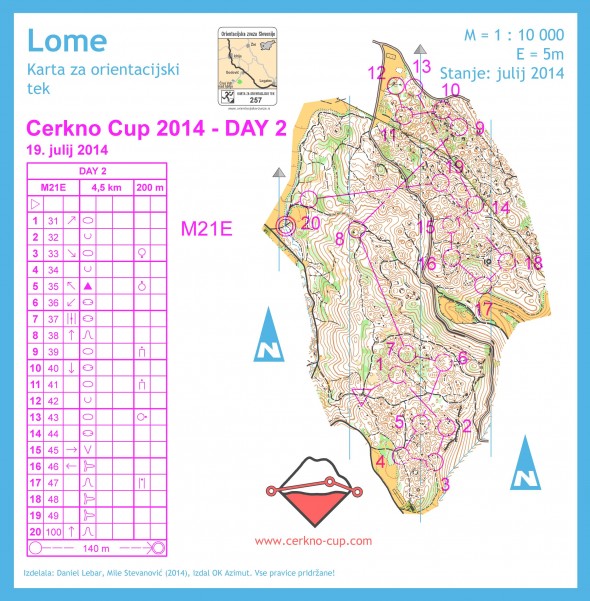 The World Ranking event was won by Yury Masnyy ahaed of Olle Kärner – the women’s was won by Adéla Jakobová ahead of Adela Flasker.

For all following the World Orienteering Championships in Italy the maps from the 5 Days of Italy is nothing new. Many of the maps were the same used during the championships – others had been used as training maps for the WOC competitors. Note that some of the courses for the 5 Days races seem to actually have been more tricky than the actual WOC courses on the same maps – above is the last part of the M16 course of the last day. Even Gueorgiou, Berman and Lundanes would have had something to work on here …

The overall victory in the elite classes went to Matthias Merz and Elin Skantze. 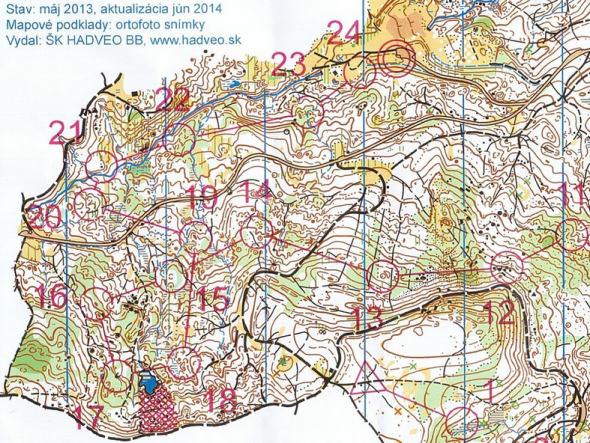 Grand Prix Slovakia is a nice, small 3 Day event organized in Slovakia. The courses were varied in interesting terrain – see the elite course from the first day above. The elite classes were won by Tristian Bloemen and Lucie Krafkova. 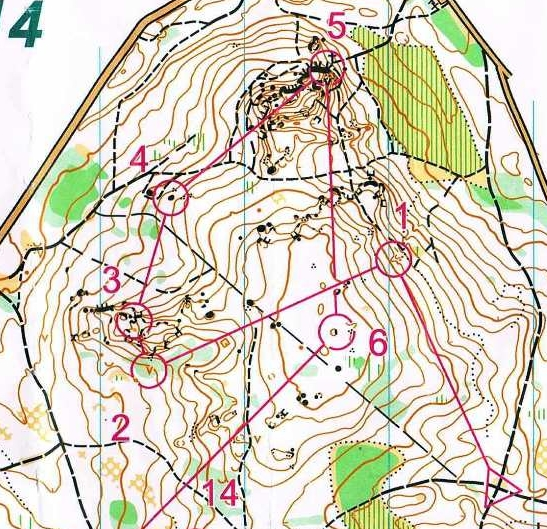 Jan Kocbach is the founder of WorldofO.com - taking care of everything from site development to writing articles, photography and analysis.
@jankoc
Previous JWOC 2014: All You Need to Know!
Next JWOC 2014: Maps, Results and Medal Overview