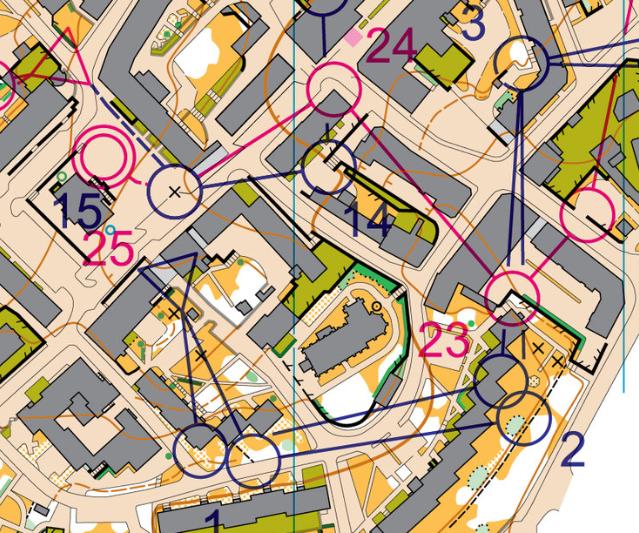 Switzerland’s Judith Wyder – yesterday’s winner – started best on the first leg and took Switzerland to a 3 second lead ahead of Russia’s Natalia Vinogradova. Sweden’s Lina Strand was 8 seconds behind in third with Denmark in 7th – 16 seconds behind.

Andreas Kyburz increased the lead for Switzerland on the second leg to a 35 second lead down to Sweden’s Emil Svensk with Denmark at +47 seconds in 6th position after Tue Lassen’s race. On the third leg Andreas’ brother Matthias Kyburz held the lead for Switzerland constant at 35 seconds, while Denmark’s Søren Bobach got up into medal positions at +44 seconds – running three seconds faster than the two runners in the lead.

On the last leg Sweden’s Helena Jansson did a great race and got very close to Switzerland’s Rahel Friederich – only 4 seconds behind in the end. Denmark secured the third place at +30 seconds with Maja Alm. 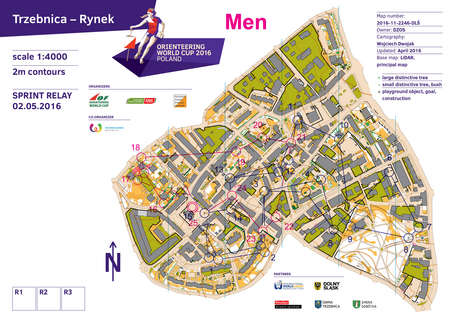 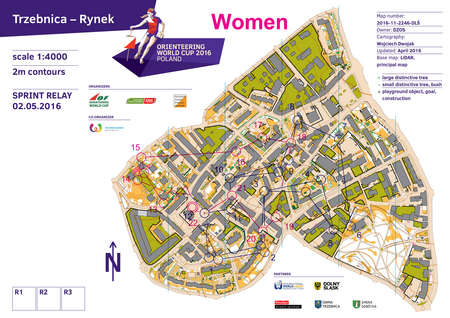 Note that only one team from each country count in the Sprint Relay World Cup. The below list gives placement only for counting teams, but all teams are included for completeness. 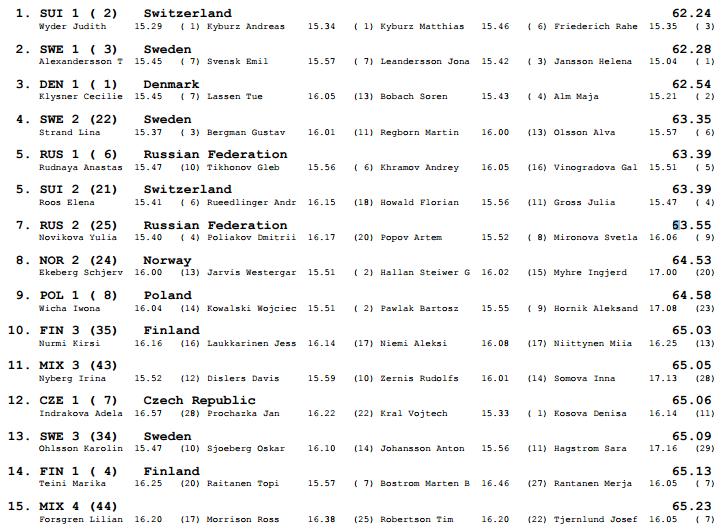 Jan Kocbach is the founder of WorldofO.com - taking care of everything from site development to writing articles, photography and analysis.
@jankoc
Previous WCup Poland Sprint: Maps and Results
Next 10Mila 2016: All You Need To Know!