More than 300 athletes from 39 nations will be competing – at altitudes between 1150 and 2300 m. The event centre is in Scuol in the Engadin valley. The area is characterised by pine, larch and spruce forest, some semi-open and open areas of varying size. The ground is often covered with grass. There are also some areas with marshes – and the long terrain has quite rough and stony ground.

Read on to find all important details about the championships. If some details are missing, please add a comment or question below. 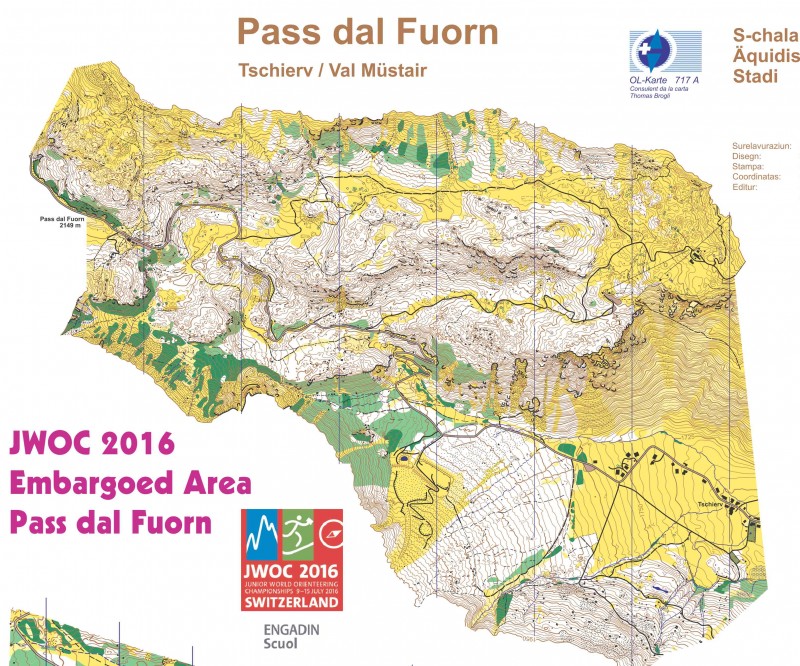 There is no qualification for Sprint and Long. The best 20 in each heat go to the final in the middle distance. See course and terrain details for each discipline further down.

Arena passage: The spectator control is the same as the last control.

Vegetation: Pine forest with semi-open sections vary with open areas. The ground is quite rough and in some parts has grassy spaces interspersed with rocks.

Visibility: Very good in open areas and mostly good in the forest parts.

Paths and roads: Few bigger roads and some hiking trails.

Arena passage: M20 have an arena passage after 1/3 of the race with a compulsory leg

Terrain form: 1350- 1650 meters above sea level on a broken hillside. Some areas have detailed contours and rocky features.

Vegetation: Pine and spruce forest with small open areas and few marshes. The ground is often covered with grass.

Runnability: From good to very good, in few smaller sections runability is reduced because of vegetation and rocky ground.

Visibility: From good to very good.

Qualification: 20 athletes from each heat qualify for the A-final.

Terrain form: 1440- 1800 meters above sea level on a moderate to steep hillside with some rocky features.

Vegetation: Pine, larch and spruce forest, some semi-open and open areas. The ground is often covered with grass. Only very few parts have thicker vegetation.

Paths and roads: A few forest roads and some hiking trails.

Arena passage: All athletes have an arena passage after about 75% of the race. The end of the compulsory leg is not specially marked, but clear in the terrain. The end of this marked route will be obvious for athletes. 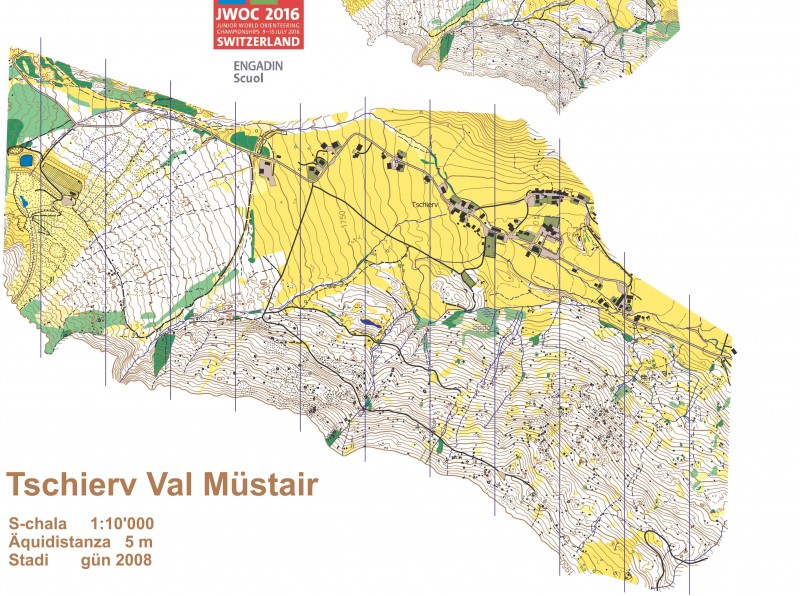 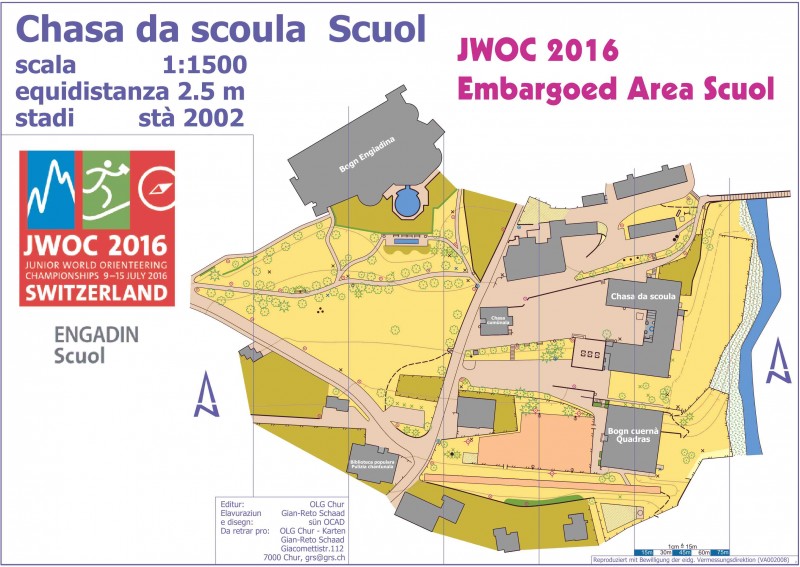 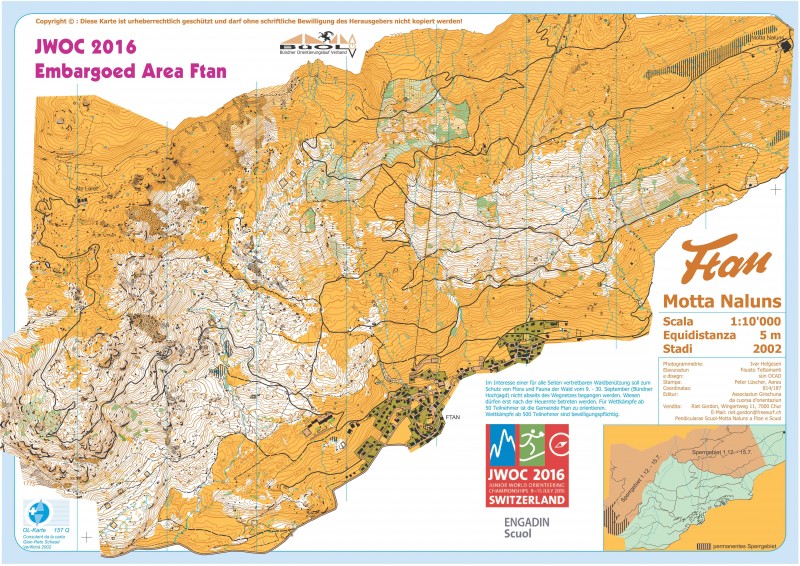 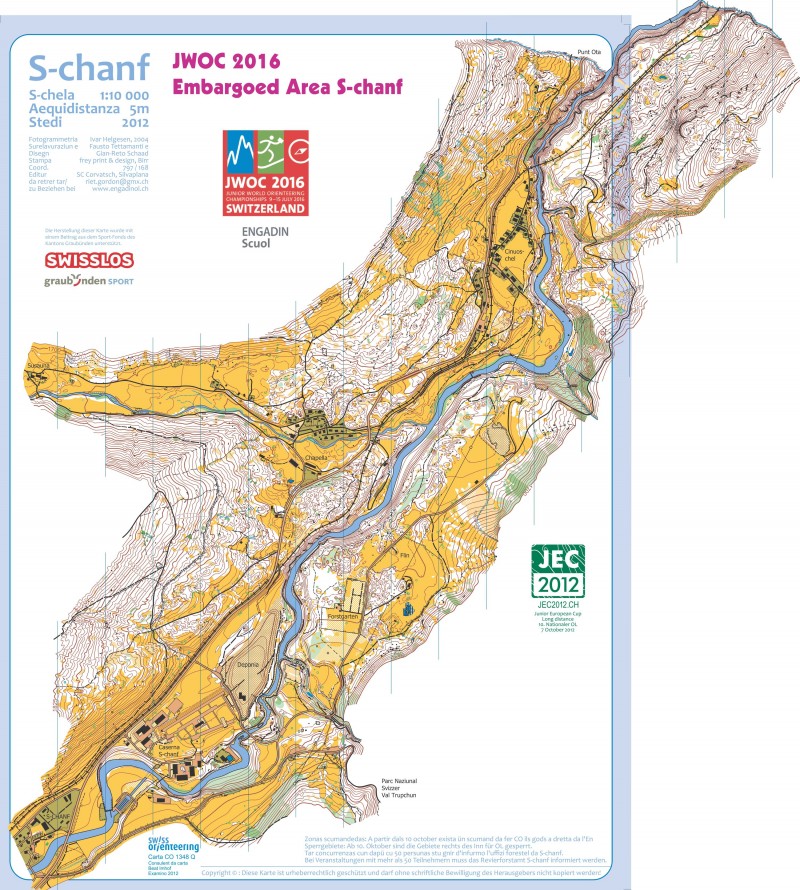 Jan Kocbach is the founder of WorldofO.com - taking care of everything from site development to writing articles, photography and analysis.
@jankoc
Previous EYOC 2016: Maps and Results
Next JWOC 2016: Quick look at previous results