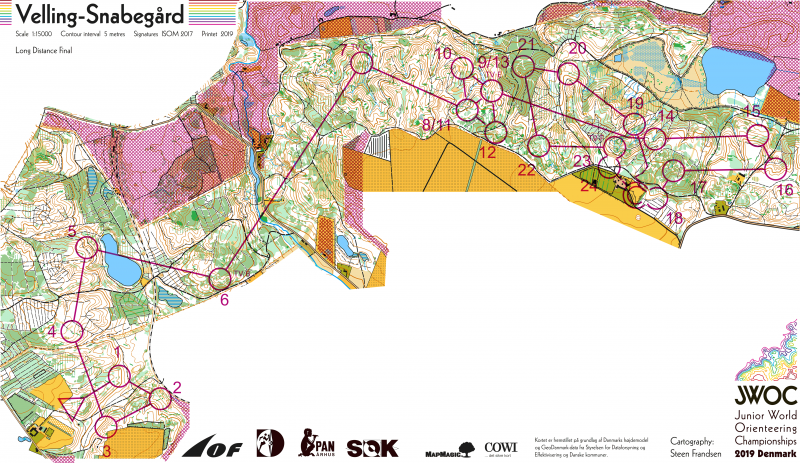 While the time differences were large in the men’s class – Fosser crushing his team mate Elias Jonsson (NOR) with 3:09 and with 5:30 down to Sunday’s JWOC Sprint winner Aston Key (AUS) in third, the race was much tighter in the women’s class with a shared victory and only 31 seconds down to Grace Molloy (GBR) in third, 3:20 down to 10th place and 4:48 down to 20th place! 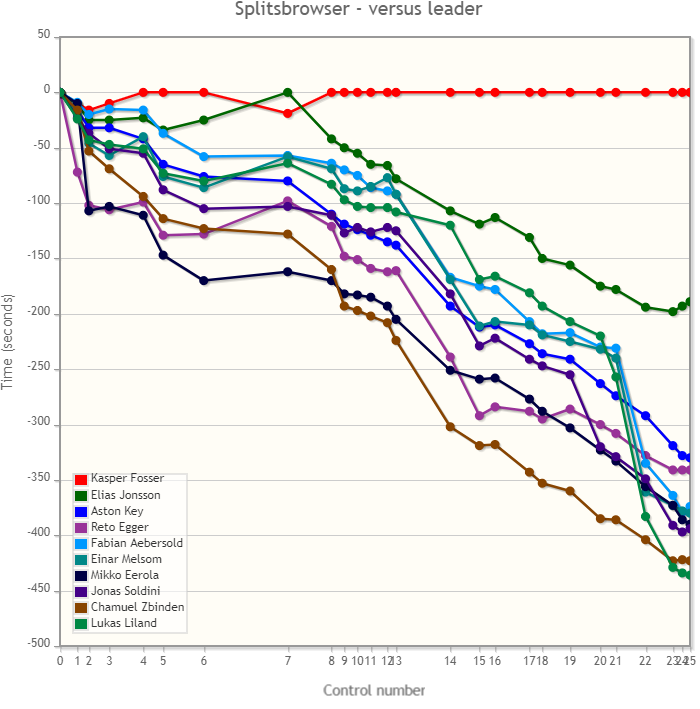 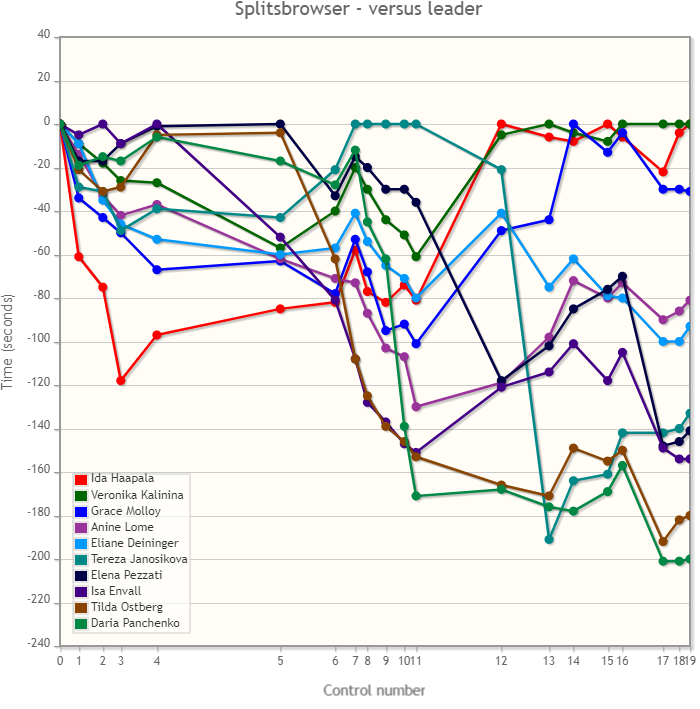 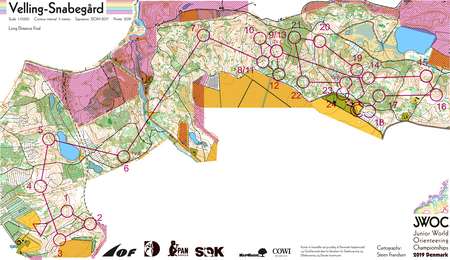 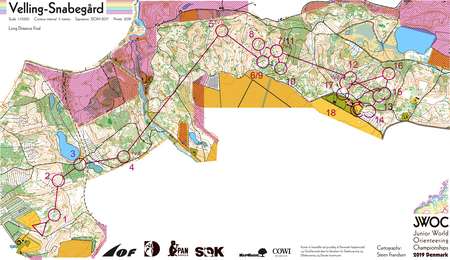