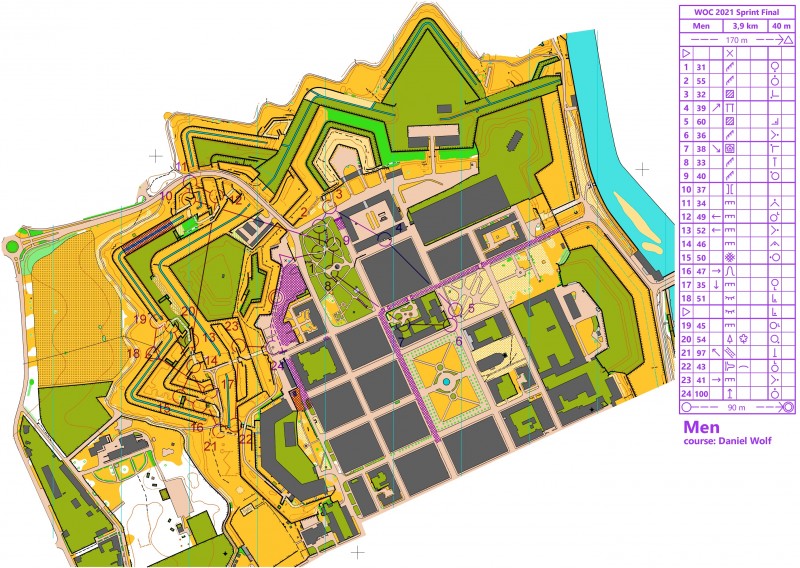 In the men’s class Kasper Fosser (Norway) and Tim Robertson (New Zealand) took the other medals, while Natalia Gemperle (Russia) and Maja Alm (Denmark) were closest to Alexandersson in the women’s class.

Von Krusenstierne did a bad race in this morning’s qualification race (due to a problem with the course overprint), and barely managed to qualify for the final. This meant an early start in the final – were von Krusenstierne set a strong leading time which nobody could beat. Runner after runner came in behind the Swede – in the end Kasper Fosser was closest, finishing only 7 seconds behind. In the splits browser illustration below for Top 10 you see how von Krusenstierne runs a good race from start until finish. A 5 second miss to control 22 lets the competitors get closer towards the end, but von Krusenstierne’s finish is faster than everybody else. 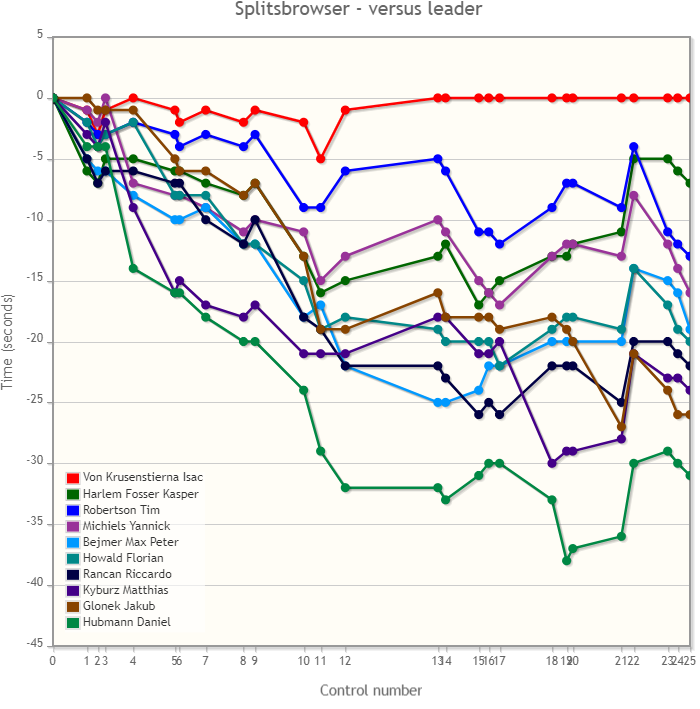 The below splits browser illustration shows the four fastest in the end – with quite big changes on the route choice legs towards the end – especially controls 21, 22 and 23 seem to give big time differences. Based on the big oscillations, it looks like it might have been difficult for the runners to consistently understand which route was fastest – in the end they just had to make a choice based on intuition and run as fast as possible. 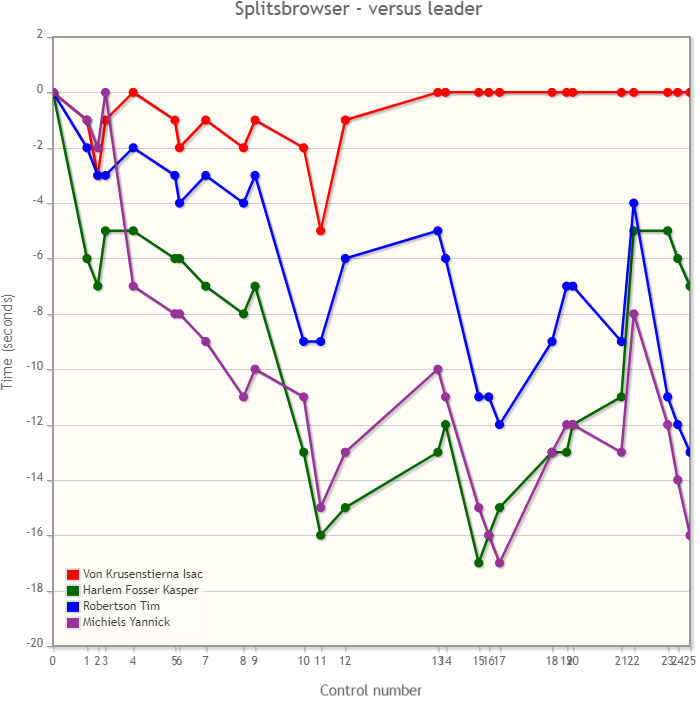 The runners who was closest out on the terrain was Emil Svensk (Sweden, gold at EOC 2021), leading the race until control 12. Svensk did a big mistake in the tricky sprint terrain and finished far down on the results list – see the split browser illustration below. 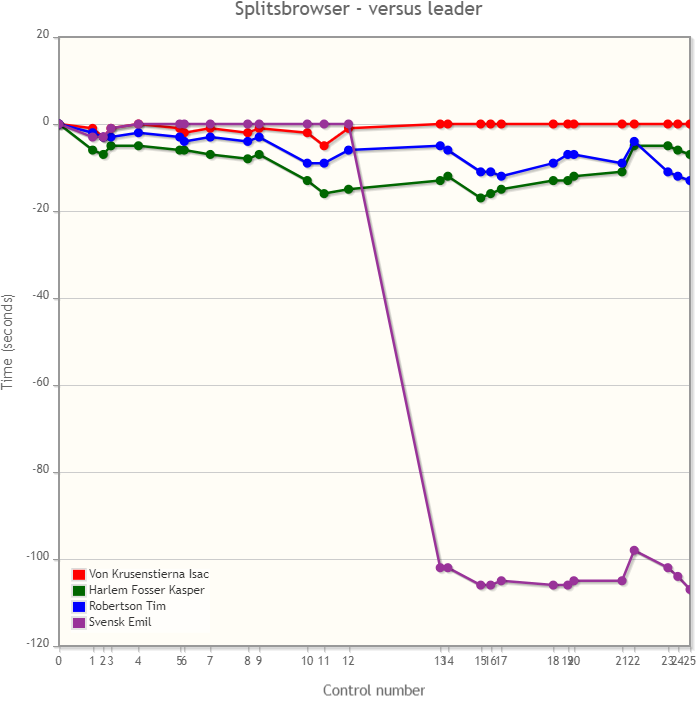 Women: Alexandersson in another league

Tove Alexandersson took her 11th WOC gold medal – but the first in the Sprint discipline. Alexandersson was in another league than the others physically, but lost more than 40 seconds on a route choice (which may have been due to the map not giving clear information about possible route choices) and thus made the race exciting for the viewers. At the second TV control Alexandersson was suddenly behind Gemperle after having a 32 second lead a few controls earler. After a very strong finish, Alexandersson managed to put some distance between herself and Gemperle in second place, winning with 9 seconds margin. Maja Alm, reigning champion and unbeaten in WOC Sprint since 2014, finished in third place in her comeback – the same result as in her break-through WOC back in 2014. 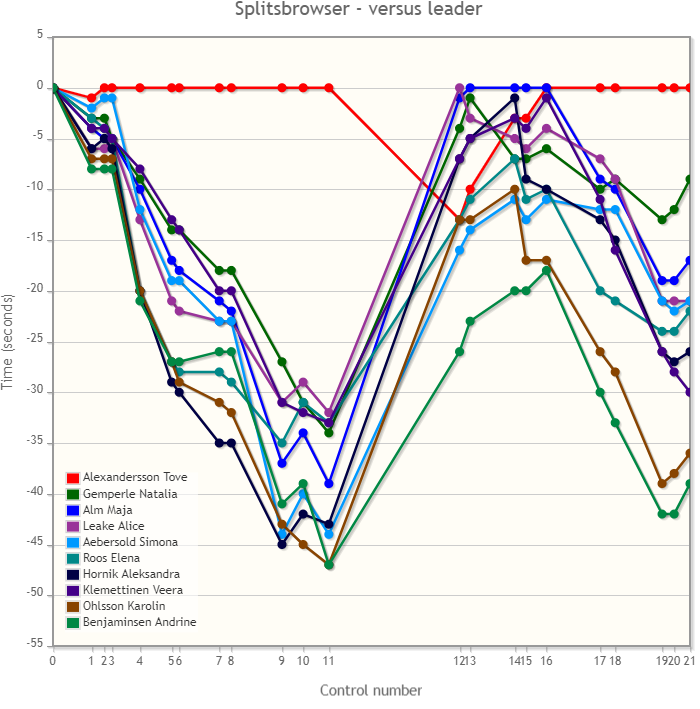 Taking Alexandersson out of the comparison we get a very complex picture showing the battle for the medals. The big surprise from Great Britain, Alice Leake, was actually closest to the silver medal four controls before the finish, but losing time towards the end. Maja Alm had the lead in the battle for silver the four controls before, but was also not strong enough towards the end. Veera Klementtinen and Simona Aebersold were also up there leading the chasing pack for a while earlier in the race. With all these changes, it will be very interesting to take a deep look at the GPS-data and see if that will explain more about how the battle for the medals was decided. 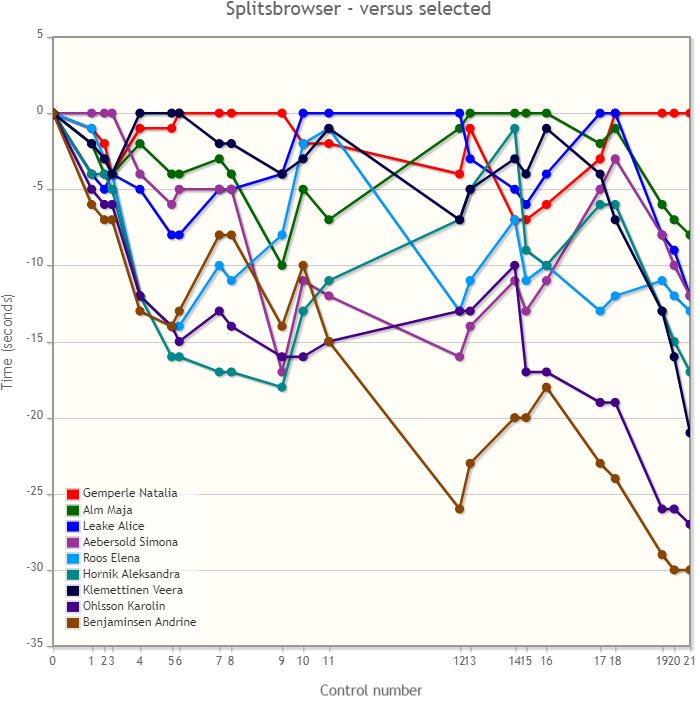 For the Swiss runners, this was a black day. Switzerland has never been without medals at WOC sprint before – this time the Swiss runners did not win medals in either the men’s or the women’s class. Simona Aebersold (4th) and Florian Howald (6th) had the best results. The Swiss are still the big favourites on tomorrow’s Sprint Relay along with Sweden, though. 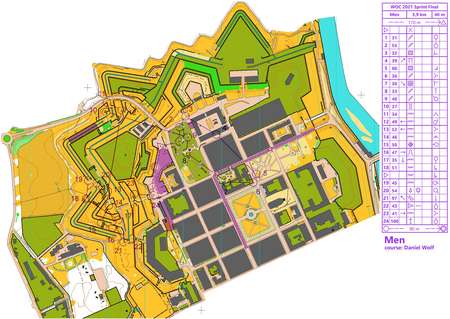 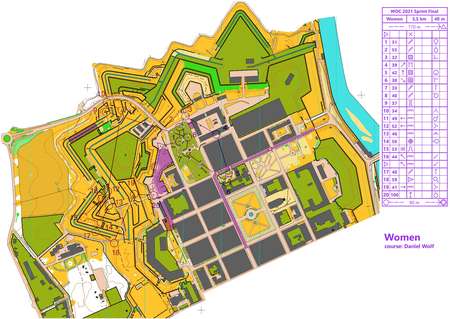 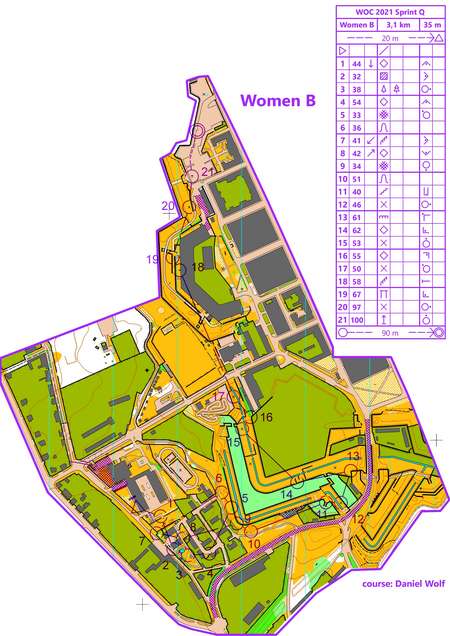 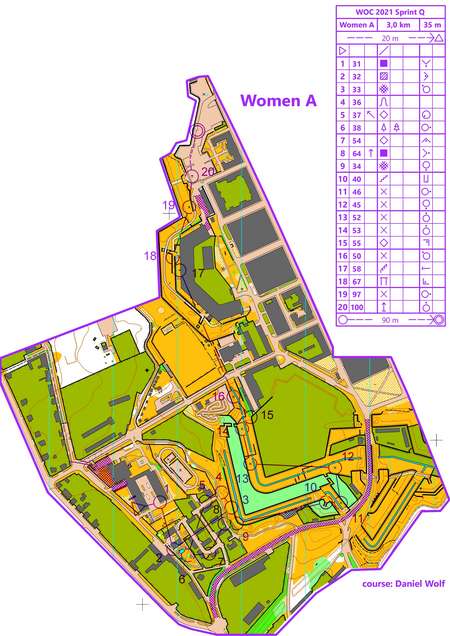 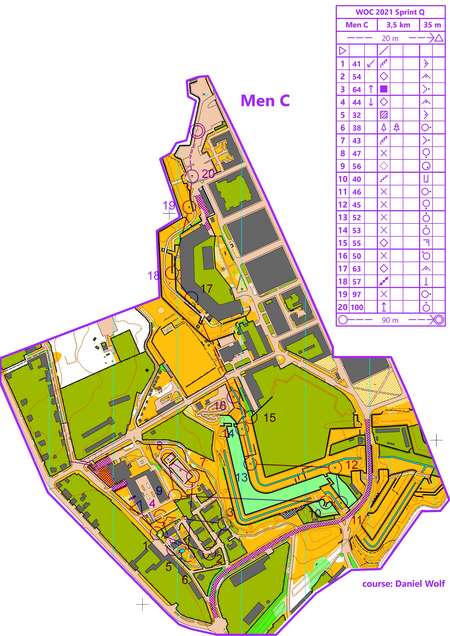 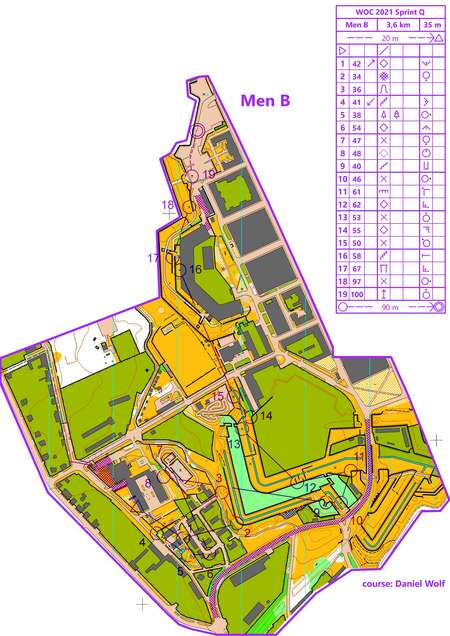 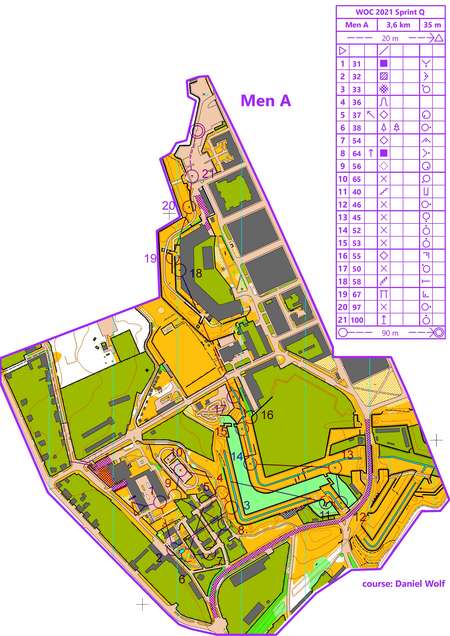 Jan Kocbach is the founder of WorldofO.com - taking care of everything from site development to writing articles, photography and analysis.
@jankoc
Previous WOC 2021 Sprint: Preview – LIVE TV from 14:50 CET
Next WOC Sprint Men 2021: How was the race won & lost? 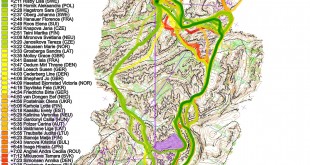 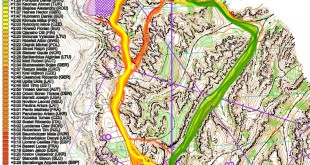 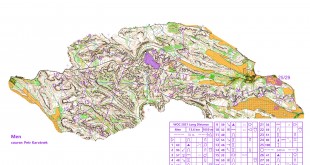 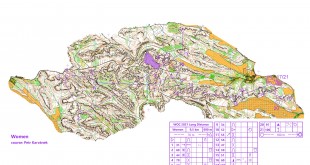 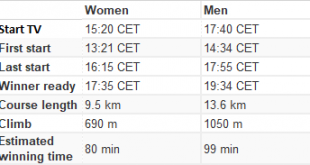