Home / Events / KnockOut Sprint: Orienteering out to the people?

KnockOut Sprint: Orienteering out to the people? 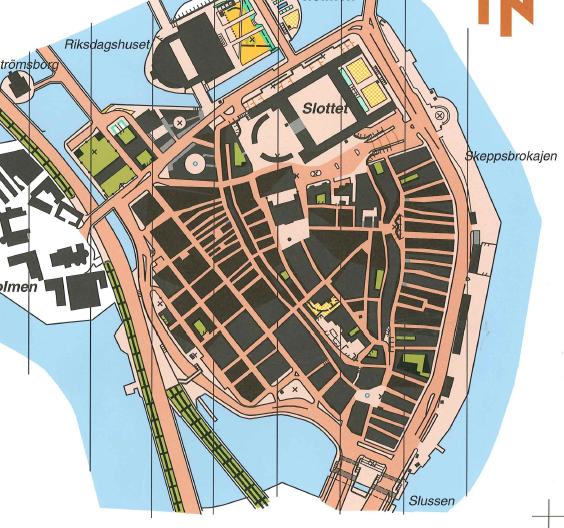 At 19:30 CET today when the KnockOut Sprint finals start in Stockholm we might get the first part of the answer: Is the KnockOut Sprint format the way to get orienteering out to the public outside the orienteering community? The KnockOut sprint in the Nordic Orienteering Tour is a true copy of the popular sprint discipline in Cross Country Skiing, all the way down to the detail that all runners have the same course without any forking – not even a butterfly.

This last detail seems to be the most controversial in the orienteering community. – How can this race format reflect the true nature of orienteering when everybody runs the same short course with a mass start, is a question I’ve heard several times in this regard.

Tour manager of the Nordic Orienteering Tour, Henrik Skoglund answers the question about the race format the following way. – The basic thought is that if all runners do not run the same course, the unfairness becomes to big. In a course which takes 6-7 minutes it is not easy to get a forking which at the same time makes for a TV production which is easy to understand. Skoglund finishes by stating that he has an idea for next year which might do it even a bit more interesting.

– More important to be a good map reader

Jørn Sundby had a similar answer to the question some months ago (at which time Sundby was Tour manager). – The competition shall be a fight man against man with tactics as the main element. Routechoices shall be decisive, and runners who are ahead with their orienteering shall have an advantage. With as few as six runners in the heats, forking could be unfair because it could decide the race, and the lucky ones could come behind the best in “their” forking and earn time on it. With unforked courses everybody has the same chances.

– Our experience from testing of this race format have shown that if the course is good, it is more important to be a good map reader than to be a good runner. We think that more runners have the chance to win a KnockOut Sprint than a regular sprint (in which Hubmann and Khramov have been in their own class).

Orienteering format of the future?

The main reason for experimenting with the KnockOut Sprint format and the other novel race formats in the Nordic Tour lies in making orienteering interesting for TV – especially for viewers who are not part of the orienteering community.

– The Nordic Orienteering Tour shall take the orienteering sport into the future – that is the competitions in NORT shall mainly not be traditional orienteering, rather the opposite, Sundby said in February.

The good things about the KnockOut Sprint format are that the format is easy to understand for the viewers, there is time to present the runners properly ahead of each heat, and the first runner into the finish is the winner. On the other hand, I think most of todays elite runners won’t be too happy if the KnockOut Sprint format becomes the orienteering format of the future. If the TV viewers love today’s broadcast, this might just be a format which will be important in the future.

Later today we will get part of the answer – can really the orienteering be decisive in a 7-8 minute long unforked urban race? I’m definitely going to watch and see if this format works. Are you going to watch? What do you think about the format? You can watch the live broadcast from here from 18.20 CET (semifinals and finals). The old map of the area is shown above (screenshot from PDF from the Nordic Tour webpage).

Details about the race today

Start Qualification 10:00 CET. Start Quarter-finals 13:00 CET. Start Semi-finals 18:30 CET. Start finals 19:30 CET The qualification race in the morning for allrunners will be a normal sprint (12-15 minute winning time) with a 1 minute start interval. The top 30 athletes qualify for quarter finals, of these 12 qualify for semi finals and 6 runners will run the finals. The quarter/semi/finals are mass-start events with 6-8 minute winning time. Note: There is no gaffling in the semi-final and final heats! The 6 runners in the final will get bonus seconds 120-90-70-60-55-50. All other runners in the semi/quarter finals also get bonus seconds, counting down to 1 second for the slowest time in the quarter finals.

In the end a comment on the TV broadcast from the first stage of NORT – the middle/sprint race in Finland last Thursday (you can see a replay of the TV production here for Finland – here for Norway). As an orienteer, I loved the live broadcast ; a very professional production with many cameras, nice TV-pictures from the forest, and integrated GPS tracking. In addition, there was full GPS tracking available in GPSSeuranta where one could watch the tracking for all runners. For me as an orienteer, this was a very interesting broadcast.

However, a 50 minute replay of the TV production was shown on Norwegian television (NRK2) in the evening. To my surprise, several of my non-orienteering friends had watched part of the production. Their comments were not too positive, though. Here are some of the comments: “Difficult to understand”, “the map was shown for such a short amount of time that it was impossible to understand anything”, “at the time when I understood which of all the small moving dots the commentators were talking about, they removed the map again”, “a lot of different runners from different countries, but not possible to get a grip on what was really happening”, “the pictures were from the forest, but there were lots of houses on the map”.

Jan Kocbach is the founder of WorldofO.com - taking care of everything from site development to writing articles, photography and analysis.
@jankoc
Previous Jukola+Venla: Maps and full GPS tracking
Next KnockOut: Victories for Hertner and Jansson