Live from 11:30 CET! The shortening of the WOC relay the last years has made the WOC relay even more open – with at least 6 potential gold winners in both the mens and the womens class.

Switzerland has the possibility to get a dream final of their championship on home ground with two gold medals – but on the other hand there are so many strong teams that they can also fall outside the medals in both classes if not all runners do good performances.

Look back at 2011: Finland and France

In 2011 France and Finland won the relay in very technical terrain in France. Seldom there has been this many mistakes done in the top – and this many potential winner teams who lost it due to big mistake. Finland with Minna Kauppi on the last leg seemed to be out of the fight for Gold after big mistakes – but then Kauppi came back and took the gold medal as she has done before – winning just a few meters ahead of Czech Republic. In the mens class there was a fight between the King of WOC 2011 – Thierry Gueorgiou (France) – and Olav Lundanes (Norway) on the last leg. Lundanes did not manage to follow Gueorgiou, and France in the end got a clear and popular relay victory on home ground. 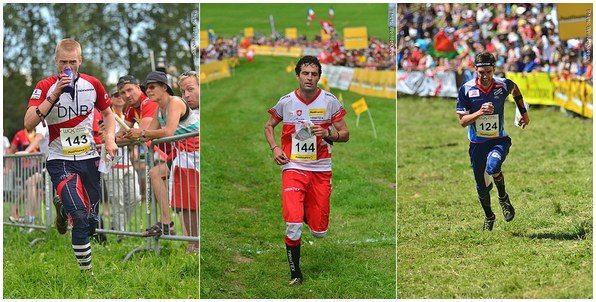 This World Championship has been full of nearly’s for France with the 4th place in both forest disciplines – Thierry Gueorgiou “only” managed the 4th place in the middle distance and Philippe Adamski did a very good long distance race but finished just outside the medals. The French are very hungry for a repeat of last year’s gold medal – and anything outside the medals is bound to be a disappointment to Kenneth Buch’s men. Gueorgiou is on the second leg due to his injury problems – and Francois Gonon who has willingly served “The King of Middle” perfect starting positions in every relay the last years now has the responsibility to take the fight against Olav Lundanes and the others on the last leg. Gonon had to skip the long distance in order to be as well prepared for the relay as possible – the relay has been the highest priority for France all the way in this championships.

The Swiss men will however not let the French get away with the gold medals easily. After “only” getting silver (Merz on long) and bronze (Hertner on middle) in the two forest disciplines, there is big motivation for a gold medal in the Swiss team. Matthias Müller, Fabian Hertner and Matthias Merz are more than capable for it – the mental part will be the deciding factor here. Hit the controls – keep the others away. The loss of Daniel Hubmann on the last leg may make it a bit more difficult for the Swiss – Merz needs to avoid doing any suboptimal routechoices on the last leg.

After Olav Lundanes‘s fantastic long distance performance on Thursday, Norway is now also up among the big favourites in this WOC relay. If Magne Dæhlie (7th on the middle distance) and Carl Waaler Kaas (EOC middle medalist) can serve Lundanes a good starting position, the Norwegians might be difficult to beat.

Outsiders in the WOC relay are Sweden – who have not performed as good as expected so far in this WOC, Russia – who also have had problems living up to expectations, Finland and Czech Republic. All these teams can win gold on the perfect day – with these short legs anything can happen! And even is Latvia is not really among the favourites – with Edgars Bertuks in the shape of his life I don’t want to rule out them either… 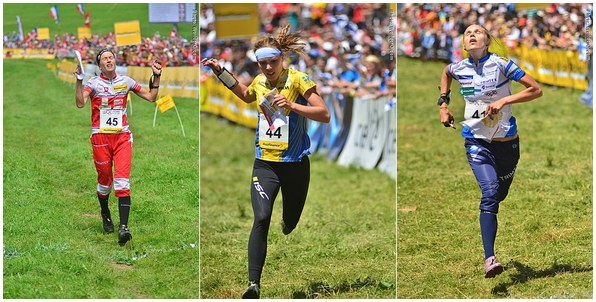 The women’s class has three main favourites: Switzerland, Sweden and Finland. Finland is the reigning champion – and on paper they again do not look like the big favourite which nobody can beat. However, Minna Kauppi again and again proves that she can perform extraordinarily in women-to-women fights in relays. Her last leg performance in Jukola was exceptional – and she has shown very good shape in this WOC so far.

– It was the same as it always is [in a WOC relay]. I do a big mistake, and then there is big drama, Minna Kauppi said after last year’s WOC relay. There might very well be the same situation this year.

Switzerland is the second big favourite. The Swiss second-best women have improved significantly the last years, and they are now at a level were they can serve Simone Niggli a leading position on the last leg with a good race. In the form Niggli is in today, it looks like she herself is her biggest enemy ; with fail free orienteering she has an extra gear compared to her competitors. But Niggli has shown before that she can miss when she is under pressure – nothing is certain before the relay is over even if the Swiss girl manage to send Niggli out first.

Sweden makes a small gamble with junior Tove Alexandersson on the last leg (silver on middle in this championships) – sending out more experienced Annika Billstam (bronze long and sprint in this championships) and Helena Jansson (WOC middle gold medalist from last year, 4th place sprint this championships) on the two first legs. Jansson has been both injured and sick this week, but should be fully recovered when she is on the starting line. Alexandersson can perform exceptionally well – but she can also do big mistakes as she showed on the Junior World Championships in Slovakia last week (16 minute mistake on one control in the long distance).

With Niggli, Kauppi and Alexandersson on the favourite teams on the last leg, we can get a fight between the three big runners of the championships!

Outsiders among the women are Norway, Denmark and last years silver medalist Czech Republic. All three teams can on a top day go all the way to the gold – but they will probably have to fight for silver or bronze as the chances that the three big fail is not that big.

The relay goes in similar terrain to the long distance final – with the same finish area and maybe also partly the same forest will be used. 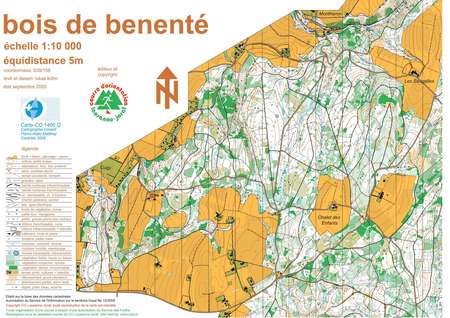 Jan Kocbach is the founder of WorldofO.com - taking care of everything from site development to writing articles, photography and analysis.
@jankoc
Previous WOC Long Women: Brief Analysis
Next WOC Relay: GOLD for Switzerland!