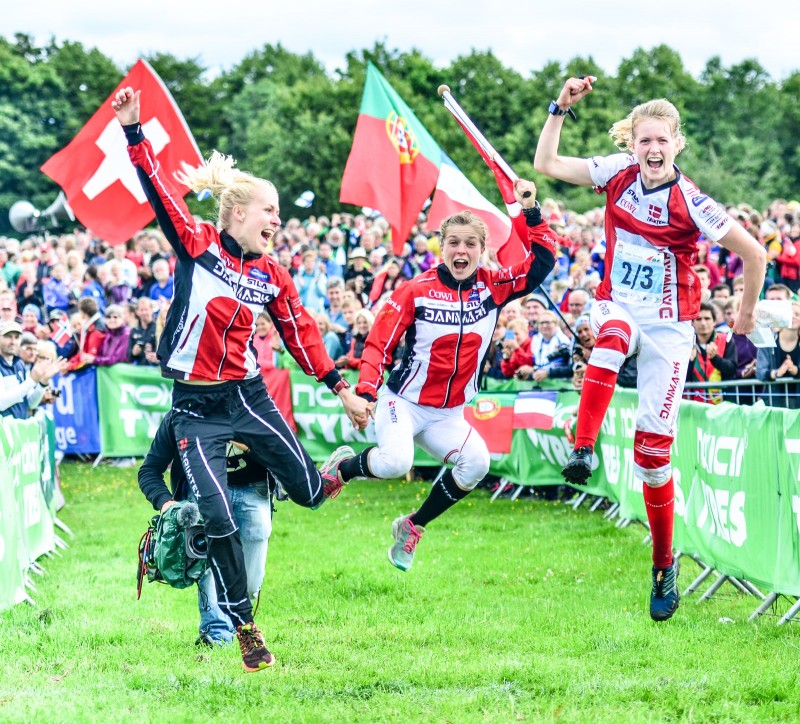 Denmark’s women and Switzerland’s men were in a different league than the others today – running in the lead nearly from start until finish, and deciding the relay already after two legs.

The Danish women had a 4 minute lead after two legs – Switzerland’s men “only” around 2 minutes.

After a late change in team setup, Maja Alm ran the first leg in a fabulous way – giving second leg runner Ida Bobach a clear one minute lead – running along nearly from the start. Bobach extended the lead to more than 4 minutes, and Emma Klingenberg on the last leg could run safely to victory. Meanwhile there was a tight fight for the medals behind Denmark – a fight which Norway’s Anne Margrethe Hausken decided ahead of Sweden’s Emma Johansson.

Hertner and Hubmann decided on the first two legs

In the men’s relay Fabian Hertner ran a good first leg and managed to get a gap to the main contenders. Only Belarus managed to keep up with Switzerland – Norway was nearly 2 minutes behind – France more than one minute, and  Sweden more than 2 minutes down. Daniel Hubmann on the second leg ran a very stable race, and could hand the map over to Matthias Kyburz on the last leg with a gap of 1:30 down to Great Britain in second and around 2 minutes to France in third. Norway chased half a minute behind France. Magne Dæhlie on Norway ran a great last leg, deciding the silver medal fight for him ahead of France’s Frederic Tranchand. 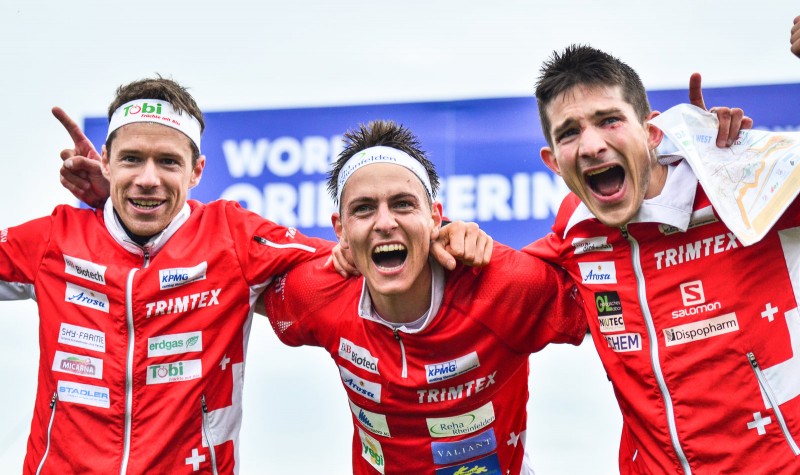 GPS-tracking will be available for free late tonight – this article will be updated with links to GPS-tracking then. For now here is a map with the women’s course. 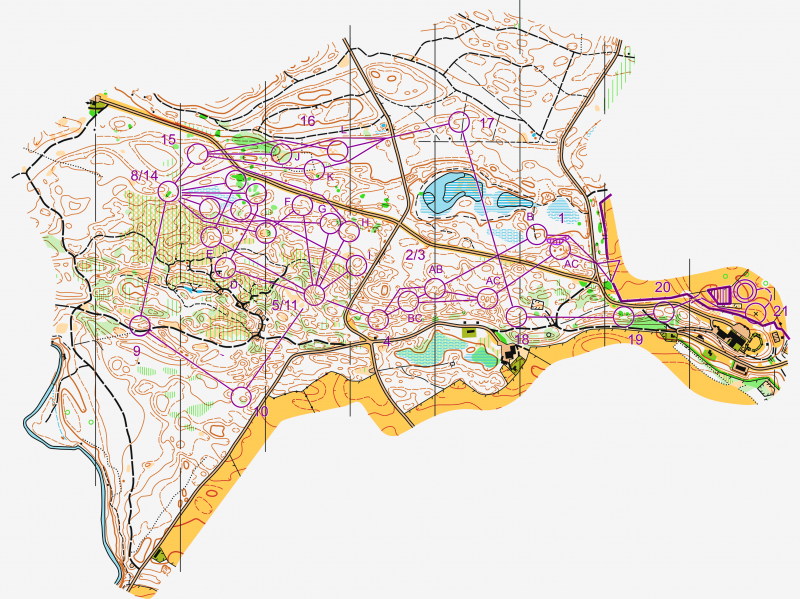 [Sorry for the delayed report here at WorldofO. Although the organizers try their best, the Internet has been very, very variable in the arenas, and it has been difficult to deliver normal quality on time after the events. Focus is therefore put on more thorough analysis the day after the events]

Jan Kocbach is the founder of WorldofO.com - taking care of everything from site development to writing articles, photography and analysis.
@jankoc
Previous WOC Middle Analysis: Why did Billstam take the title?
Next WOC 2015 Relay Women: Quick Analysis