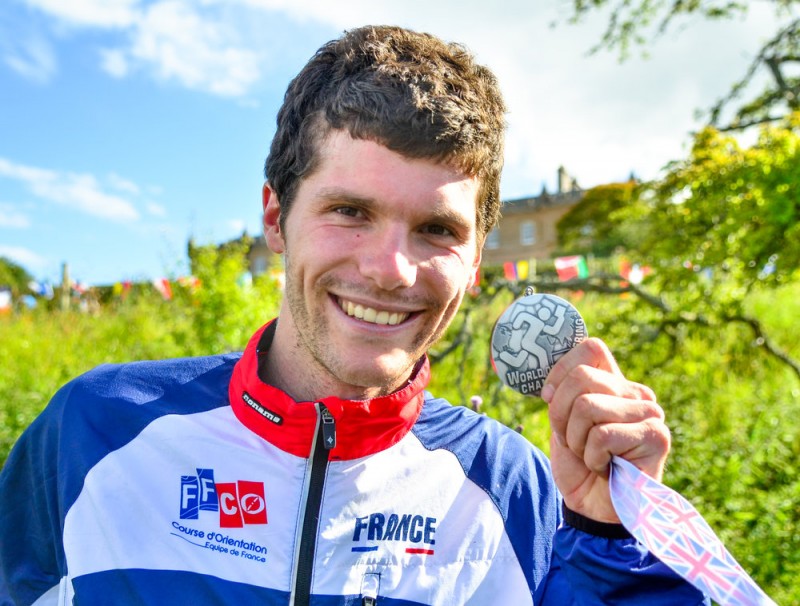 Instead of following the successful approach of Thierry Gueorgiou, Francois Gonon and Philippe Adamski which has brought France a lot of success throughout the years, the “new” generation of French runners use a somewhat different approach according to French coach Charly Boichut at the International Orienteering  Coach Conference in Faak am See, Austria this is not the case.

The French success story is based on extraordinary amounts of orienteering technical training – pushing the limit of what one thought was possible. The tough weekend training camps of the French elite training center “Pole France” – filled to the top with high intensity o-technical trainings – are legendary.

– Training may have the opposite effect 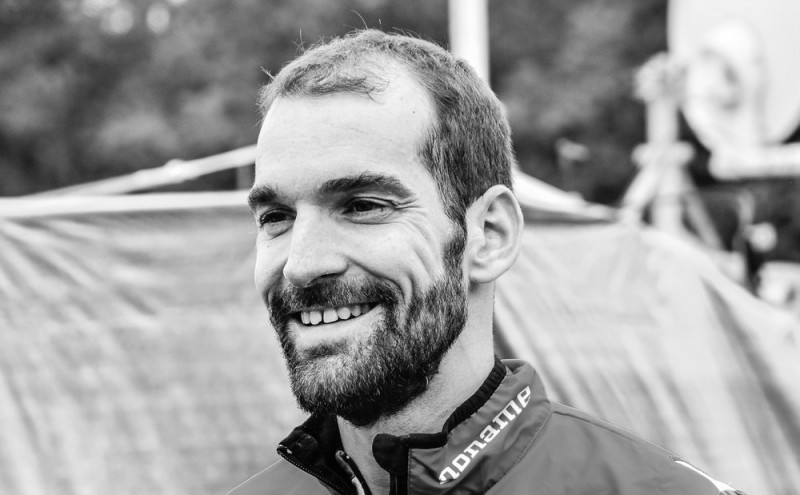 Basset’s approach is to have less orienteering technical training – “only” 30-40% of the total training. In addition the total amount of training hours is significantly less – leading to an even bigger reduction of the number of orienteering session compared to Gueorgiou. Note that even 30-40% orienteering training is a lot more than for example the Swiss recommendation. And while Gueorgiou & Co had almost all high intensive trainings with a map, Basset runs one high intensive training each week on the track. 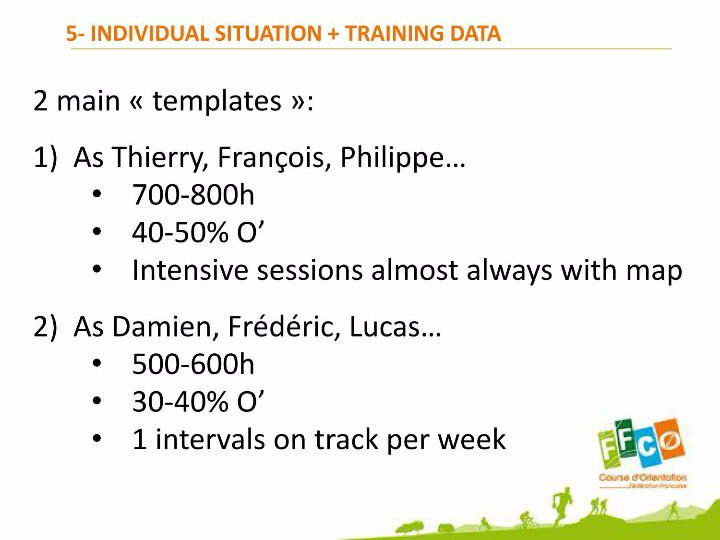 Boichut describes Bassed’s approach as the “new template” – and highlights that Tranchand uses a similar approach. Also former French elite orienteer Damien Renard used a similar approach, although that is several years ago. – For the future, we will focus more on the “new” template, Boichut says.

Boichut also highlights the need for a more individual approach – and points towards Sweden where the athlete is in the center and the training environment is adapted for each athlete individually. – In St-Etienne (in the Pole France Elite training center) we have tried to do the same for everybody contrary to the Swedish “individual approach” – maybe this was a mistake.

The French success story is very much built on the “Pole France” elite training center – a concept which many other nations have admired and tried to copy where all the best orienteers trained & traveled together. In many ways Denmark’s success at the World Championships in Scotland this year is based on a similar approach – and Danish coach Lars Lindstrøm admits that their training center is inspired by the “Pole France” elite center. 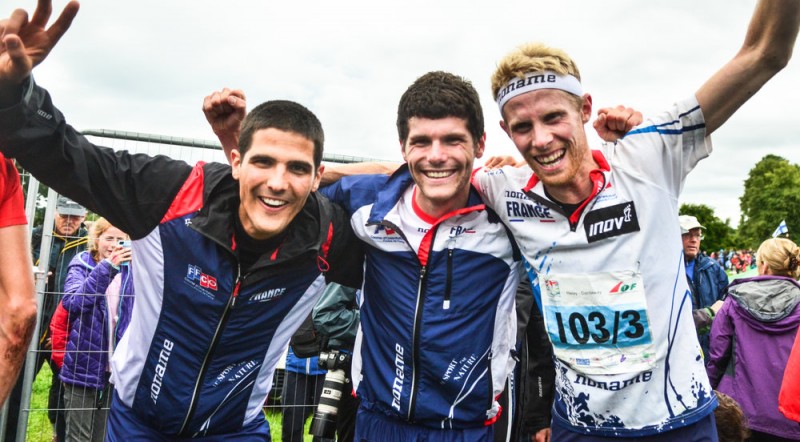 – The World Cup does not matter

– This is why we will not go to the World Cup final, Boichut explains. If the athletes are prepared to pay everything, it might be OK to go to a World Cup. – Instead of going to the World Cup, we prepare for the coming World Championships.

More of the story in the LiveBlog from the conference

You can find more details from the presentation of France in the LiveBlog from the conference here.

Jan Kocbach is the founder of WorldofO.com - taking care of everything from site development to writing articles, photography and analysis.
@jankoc
Previous Czech Republic: Hard work with limited resources
Next Norway: Educate club coaches & build training environment in the clubs