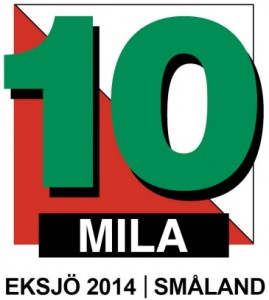 10MILA countdown: One day left until one of the main highlights of the spring season for an orienteer: 10MILA. Kalevan Rasti, Halden, Lidingö, Hiidenkiertäjät, Kristiansand, Vaajakosken Terä, OK Linné and Södertälje are the biggest favourites among the men. Halden, OK Tisaren, Domnarvet, Tampereen Pyrintö and Pan Århus are some of the top teams among the women.

The men’s relay has a very interesting twist this year: The last leg is the shortest leg – only 8.5 km. 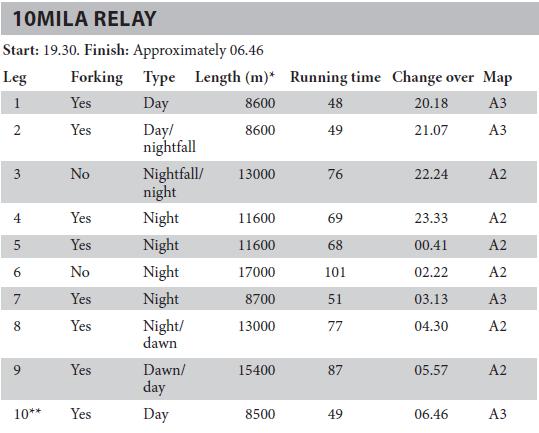 The Teams & The Favourites

Some teams have entered their running order on the 10Mila page, but many teams wait until the last chance to make their teams public due to tactical reasons. Even the running orders already entered may be changed. The last change to deliver the running order is Friday at 21:00 CET. Reserved may be deployed (only) in case of illness or injury.

Last year (see infographic below) the fight for being Top 2 in the men’s relay was decided on the 5th leg. Here Halden and Kalevan Rasti got a gap to the other teams. Halden was alone in the lead from leg 5 and all the way until the last changeover – but Kalevan Rasti with Thierry Gueorgiou decided the race on the last leg. 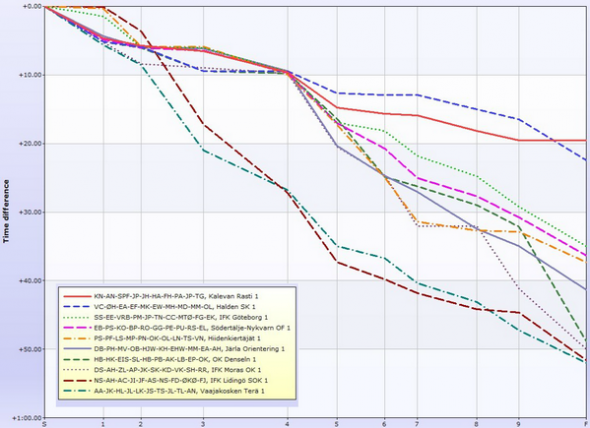 The winner from 2012, Halden, is tipped as the second strongest team. The running order is not yet made public. Other favourites are Lidingö, Hiidenkiertäjät, Kristiansand, Vaajakosken Terä, OK Linné and Södertälje.

In the women’s class, Halden is the favourite along with OK Tisaren, Tampereen Pyrintö and Pan Århus. We will wait for official running orders before speculating more about the teams.

There are a number of Live services available to follow 10mila 2014. If you have 150 SEK to spend, a combination of webTV, live results and the WorldofO LiveBlog is probably the best way to follow the event. 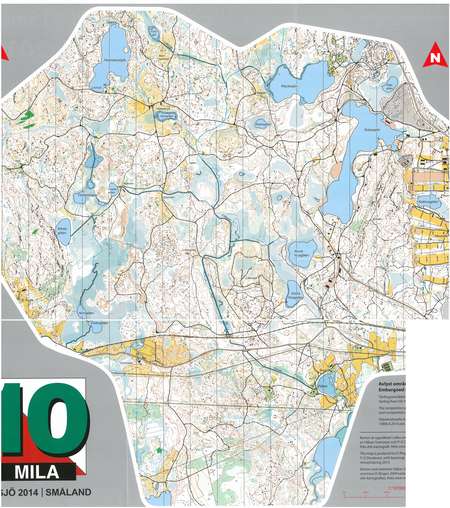 The competition area (see old map) is the same as used for the O-Ringen in 2009. The area is mainly covering a military training area. The training area is crisscrossed by a dense trail system with several detailed sections. Within the area there are also traces of motorcycling tracks that are so small that they are not mapped. All courses will to some extent get to the ridge Soåsen, a substantial hill that is next to the arena. Normal abundance of marshes, cultivated land and areas with thicker vegetation. Runnability is good to very good. The forest consists of mixed forest. Women’s and youth’s relay courses as well as some of the men’s shorter courses in addition to the Soåsen ridge will also go through relatively flat terrain, while the longer men’s courses will reach more hilly terrain.

Jan Kocbach is the founder of WorldofO.com - taking care of everything from site development to writing articles, photography and analysis.
@jankoc
Previous 10Mila Videos: Get in the MOOD for the NIGHT!
Next 10Mila 2014: Pan Århus and Kalevan Rasti took the victories