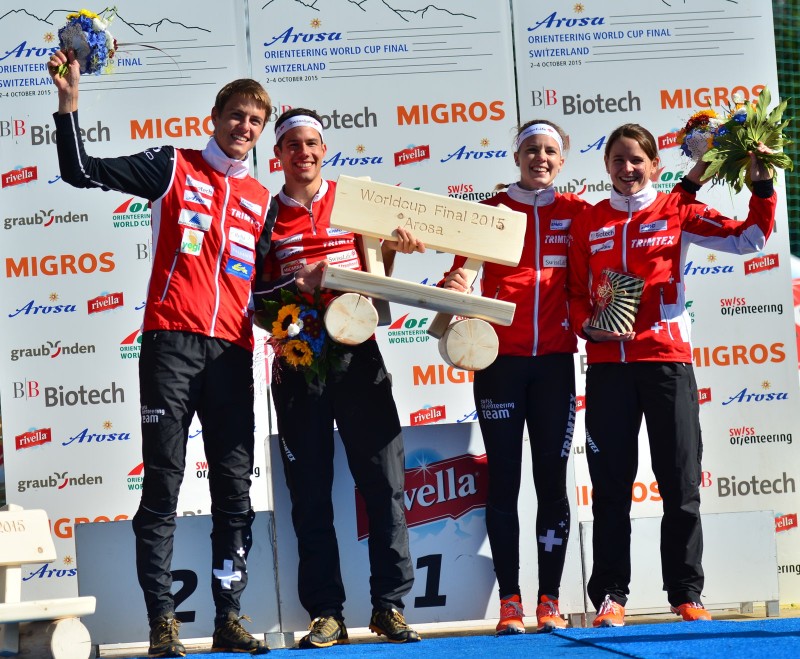 Switzerland won the final Sprint Relay World Cup race of the season – but Denmark managed a 6th place on a bad day and took the overall World Cup.

Switzerland was the strongest team today – and especially the strong races by the men Matthias Kyburz and Martin Hubmann on the 2nd and 3rd legs decided the race.

Switzerland did however also start very well – Rahel Friederich leading ahead of Italy’s Patscheider, Switzerland 2 and Finland. Denmark and Sweden were more than 30 seconds down. On the second leg Switzerland’s Matthias Kyburz crushed the field, and Martin Hubmann could start with a comfortable lead of nearly a minute. Hubmann did a good race – and Sara Lüscher had an “easy” job securing victory for Switzerland. 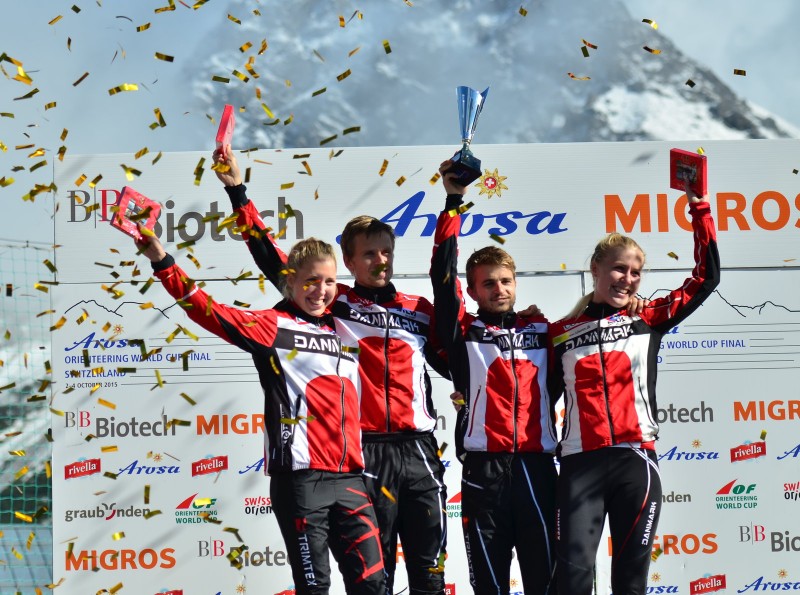 While Switzerland was running towards a clear victory, the real excitement was about the overall World Cup. Sweden needed a second place to win – and Sweden’s Annika Billstam was in the second position some controls ahead of the finish, fighting hard with Finland’s Merja Rantanen. In the end Rantanen was stronger – celebrating wildly in the run-in. Billstam and Sweden finished 3rd – not enough for the overall World Cup victory. Instead Denmark’s Maja Alm ran Denmark in to victory with a 6th place – 4 places better than the required 10th place. 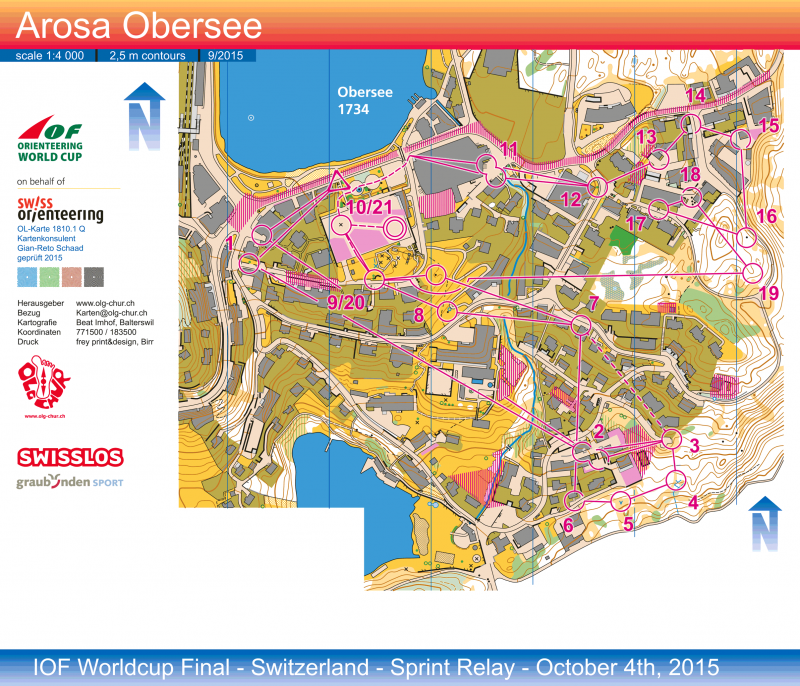 Here is one of the longest legs – no big difference between routechoices at first sight. WorldofO will take a closer look at the courses tonight – come back tomorrow for more. 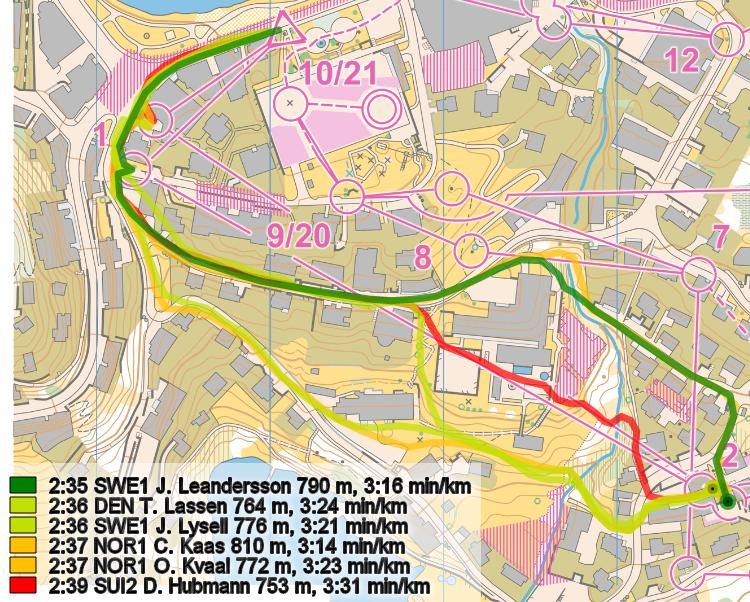 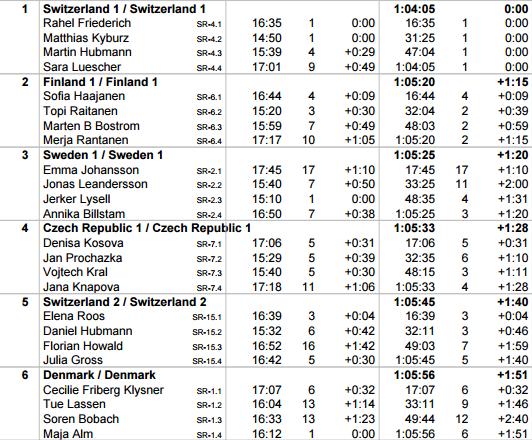