How do you orienteer and plan your routechoices in the terrain used for O-Ringen 2008 in Sweden? O-Ringen 2008 – staged from July 19th until July 25th 2008 close to the Norwegian border in the western part of Sweden – is one of the events featured in the article series “Top Multiday O-events 2008″ at World of O – giving you event presentations with a special twist! Read more about the “Top Multiday O-events 2008″ feature articles here – including information about how to submit your event. The content in this article is written mostly by the organizers, and World of O is not responsible for any inaccuracies.

The terrain – and how to master it!

… a delightful mix of small hills depressions and marshes with a moderate level of detail.

Runners will meet three different types of terrain at O-Ringen 2008. The first two stages ; typical Dalarna terrain with long sloping hills, patches of very detailed terrain, marshes and beautiful old forest. The terrain for the next two stages can be described as delightful alpine terrain where open alpine meadows mix with alpine forest and open pine forest. The level of detail in the terrain varies from a little to highly detailed. The terrain for the last stage is a delightful mix of small hills depressions and marshes with a moderate level of detail. Below you see map samples for these three terrain types. 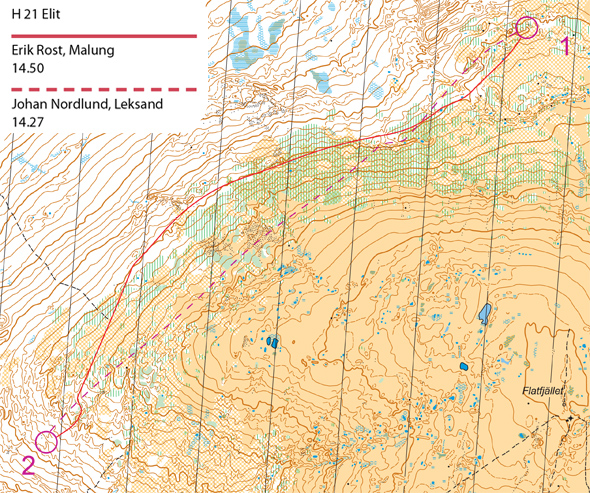 … climbing extra contours can become a mental, as well as a physical, ordeal

From a route-choice perspective, the biggest challenge facing the runners on this leg is the stretch of low and dense birch forest that covers large portions of the leg. Johan Nordlund and Erik Rost found two different ways to solve this leg.

Johan chose a route that goes pretty straight at the control. He expressed a bit of regret over not climbing earlier and spending more of the leg running across the nice open terrain on top. On the other hand, Johan managed to find a pretty good line through the birch patches. In situations like this, towards the end of a course, when tiredness makes its presence known, climbing extra contours can become a mental, as well as a physical, ordeal. Johan points out that it is important to be very careful with your direction in this type of terrain, as distinct features that can be used for relocation are very rare on the mountainside.

Erik Rost chose a route that mostly went through the white forest below the belt of birch trees. Based on previous experience of training in such terrain, he did this partly to avoid the birch and partly to save some contours. 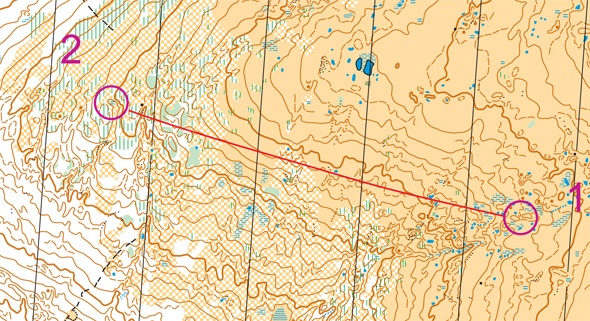 That stone may be small, but it’s very distinct vis-a-vis its surroundings…

In this next example, we move up a bit in age to H60. This leg is almost flat and goes mostly above timberline, with a more difficult approach to the control through a patch of birches and small pines.

The winner, John Johannson, HJS Vansbro, chose to attack this control straight on. He ran across the open terrain on top, checking off features he passed, and slowed down and became more careful as he entered the green areas on the downslope. He used the distinct gully with a stone near the top as his attack point. That stone may be small, but it’s very distinct vis-a-vis its surroundings, which is why it is mapped here despite its size being below the standard cut-off for mapped stones.

Competitors running O-Ringen 2008 better get used to this small stone size, especially during the so-called “mountain stages”, Stages 3 and 4. These small, but very distinct, stones can be very useful features for relocation up on the mountain side.

Below you see two pictures of typical terrain you will meet at O-Ringen: 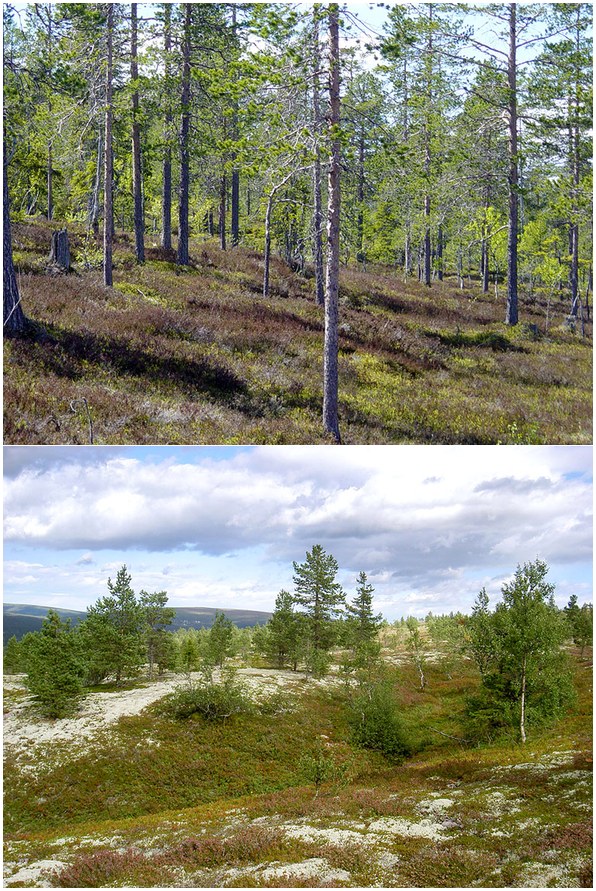 In 2008 we welcome orienteers from around the world to Dalarna and Sälen. Already we promise to provide that something extra that makes a competition special, how about…

You can find all information about O-Ringen 2008 in World of O Calendar:

O-Ringen 2008: A lot more than only orienteering!

This summer we will have the party of the century…

While Sälen is Scandinavia’s biggest winter sports destination, it also has much to offer summer visitors.
Sälen has just about everything you could want in a summer vacation: plentiful lodging options, a rich mountain life, babbling brooks, musical events, family activities, shopping opportunities, restaurants and cafés, fantastic woodland and mountain scenery, and a big dose of peace and quiet. If that’s not enough, you can visit Sälenfjällen´s Moose Park i the nearby village Rörbäcksnäs.

This year we will introduce “Checkpoint Sälen”. The perfect place to hang, for young orienteerers. It will be located in Lindvallen near the O-Ringen Square. Here you’ll find a bar, with the perfect food and drink for young orienteers, an internet café, a relaxation area, the opportunity to play video games, and even the opportunity to try out a few adventure sports.

This summer we will have the party of the century. Högfjällshotellet opens its doors for 2,500 orienteers ready to enjoy a fantastic after-ski (or after-O!) night out. One of Sweden’s very best after-ski bands, as well Sweden’s best O-DJ, will be there to make sure that you have an unforgettable evening. From the dance floor, you can see the sun setting over the mountains. It doesn’t get any better than this! 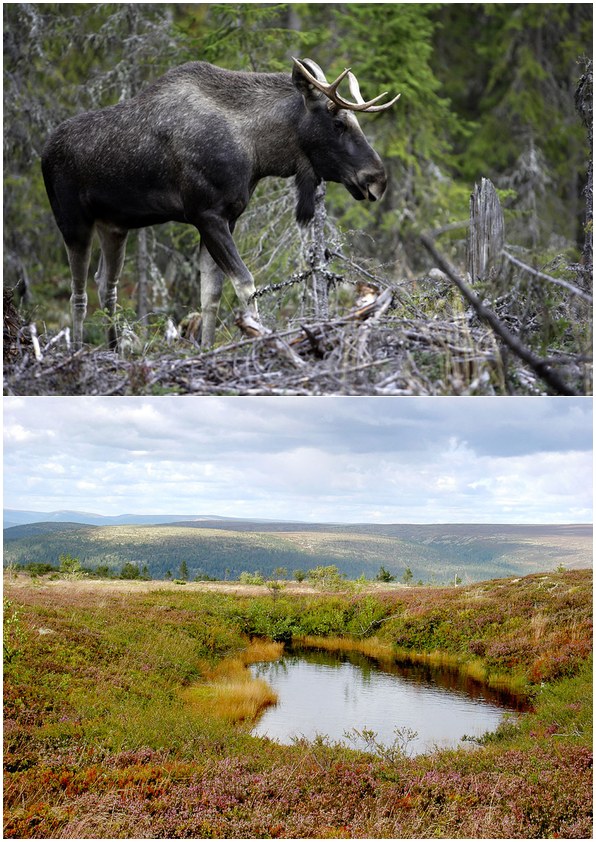