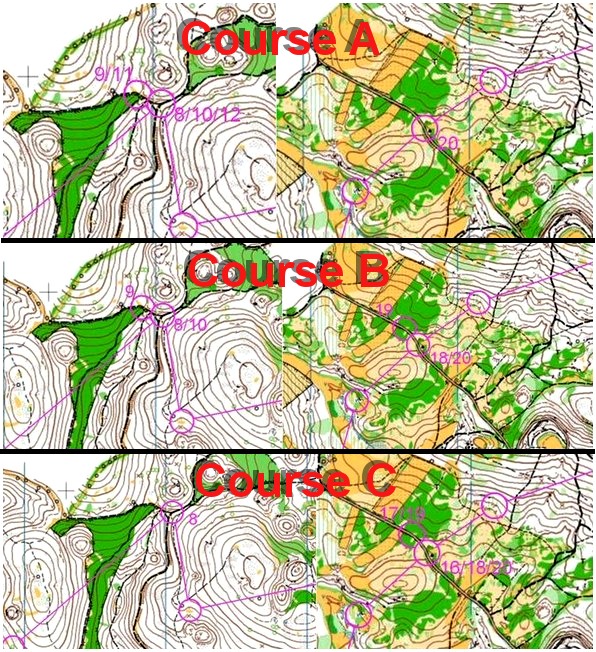 Dead running is probably the separation method which has best potential for spreading runners without the course planner needing to make significant compromises (except for increased start interval). For all other known spreading methods, the course maker must change the course layout – i.e. the butterflies, phi-loops or the other spreading method “steals” part of the course. Yet, dead running has been given little attention.

… get back the good route choice courses of the old days

– The idea with “dead running” is to kill two birds with one stone, says the inventor of the method, Jarkko Ryyppö, also known as the man behind Routegadget. – We are trying to both eliminate the pack/following issues and get back the good route choice courses of the old days, Ryyppö explains. Read on to learn more about the method.

This article is part IV in an article series about methods for separating runners in orienteering based on an extensive report on the topic. For background information about the report, see part I in the article series, which gives a general overview of the report along with main conclusions.

Dead running was described and briefly discussed in the extensive report about separating runners in orienteering, but the method was not given much attention. Based on the runners comments, it is clear that few have a good understanding of the method, and therefore this article tries to explain the method in detail. Note that the method is still untested – but tests are planned in Finland this winter/spring. Dead running is especially geared towards the long distance.

What is dead running?

Dead running consists of introducing controlled delays for the runners at specific places in the course. These delays are planned in a way which gives maximum spreading throughout the start field. The suggested type of dead running introduces 2 controls with delays, giving three different “courses” – A, B and C:

At the top of this page, you see an example of how dead running could be implemented in the course from WOC 2009 Long distance in Hungary (see here for the complete courses). Note that for this implementation, the running stretch is made on the road instead of in the forest. Running in the forest would make it necessary to make even less compromises for the route planner. For the various courses, we have the following loops/stretches:

Note that the runners can see from the map/control numbering how many running stretches they have to run.

To illustrate the potential of the dead running method, Ryyppö has taken the time to show graphically what would happen if dead running would have been implemented at control number 11 in the WOC 2009 Long distance at which the butterfly loop started in the actual competition. Note that both of the pairs Hubmann/Mamleev and Gueorgiou/Gristwood are split due to the delay: 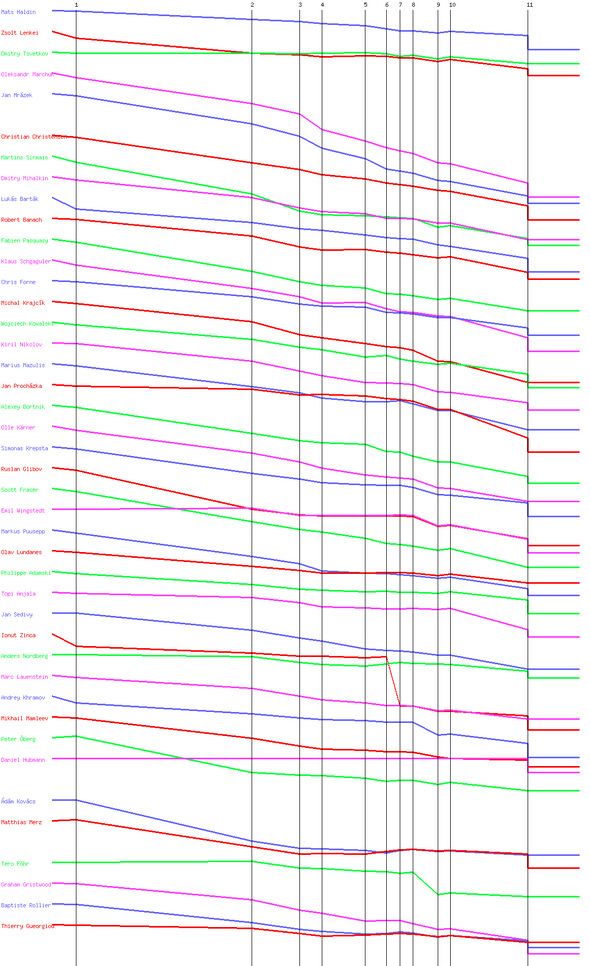 As any spreading method, dead running raises some issues:

Jarkko Ryyppö has written a document describing the method in detail. In the document Ryyppö discusses the choice of delays, course layout, how to set up the running stretches, and many of the issues regarding the method. A lot of effort has been put into making the method as fair as possible while giving maximum of spreading for the startfield.

What do you think about dead running? Can this be the future of spreading over the long distance in orienteering? Please use the comments below.

Jan Kocbach is the founder of WorldofO.com - taking care of everything from site development to writing articles, photography and analysis.
@jankoc
Previous Portugal O-Meeting Day 3: Map and Results
Next Weekly poll: SportIdent and DSQ due to missing registration