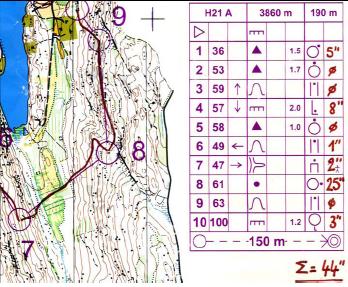 – One second mistake is still not good enough! This is what lies at the bottom of Thierry Gueorgiou’s orienteering philosophy – which he shared with the participants at the Norwegian O-Gala in the middle of November. Based on Gueorgiou’s two long presentations at the O-Gala, World of O presents a few short articles presenting some of the secrets behind Gueorgiou’s success. Many thanks go to Gueorgiou for sharing his presentation slides.

A good illustration of the perfectionist Gueorgiou is the following short story:

– When I started running for the Finnish club Kalevan Rasti, they laughed at me when they saw my control descriptions in which I put up 1 second mistakes [see illustration to the right]. But their attitude soon turned, and they started doing the same themselves. I am not satisfied until there are only zeros along the right edge of that control description.

And as everybody can see – Gueorgiou is getting closer and closer to his “all-zeros” goal. 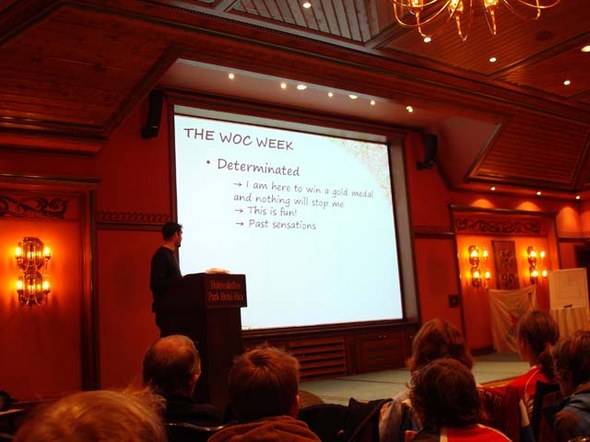 Thierry Gueorgiou’s father had an important role in Thierry’s development as an orienteer. – No training without a map, was the philosophy. Even when running on the track, the map was there. Thierry’s passion about O-technique is also mirrored in the new goal Thierry set after reaching his goal of becoming a World Champion in 2003: To become the best O’technician ever!

Following his fathers philosophy, between 40% and 50% of Thierry’s training has been orienteering since 1997 – quite impressive compared to many others in the world orienteering elite. And also a result of Thierry’s passion about O-technique. 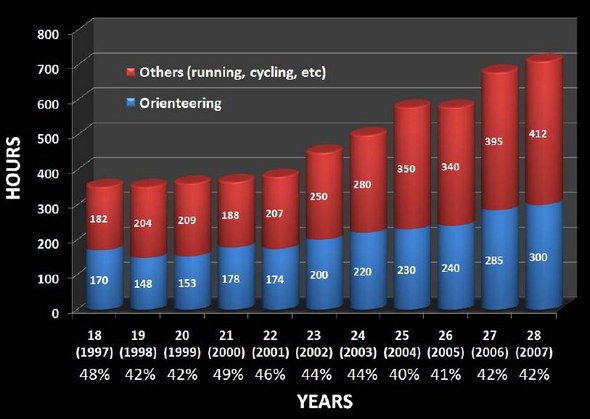 World Champion in his mind a hundred times

Over the years to come he continued becoming a World Champion in his mind.

At the World Orienteering Champs in France in 1987, Thierry’s dream of being a world champion was born – at the age of 8. 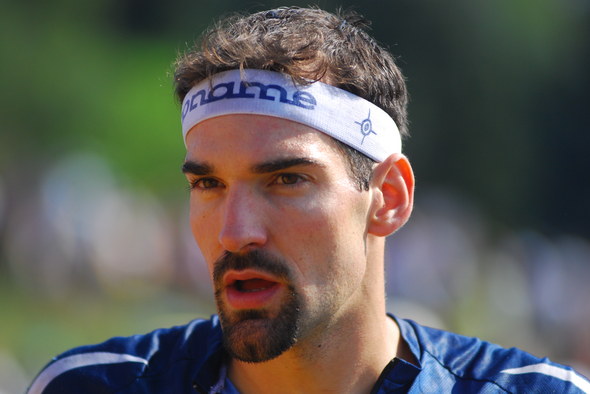 Until at the World Orienteering Champs in Finland in 2001: After a disappointing 18th place at the short distance in a close to mistake-free race, Thierry for the first time had to admit to himself that maybe he would not be a World Champion after all. – For the first time, I had to admit that my dream couldn’t come true, are Thierry’s words. This lead to Thierry taking his longest break from orienteering ever – a break of several months. Out of this break came Thierry’s rebirth as an orienteer: The “Full speed – no mistake” method – giving higher speed at lower risk. The “Full speed – no mistake” method will be the topic of the next article.

– For the first time, I had to admit that my dream couldn’t come true.

With this technique, Thierry regained his belief in becoming a World Champion – and the next one and a half years he won the 2003 World Championships in Trin, Switzerland over and over again in his mind. – The human brain makes no difference between reality and a mental picture. You have to feel that you are running in your garden. You have to feel that you have already run the World Orienteering Champs a hundred times, is Thierry’s attitude.

– It was “just once more becoming World Champion”.

The ultimate proof about how realistic Thierry’s mental picture of his winning the World Champs was: – When I ran into the finish as a World Champion in Trin in 2003, I was very happy – but not extremely happy. The reason: I had already seen this in my inner mind so many times before. It was “just once more becoming World Champion”.

To be continued with …

Jan Kocbach is the founder of WorldofO.com - taking care of everything from site development to writing articles, photography and analysis.
@jankoc
Previous Norwegian Orienteering Thriller: Blodføre
Next Route to Christmas: Day 5