The monsterleg to the second control in this years Finnish night champs (Karkkila) is already famous as it marked the start of one of the many interesting fights between the two best male orienteers in 2008 – Thierry Gueorgiou and Matthias Merz (thanks to “Mr. Routegadget”, Jarkko Ryyppö, for the tip). Which route choice would you expect Merz to follow – and which would you expect for Gueorgiou?

First take a look at the map without routes – and think about how you would attack this leg (if the map is too small, you may click on it to get it larger – click again outside the map to close it – note that the full files are at 600 kB – but you’ll need them to analyze the leg properly!!!): 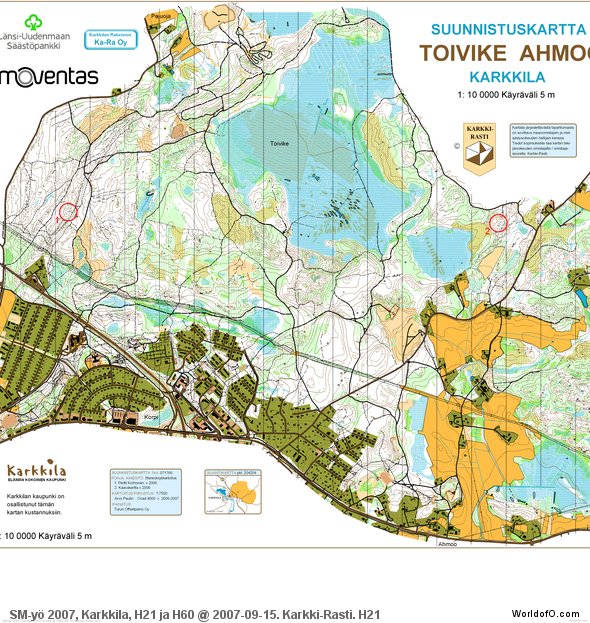 Back in 2007 there was no WebRoute in Route to Christmas – this has now been added to all old ‘Route to Christmas’ in March 2020. You can draw your own route using the ‘Webroute’ below. Think through how you would attack this leg, and draw the route you would have made.

Then you can take a look at how the runners who have drawn their route choice solved this leg. As you can see – Merz got an edge over Gueorgiou at this leg – but Gueorgiou had the best finish… 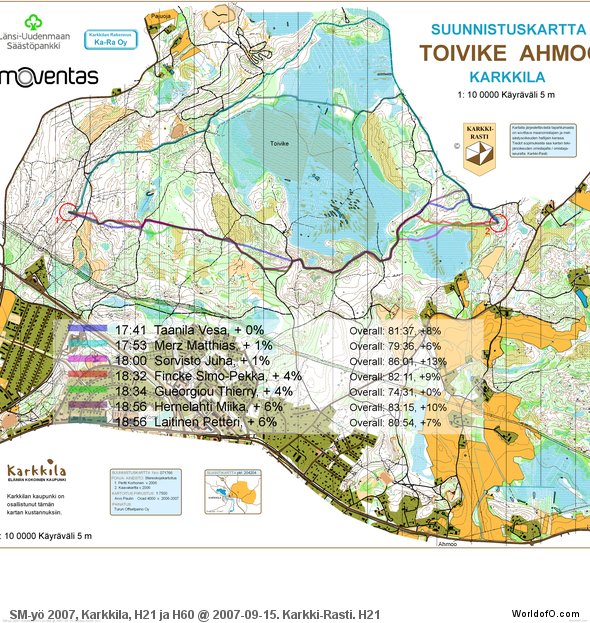 Another leg (leg 8) from the same race – where Gueorgiou got back on Merz: 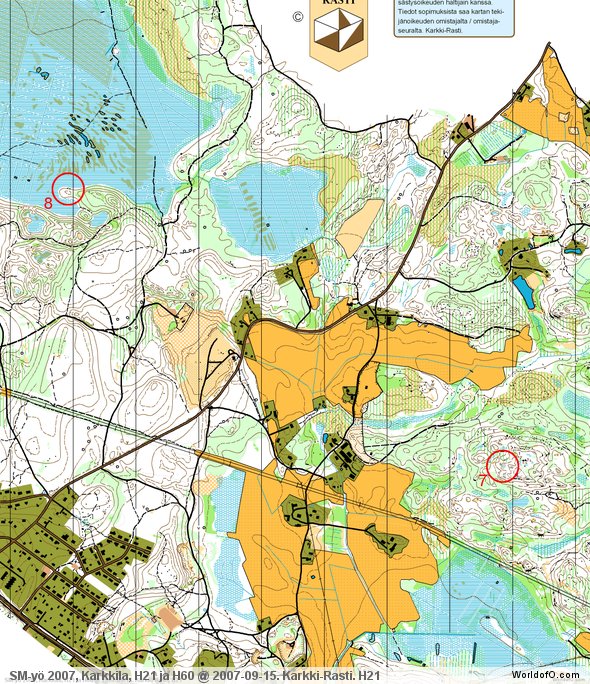 And again how the runners who have drawn their route choice solved this leg: 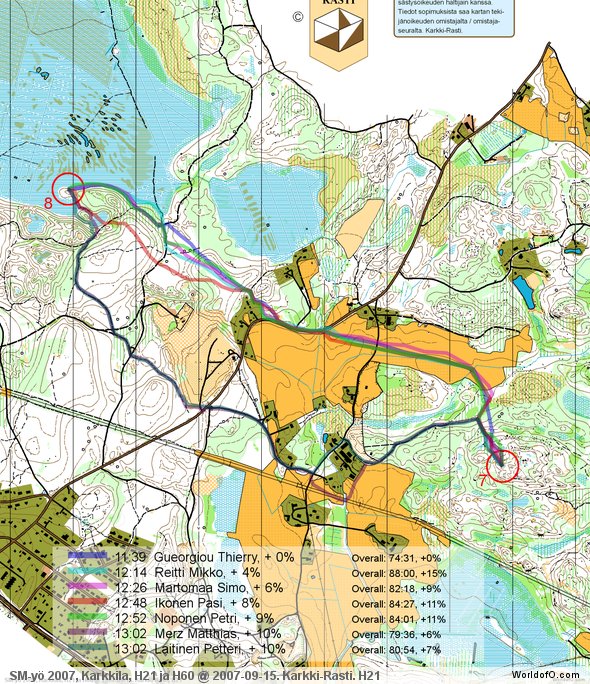 Source: Routegadget at this location.

Jan Kocbach is the founder of WorldofO.com - taking care of everything from site development to writing articles, photography and analysis.
@jankoc
Previous Follow-up of Gueorgiou-part-II: Analyze your map reading
Next Route to Christmas: Day 18