Todays leg in Route to Christmas is from a really long leg in Norway – featuring Olav Lundanes and Anders Nordberg among others. The chosen leg is leg number 9 in course from the Norwegian qualification races for WOC in Trondheim organized at July 4th in Verdal, Norway.

The leg is as usually first provided without routes – you may take a look at it and think about how you would attack this leg (if the image is too small, you may click on it to get it larger). Note that the leg goes from north (control number 8) to south (control number 9). 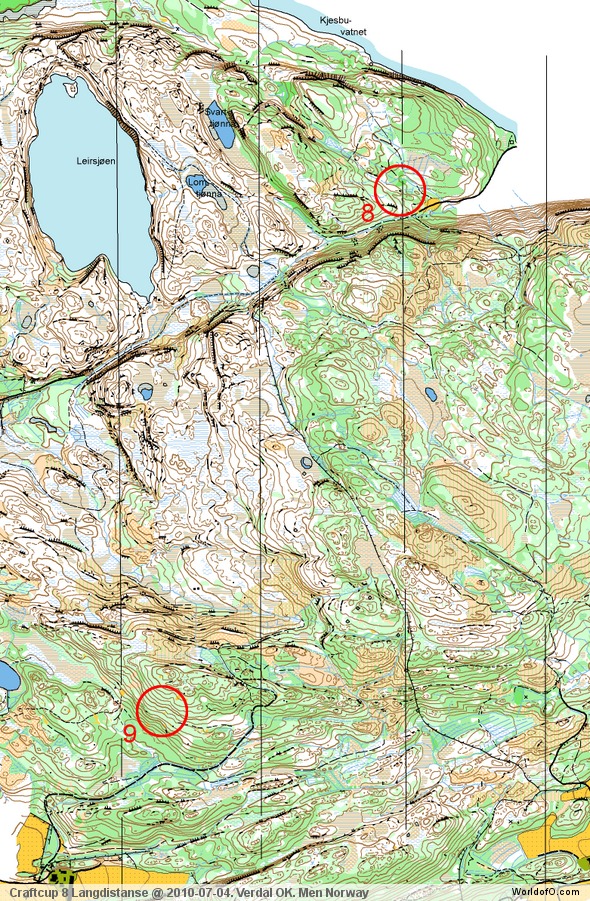 Then you can take a look at how the runners who have drawn their route choice solved this leg: 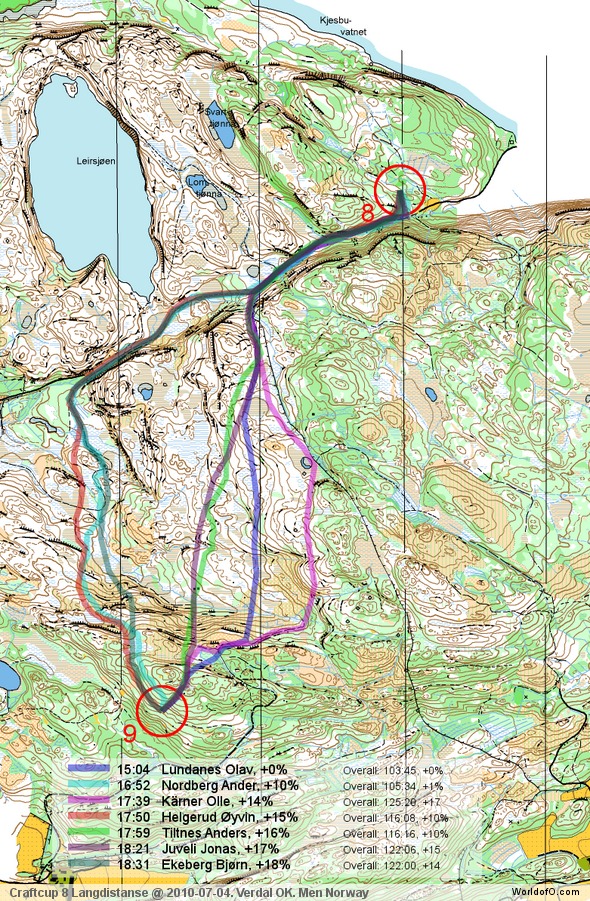 Sweden had their WOC selection races in the same location with very similar courses. As Sweden had GPS-Tracking for many of their runners via GPSSeuranta, it is interesting to take a look at some of their routes on this particular leg. Below I have chosen the three Swedish runners who are fastest on each of three alternative routechoices (note that split times are approximate). As you can see, Marcus Millegård is fastest with a route similar to the route of Olav Lundanes above (not shown here are routes of Erik Andersson and David Andersson who had similar routes and times of around 16:30 and 16:50). Comparing the position of Millegård along the leg with the positions of Matthias Karlsson and Jerker Lysell, you see that both Lysell and Karlsson loose time on the climb. Also, it seems that the runnability along Millegård’s route at the middle of the leg is better than for Lysell’s route. 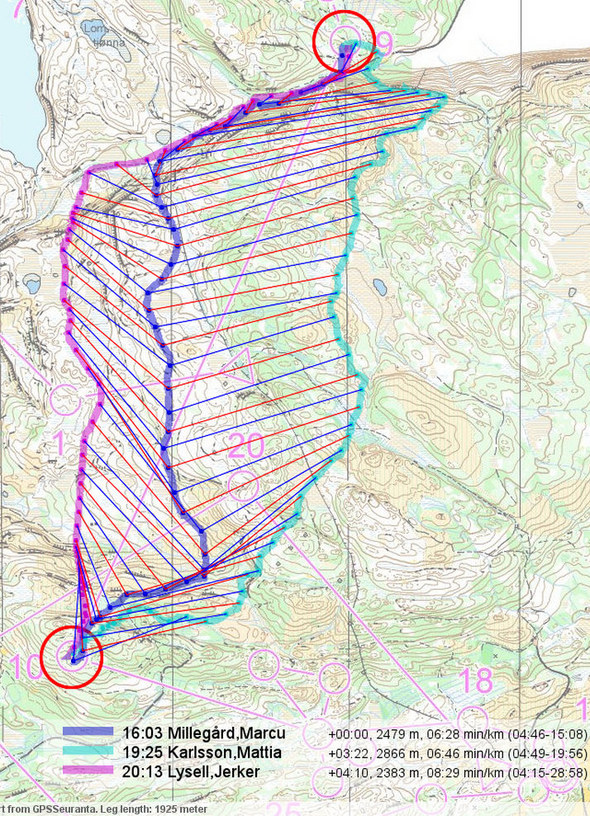 The ‘Route to Christmas’ series at World of O was very popular last years – and I’ve therefore decided to continue the series this Christmas as well. If you have got any good legs in RouteGadget from 2010-competitions – or old forgotten ones which are still interesting – please email me the link at Jan@Kocbach.net, and I’ll include it in Route to Christmas if it looks good. Route to Christmas will not be interesting if YOU don’t contribute.