Home / Orienteering News / Course of the Year: Top 15 as of now 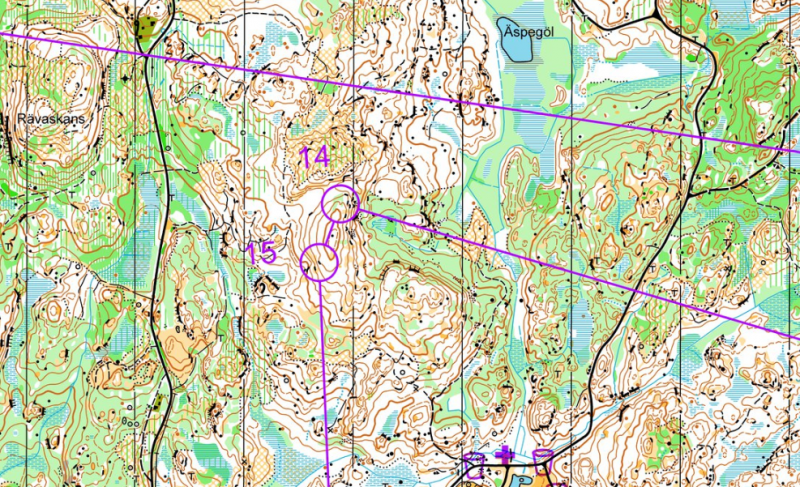 Sweden, Norway, France, Latvia, Hungary, Portugal, Finland, Switzerland and Czech Republic. 9 countries among Top 15 – and more than 500 votes have been given for “Course of the Year 2018″ so far. Below are the courses which are in the Top 15 so far, arbitrary sorted. A tight fight in the top – so nothing is decided yet…

Still not devlivered your vote? Do so here: 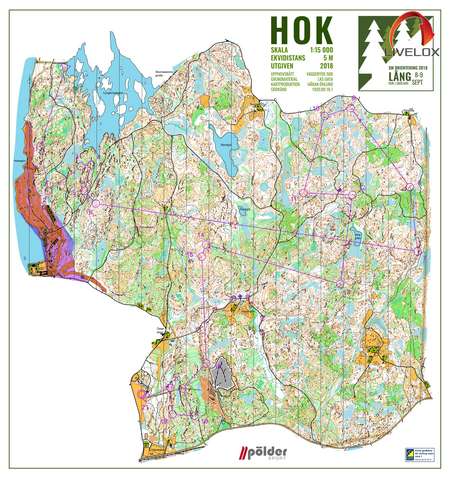 Several suggested this course; one of them was “von”, nominating the course for being:

A very though course with a lot of good routechoices that decided the race. 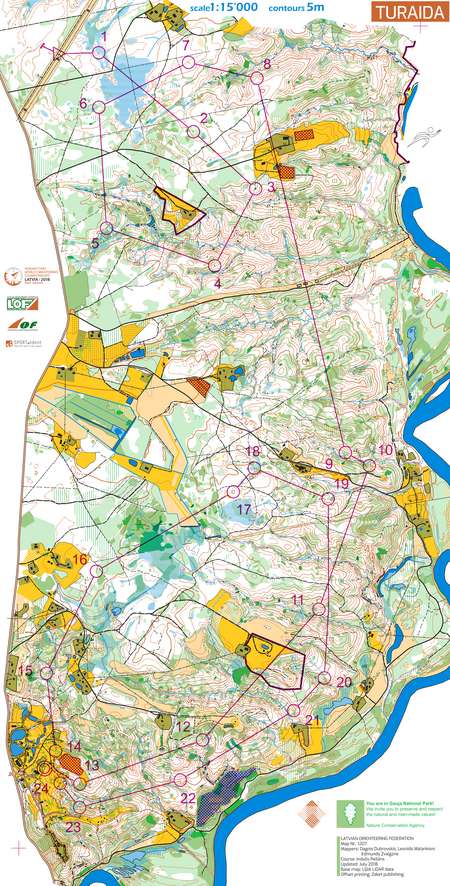 The first course suggested was OOCup stage 4, suggested by Grep POP with the following comment:

Here a beautiful race on a wondeful terrain, stage 4 of OO’Cup in Ain (France) last July. What more and what best for orienteering?

Several others also suggested this course – and also Day 3 of OOCup was suggested. 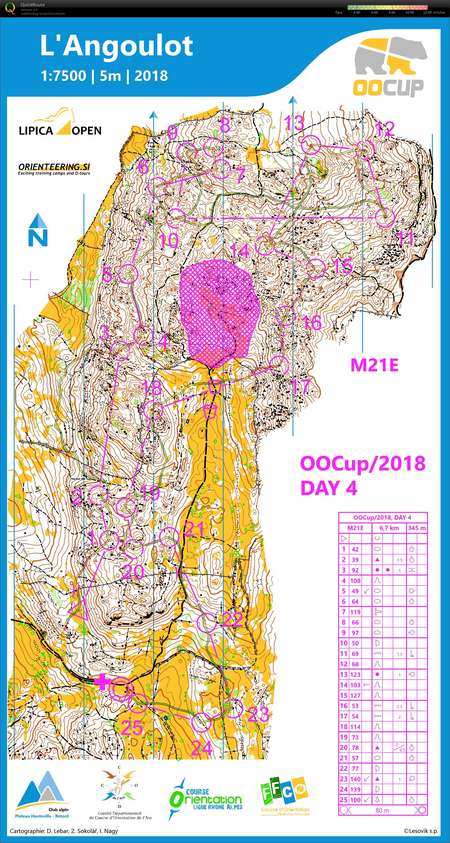 Tamas Baras was one nominating this map with the following comment:

I would like to suggest the Middle distance final from JWOC, Hungary. It is an amazing terrarian. I have never seen anything similar before. These juniper labyrinth are quite challenging for the experienced runners as well. You have to read the map carefully, and navigate without mistakes. It is easy to get lost there. 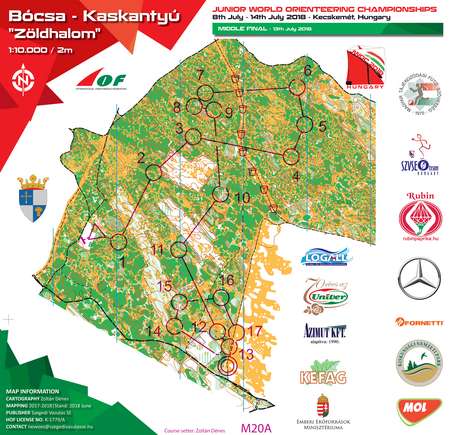 Suggested by Marika Teini in one of the interviews with the following description:

The course I enjoyed the most this year was a WRE race in Portugal in February,  III Meeting de Orientacao Dao Lafoes. The terrain was a nice combination of fast parts with good visibility and more detailed rock formations and green areas. Though there were no longer legs, you should have a good plan for each leg to avoid bushy areas and cliffs and to execute legs smoothly. I generally like courses with relatively many controls in detailed terrains, because then you have to be sharply focused all the time and it’s a lot about smooth but offensive execution. 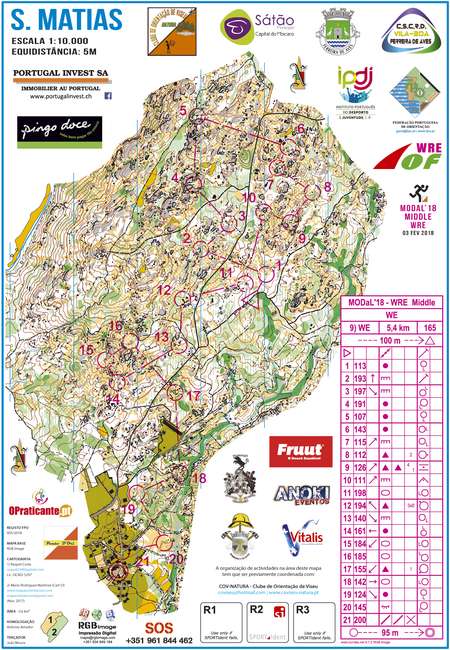 Suggested by Eva Jurenikova and Isak. Here is the nomination text from Isak:

I would like to suggest the norwegian champs ultralongdistance in Høydalsmo. Amazing 20 km course for the mens elite without barely any path running. Also incredible surrondings with open mountain terrain. The 2 km leg to the 16. control is truely one of a kind and also has several possible routechoices. 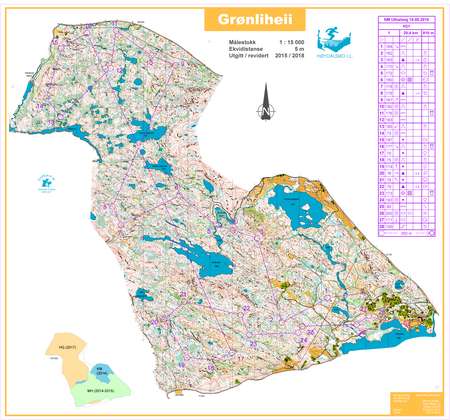 Chris was one of the readers suggesting EOC Long, with this nomination text: 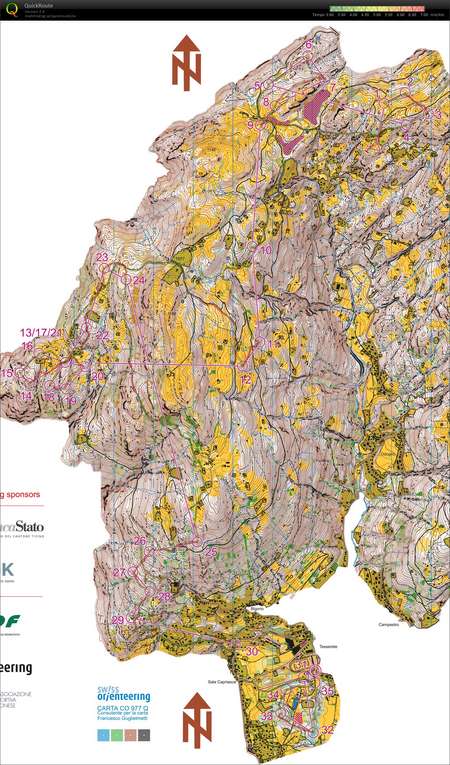 Suggested by many; one of them was Daniel Fehervari with this text:

I think the best course in the year. The World cup middle distance at Czech Republic. I ran this terrain 5years ago. Very beautiful and got a lot of really good route choice possible in this terrain.

and David Botond by this text:

I suggest the world cup final, Middle distance from the Czech Republic. This is the best world cup race I have seen this year. This lime stones are increadible, the course contains lots of interesting route choices, even the best runners made several mistakes. 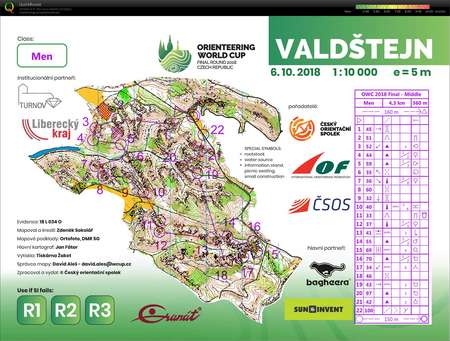 The World Cup Long in Norway was suggested by Eva Jurenikova with the following text:

The long distance from the World Cup in Skolleborg, Halden, Norway. I was test-running the women’s course early in the morning before the actual race, tired and still sleepy, making a lot of mistakes, and I was immediately thinking, that I should run it again later, to fully enjoy both the wild terrain and the orienteering challenges. It is not so easy to set a course with many route choices in Östfold terrain, most of the time you run close to the line, but here the course setter Öyvind Helgerud managed to find several legs where you have to think carefully about the route choice. 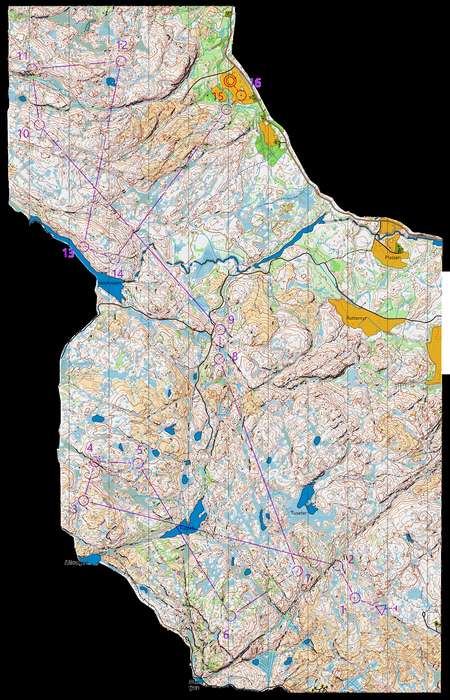 Kirsi and Ruslan Glebov where among the ones choosing this course. Here is what Kirsi wrote:

HTC suggested this course with the following nomination text: 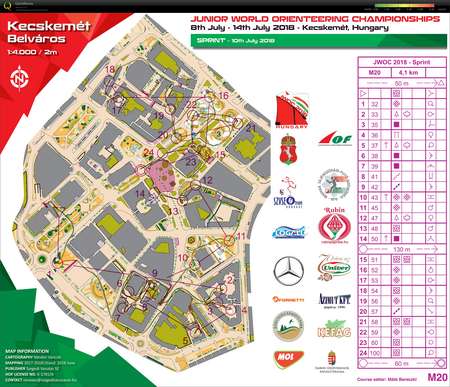 Many suggested this course – among others Arttu Syrhäläinen with the following nomination text:

One of my favourite terrains in Finland near by my childhood home. Great job by coursesetter Mika Ahola- classic long distance course with some really nice long legs ( 8-9 great leg for roadtoXmas). 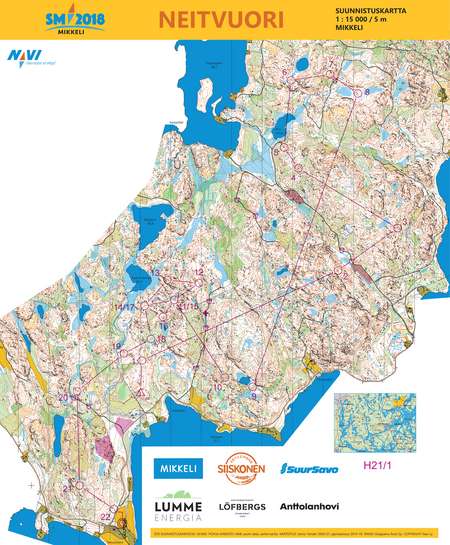 Eva Jurenika suggested this course also, this time with the following text:

A course which I wish I would run is district championships ultra long distance in Norway (organised by IL Bull Tromsö in September). Beautiful nature and interesting orienteering terrain, which I believe would be appreciated by most orienteers. The H21 course offers some interesting route choices, you do not just run straight. I have spent quite a few time studying the course and thinking about what route choices I would take. 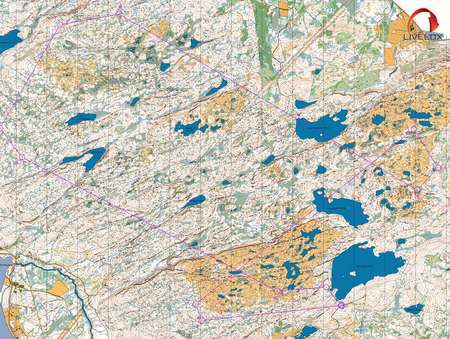 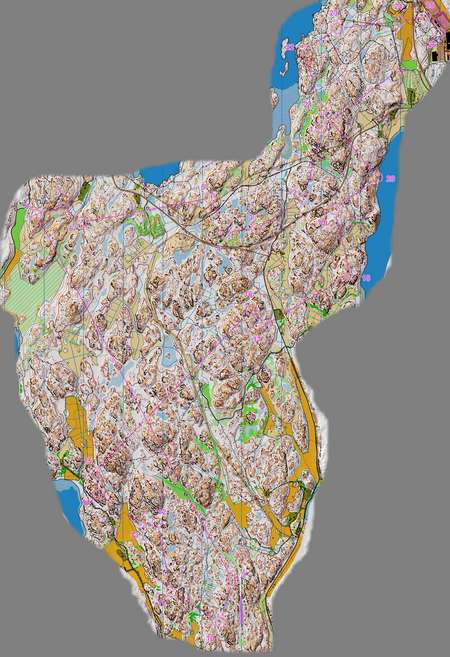 When voting you will notice that it is not easy to set up a “Top 5 List”, as none of the courses are perfect and there are a lot of courses to choose from! Still – do your best, and help the courses and course-setters you think deserve it towards the top! Please take a look at our sponsor prizes below – with a total value of more than 6000 Euro – before voting – as you can choose which one you’d want to win when voting.

The following rules are given for “The course of the Year 2018″.

Prizes from our Sponsors always makes it more fun! There will be a prize for the first one suggesting the course which ends up becoming “The course of the Year 2018″, and prizes drawn among the ones suggesting and voting. All prizes are transferable to other persons (you don’t have to travel yourself). 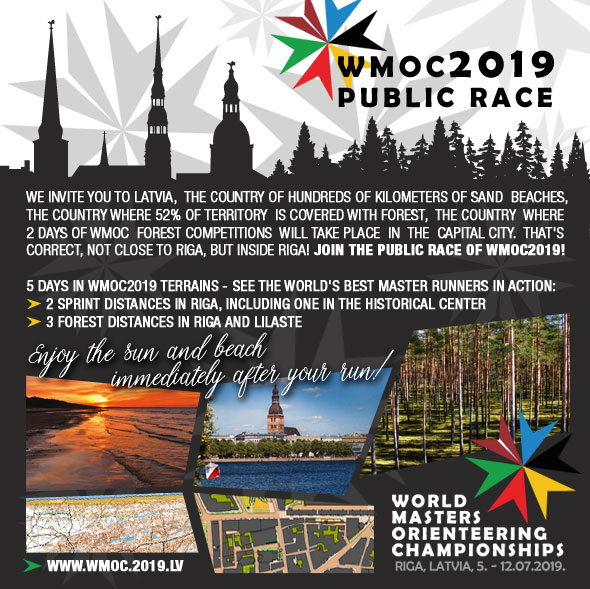 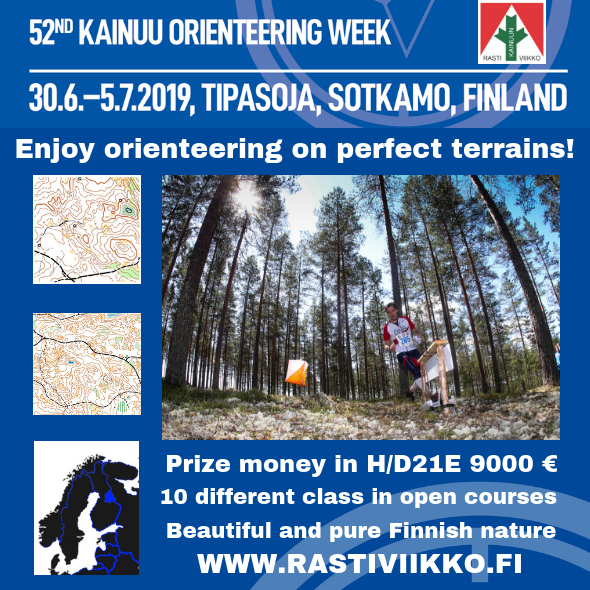 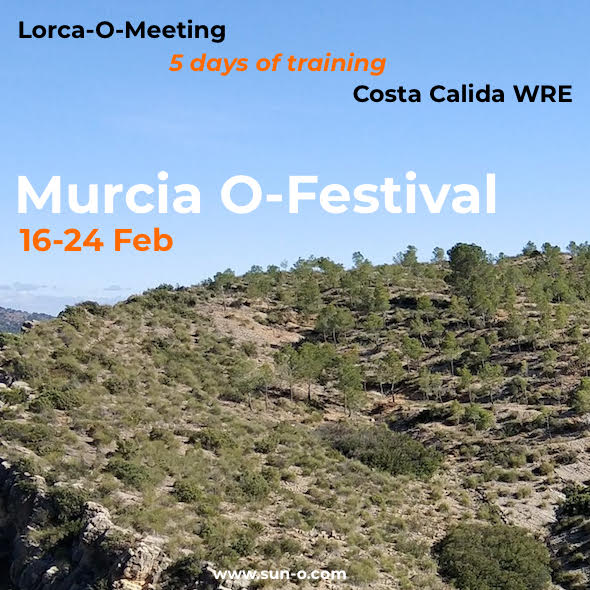 Jan Kocbach is the founder of WorldofO.com - taking care of everything from site development to writing articles, photography and analysis.
@jankoc
Previous Vote for Course of the Year 2018 Now!
Next Route to Christmas: Day 1 2018