The World Orienteering Championships starts on Saturday August 20th at 09:00 CET with sprint qualification in Strömstad – a small town on the west coast of Sweden.

For spectators – either in the arena or at home through the Internet or on TV – the World Championships in Sweden should be excellent. Live TV and live GPS tracking is provided from all races through the IOF live center portal – you should buy a week pass for Euro 20 if you plan to watch more than a few races (buy the WOC week pass or single passes here). The productions include 17 hours of live coverage. If you live in Norway, Sweden, Finland or Denmark you can watch the races live on Television, avoiding the live center. You still need to buy a IOF live center pass to watch the GPS tracking, though. Highlights from the championships will be available on TV in 64 additional countries.

There will also be live results available through the WOC 2016 webpage. WorldofO.com will follow the championships on the Twitter accounts WorldofOLive and WorldofO.

Startlists are typically available after the teamleader meeting the evening before the event – expect to see them around 20:00 CET either in Eventor or at the WOC 2016 webpage.

In addition to the WOC competitions, IOF will also be having several meetings which are important for the future of the sport (full see article about open meetings and General Assembly here).

Note that athletes are encouraged to update athlete information for cases where the information is outdated using their Eventor credentials via this link, as athlete profile information will be published in extended start lists.

A separate article has been published on WorldofO.com about the WOC 2016 terrain and old maps from the area. Below the central part of the article is included in the overview for each separate event.

The sprint races  are held in urban area with some narrow streets, small forested areas and some areas of grass and lawns. The area also includes hilly parts. Approximately 80% of the course lengths will be on hard surfaces. Altitude is 0-40 m above sea level. Below are some of the old maps of the area – included one automatically generated map (click for larger map). 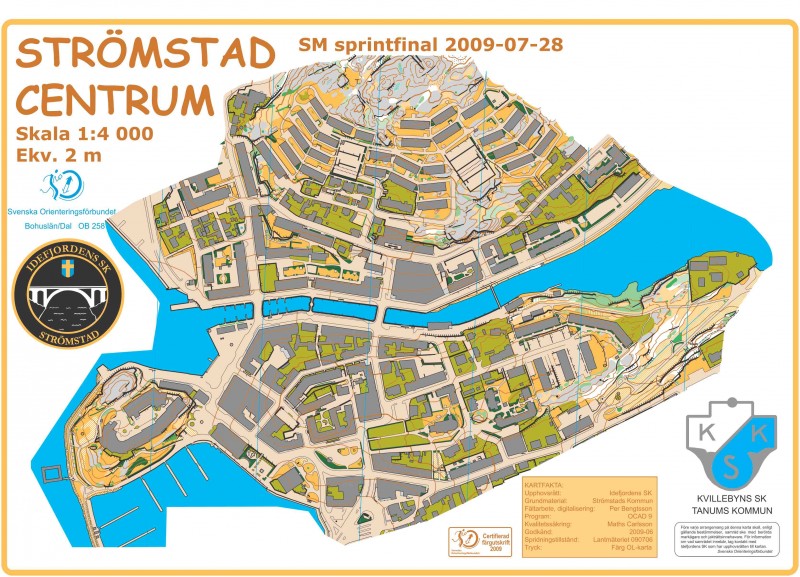 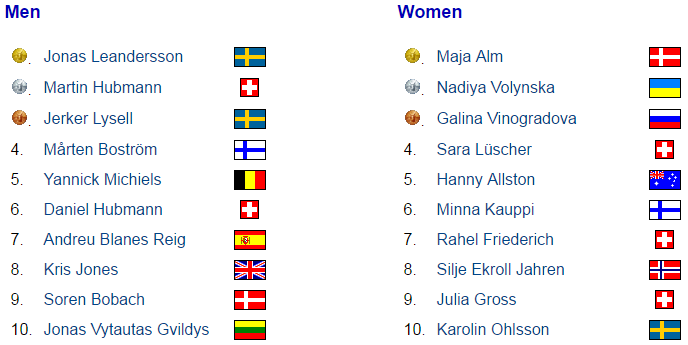 The terrain is similar to the terrain used for the individual sprint – see the terrain description and old maps above. 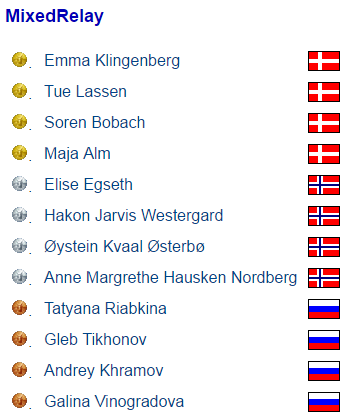 The middle distance (organized on Tuesday in Tanum) will be held in undulating terrain with a lot of areas of bare open rock. The map contains detailed contours with both larger and smaller cliffs and reentrants and marshes of varying size. The vegetation consists of coniferous forest, mainly pine on the hills with stands of spruce and oak in the valleys. There is mostly very good visibility and runability. Some areas of thicker vegetation and younger spruce forest may reduce running speed. There are only a few paths and smaller roads in the competition area. Altitude 40-150 m above sea level. One of the most interesting features of this terrain is the cliffs – which may make some interesting route choice dilemmas for the athletes. This has been seen in several of the selection races for WOC 2016. Below is an automatically generated map of the middle distance area. 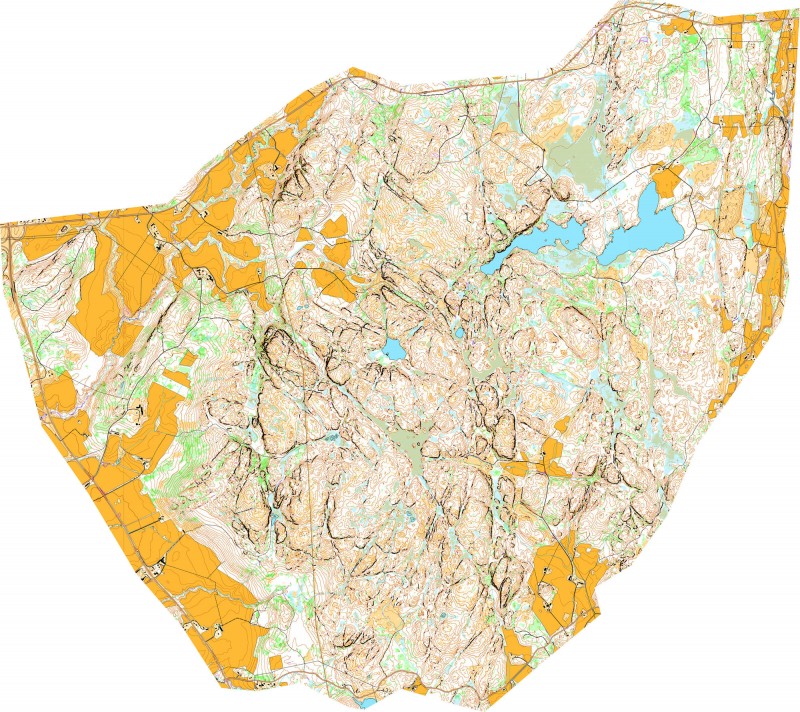 Note that there will be an arena passage for both men and women.

Reigning champions are Daniel Hubmann and Annika Billstam. See full results 2015 and article at WorldofO. See also the full analysis articles at WorldofO for the men and the women, respectively.

The Long distance (organized Thursday east of Strömstad) and the relay (organized Saturday east of Strömstad) will be going in undulating terrain with a lot of areas of bare open rock. As for the middle distance, there will be detailed contours with both larger and smaller cliffs and reentrants and marshes of varying size. The vegetation consists of coniferous forest, mainly pine on the hills and spruce in the valleys. Generally older forest with very good visibility and runability. The area also includes a lot of heather and some logged areas and younger spruce forest which may reduce running speed. Some larger and smaller roads cross the competition area and a network of larger and smaller paths. Altitude 40-200 m above sea level.

Below is an old map of part of the competition area and an automatically generated map. 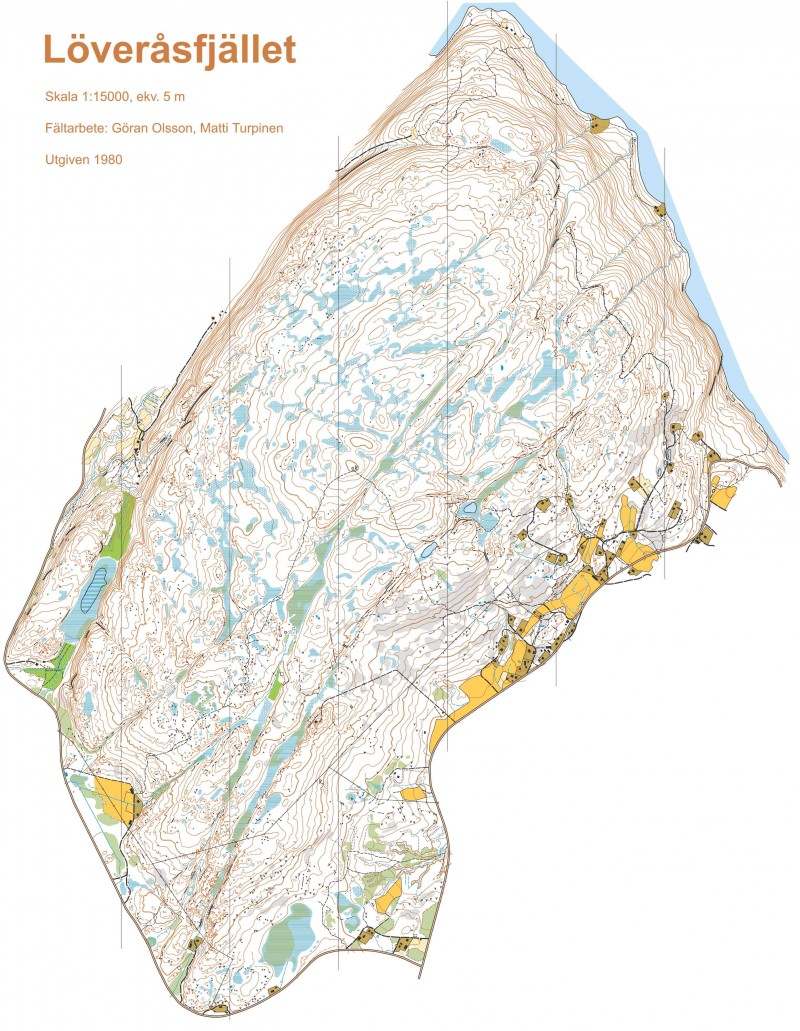 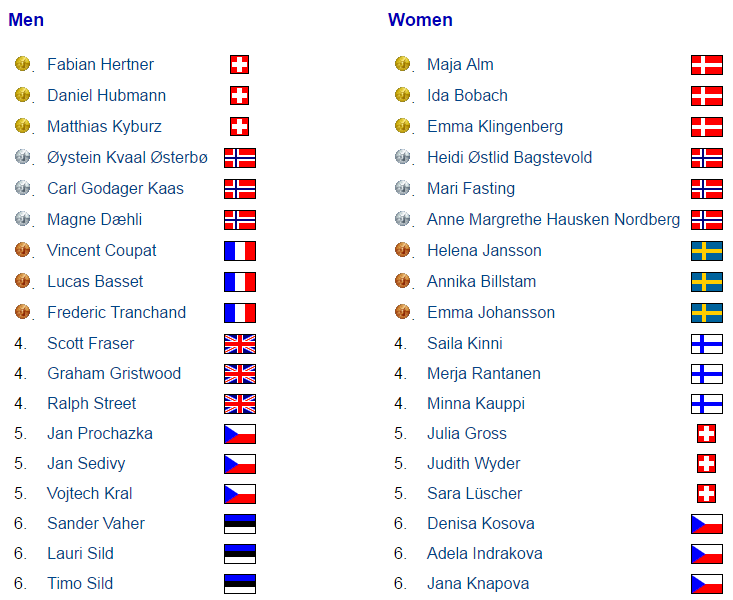 Reigning champions are Switzerland and Denmark. See full results 2015 and article at WorldofO.